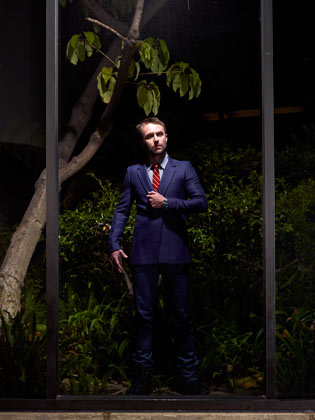 Once upon a time Chris Hardwick was that funny guy on Singled Out, a show my friends and I watched religiously, mostly during slumber parties. His co-host was Jenny McCarthy. She was really pretty, but also so loud and rude that it almost seemed brave. Then there was Hardwick, who was like all the skater-guys in school except older. I think at some point he dated the love of my life, Jacinda Barrett from The Real World: London (1995).

Anyhow, now Hardwick’s written this thing for WIRED about being a nerd who tried to be cool and then became a loser and then realized he needed to just embrace his Nerdism and roll gamely forward — actually, he wrote it last month, but I just found it tonight and really liked it so much. I guess its an excerpt from his new book! Anyhow, go read it:

Whether it’s games, alcohol, painted figurines, film continuity, or conversations where we’re convinced someone doesn’t like us because of something we said, nerds obsess. We zealously deconstruct. We have that very active internal monologue. I think many of the things we undertake are, in part, attempts to drown out that monologue. We are hyper-self-aware. We have difficulty “chilling out.” We tend to suffer from depression and anxiety. Sometimes it can get really bad. If you’ve never had a panic attack, for example, I’ll describe it thusly: Imagine being fucked in the heart. In most of these cases, barring severe chemical imbalances, the raw material here is obsession, and with practice obsession is harnessable for good.

A “nerdist”—or creative nerd—shares all of these traits but controls them in a way that allows them to deconstruct an idea and map out a plan so the idea can come to life. A nerdist can learn to turn off that internal monologue and calm the mind, the better to think about getting to the next level and its advanced set of rewards and challenges. And while a nerdist will obsess and deconstruct, it’s all in an effort to reach a goal. It’s the nerd’s greatest weakness that is the nerdist’s greatest strength: a laserlike ability to focus on something.