Hey there starship troopers! It’s the holiday season and we’re here to help you get your shit together in a variety of ways: recipes, kits, gift guides, holiday how-tos and so very much more. Come along with us, won’t you, to Autostraddle Holigays 2011!  FYI, if you follow the amazon links from our website when making holiday purchases, Autostraddle gets a little percentage of that money via our Amazon affiliates account, so we encourage you to do that All Season Long!! Thank you!

We’re approaching that time of the year where many of you will be forced to participate in the holiday season’s most inane ritual, the workplace Secret Santa gift exchange (aka Kris Kringle).This guide will make being someone’s Secret Santa at least 60% more enjoyable. That’s science.

Buying a gift for an acquaintance is impossible enough without having to stick to a budget of $20 or less. If you work in a large office, there’s a good chance you’ll be buying for someone who you’ve never spoken to ever, or worse – someone you can’t even identify by name. So what do you get them?

It’s tempting to leave the gift buying until the last possible hour because, after all, Tina from Accounting will never find out that the nativity scene snow-globe was a present from you. But that sense of security you’re feeling is totally false! At the next office party, whoever coordinated the gift exchange is going to have a few too many shandies and start ratting out the lousy gift-givers to their colleagues. If you think this doesn’t happen in your workplace then you’re probably one of the offenders.

As someone who has been on the receiving end of terrible Secret Santa gifts for almost a decade, I feel somewhat qualified to offer up some gift ideas and advise you on Secret Santa gift etiquette.

Don’t: Scented candles
If I had a dollar for every time I’ve received candles during Secret Santa, I’d have enough money to commission Madame Tussauds to melt those candles down into a vanilla and peach-scented statue of Det. Kate Beckett. Now that would be a good gift. But instead what I’ve got is a box full of fruit flavored wax taking up valuable sneaker space on my wardrobe floor.

The thing about scented candles is that you have to be either a candle person or a pot-smoking teenager to really appreciate them, and that probably rules out a lot of your co-workers.

Do: Gift cards
At some point in your life someone from the olden days probably told you that gift cards are highly impersonal presents. That’s what makes them so perfect! You don’t know your colleague on a personal level, don’t bother to pretend otherwise.

If your first instinct was ‘candles!’, maybe give them a Home Depot gift card instead. That way they can buy, or not buy, as many candles as they desire. Also Amazon.com Gift Cards are great because if you totally forgot about Secret Santa then you can download and print them minutes before the exchange.

Don’t: Gift baskets
Gift cards say ‘I don’t know you but I want you to buy yourself something nice’. Gift baskets filled with lavender bath salts and duckling-shaped washcloths say ‘I don’t know you and I don’t care about your happiness’. Also, apartments with bath-tubs are expensive. If your co-worker cannot afford to own a bathtub then they might resent you. I’m just saying this because I probably would.

Do: Gourmet tea or coffee
Most people drink beverages as they work, and you don’t have to be Veronica Mars to figure out what that their preferred beverage is – just follow them into the kitchen. Gifting gourmet tea, coffee or hot chocolate will appear thoughtful and also taste better than the cheap crap the company provides.

If you’d rather take the non-perishable route, maybe go for a desk-sized Bodum coffee press or this Tea Spot ceramic mug with tea infuser. 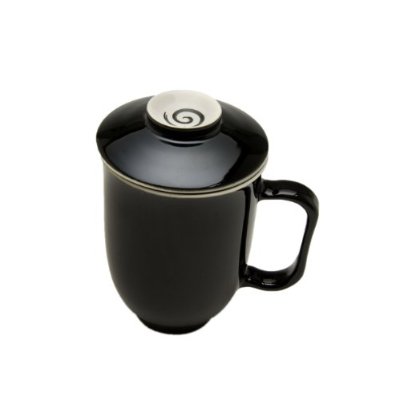 Don’t: Earrings
Not all females have their ear lobes pierced. Maybe you just rolled your eyes and shouted “DUH”, however the 4 pairs of never-worn earrings I’ve accumulated since 2001 have led me to believe this is not, in fact, common knowledge. Earrings will put your non-pierced co-workers in a tough position because faking excitement to spare your feelings just isn’t an option; they know one day you’ll realise they lied. No-one wins with earrings. Actually just steer clear of jewellery altogether.

Do: Chocolate or wine
Chocolate and alcohol can be re-gifted with a clear conscience. If your co-worker doesn’t personally enjoy chocolates or alcohol, what you’re giving them is the gift of not having to put any thought or effort into next year’s Secret Santa exchange. That’s perhaps the greatest gift of all. 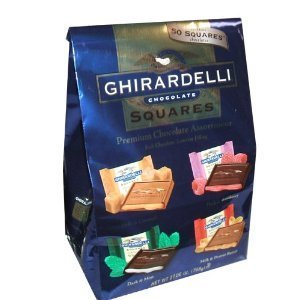 Don’t: Clothing
If the size is too big or too small then someone might get offended, so it’s best to just not go there. Unless you were planning to give them a Unicorn Plan-It t-shirt, in which case you definitely should go there. Just remember that they’re a unisex fit and so order a size down.

Do: Procrastination-enabling gifts
Procrastinating is something that all office workers like; it’s universal. I’ve never seen a procrastination-enabling gift go unappreciated. Any item or game that can provide a few minutes of distraction each day is going to be a winner, particularly if your co-worker is under 40 and also not your boss. For extra points, choose something that the entire team or department can get enjoy.

Suggestions include this Office Origami book, this poker set, and if you have a high tolerance for noise, this desktop table tennis kit.

Don’t: Inexpensive versions of expensive things
If a particular kind of gift typically costs $50 or more, don’t buy your co-worker an under-$20 version. If it’s perfume or cologne, it will smell like paint thinner. If it’s liquor, it will taste like paint thinner. There’s a reason that these things usually cost more than $20.

Do: Things that make being at the office better
Anything that will make the working environment more enjoyable, healthy or aesthetically pleasing is a good idea. I like to give people plants, ‘cause they’re cheap, pretty, and rid the office of pollutants. Only an asshole wouldn’t appreciate the benefits of a plant.

For something more interactive, consider a Bonsai Growing Kit. Or if your work environment is already appealing, buy them a gift that’ll improve the environments of others – such as art supplies for children in disadvantaged communities. Oxfam Unwrapped has so many great donation gifts, you guys.

Don’t: Job-related gifts
That cute frog-shaped hole-puncher may seem like a super great gift for an office paper-pusher but I assure you, it isn’t. Most likely it’ll only remind them that as soon as this shitty management-mandated gift-swap is over they’re gonna have to return to their desks and do some more fucking filing.

Also if the gift serves the same purpose as an object that can be found in the office stationery cupboard, the recipient may find it underwhelming. That includes USB flash drives.

The Official Book of Sudoku

Let’s help each other out – what are some of the best and worst Secret Santa gifts you’ve received? This year I have to buy for a nun, any suggestions?