T: You’re originally from this area. What was it like growing up here? Being from the South, I can’t imagine. It seems like a wonderland.

H: Well, I actually have a sob story, so it wasn’t so much a wonderland. But I think that the Bay Area’s been my saving grace in a lot of ways. Just growing up with access to educated people and being able to find opportunities to edify yourself. The weather’s lovely. I moved to the East Coast, and I was like…holy fucking shit. Turns out, I do not want seasons. I’m actually planning on moving to LA. As a native Northern California-er, LA seems like a bit of a vacuous wasteland to me…but one that produces a looooot of TV. 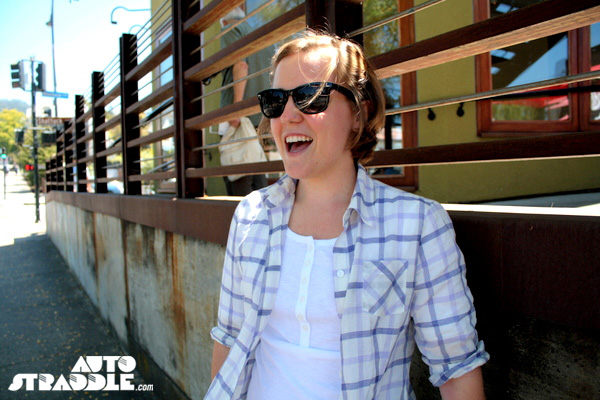 T: What are your favorite shows?

T: I like to watch the parts where the girls are doing the kissing. And then they talk about the kissing, and I watch those parts. I love the show, I mean.

H: It’s just like, singing, dancing homo-friendly. How can I not like it? Middle America’s like…well I guess being gay is kind of adorable! It’s shiny and happy!

I really like Mad Men, Game of Thrones. I run the gambit. I skip everything in the middle. I watch like the AMC shows that are ‘good quality content’ cinematic shows, and then I watch 30 Rock and Glee and Community I love. But I don’t watch anything in between that. People are like ‘Oh have you watched The Good Wife?’ I’m sure it’s a good show, but no.

T: I’ve watched the gay parts of that too. Exclusively.

T: You’re not a bad homo! Actually, the first time I saw your videos and went on the About section of your site, it literally says ‘Also, she’s a big ol’ homo,’ which is awesome. Was including your sexuality off the bat like that a question in your mind?

H: I think, as a girl, putting videos of myself on the internet, I wanted it to just not be a question I had to answer. I had just come out, and I didn’t want to continue to come out all the time. I was like ‘I’ll just make it public, and if people don’t like it, that’s totally chill.’ At least I’ll never have to be doing an interview with some guy and in my head I’m like…are we only doing this interview because he thinks I’m cute? Uhoh, now i should probably slip in the fact that I’m a big, big gaaaay. So I did it for myself. Again, I had no intention of any of this going anywhere.

I just wanted it to be a fact that was out there. And I really prefer the term ‘homo’ to lesbian. ‘Homo’ just rolls off the tongue. My favorite shirt is the ‘Homo, Hetero, Harto’ shirt on my website. That’s just hilarious and wonderful, because sometimes groups of fans call themselves ‘Hartosexuals,’ and I’m like ‘that’s so great guys…aww!’

On Why Everyone Is Obsessed With Her:

T: Obviously the queers will follow you to the ends of the earth, but straight dudes in the middle of the country are just head over heels for you too. What’s the deal? Why the universal appeal?

H: I think one of the things that I like most about this whole experience is the sincerity and the fan response that I get, the authentic kind of connection that I’m trying to build and maintain. It’s difficult, because the greater and the greater the scale becomes — which is good because it means i could entertain for a living — It’s hard to maintain those connections. Anyway, I got this one fan email, and I think I might have mentioned this before, but it was from this guy. He was like ‘I’m a straight conservative Dad from Montana and I had no idea that you were gay. And it doesn’t make me rethink my opinion of you, I’ve been a fan since episode one. But it makes me rethink my opinion of myself.’ 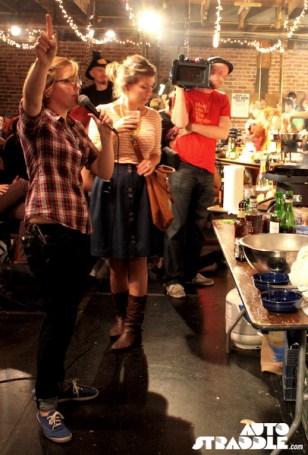 Our similarities vastly outweigh our differences, you know what I mean? The innate human experience is much more potent than the issues we get caught up in. I’ve also had people be like ‘I didn’t commit suicide today.’ ‘I just got out of rehab and thank you for making me laugh.’ Or ‘I’m coming out in the middle of America…what do i do?’ It’s heavy. It’s heavy and it’s real.

I love the intimacy. That’s like, my favorite part of this whole thing. I genuinely care what my fans think. I genuinely care about producing new content for them. I genuinely try and remain active with the emails, and Twitter messages, and the Facebook wall and it’s frustrating because the more and more busy I get — being like entirely a one woman production, you know, like every aspect of the “business” is me — all I want to do is perform and respond to fans.

T: Do you really try to respond to everyone?

H: I’m on June 22 right now. I don’t get mean emails, but I have this one dude on Twitter who’s super aggressive and hates me. I don’t want to block him, because that’s like paying attention to a bully. I’m just ignoring his existence completely. Except in real life, when I talk about it. I try and avoid the flames…I’m so sensitive. Well, not so sensitive, but I am a real person and it will hurt my feelings to read that stuff.

T: Especially because you went from 0 to 60 with My Drunk Kitchen. You didn’t get the chance to build thick skin.

H: Absolutely not. But I don’t think there’s any point in life where hatespeech is gonna feel good or not feel like anything. It’s always going to feel like something. You just have to have more good in you that can cover yourself…like a balm. A soothing balm.

On Not Wanting to Be Tina Fey:

T: You’ve had a bunch of major interviews with CBS, Time, etc. Have you had any interviewers be weird about the gay thing or talk around it? 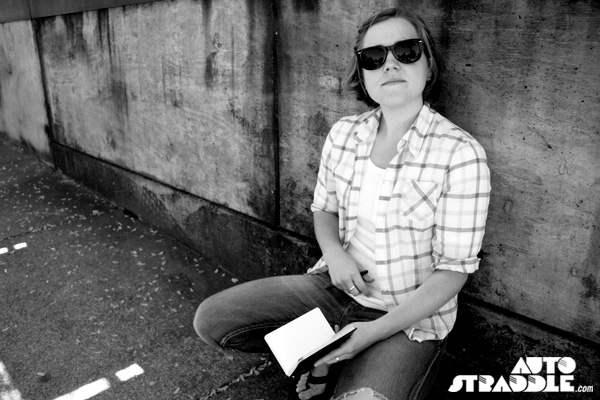 H: I have a show that I can host, like Joel McHale or Jon Stewart, but I can run around and act in other things. That would be super ideal.

T: Would you stick with the web series?

H: I’d like to take it off the web. I’m not opposed to the web at all. Our generation focuses all of our content on the web. The only reason I’d go off the web is just to have a broader scope. But I’m perfectly content to run my show online, you know? That would be my ideal scenario. Do I think it’s gonna happen? I hope so. But if everything were to stop right now, I’d be pretty content. I’d be like ‘That was fun. what a great experience.’

My life is very much normal. I just happen to make some YouTube videos that people watch. Will this lead to a career in entertainment? Hopefully. Is this a great interactive resume for comedy? Hopefully. Will this affect my likelihood of ever getting another job offer on a standard career path? Definitely. I mean…have you seen the vids? Who is going to trust their documents with that?!

It’s kind of hard too, because I’m experimenting in comedy and entertainment, and part of the reason I moved to New York is to have anonymity in that. And now that the internet thing kind of took off, it’s like I lost that freedom to fail without people knowing. I feel a lot of pressure that the next thing I do better be good or they’ll be like ‘Oh it was just that one joke. She’s not actually worth anything. Only that one joke was funny.’

T: But I feel like in your particular flavor of what you have going on is very much based on you as a person. People buy into you, who you are on a personal level…

H: I appreciate that. I feel like that’s something that I’ve really been blessed with in this experience. People aren’t trying to break me or anything like that. They’re like ‘Oh wow, thank you for doing some honest, sincere, non-snarky, non-negative form of comedy.’

T: Yeah, there’s no target. Or you’re the target.

H: I’m the target. Yeah I can be the target, we make jokes all the time about ourselves. That’s how you keep yourself in check. I really like that I can be a “lady” and be messy and be a little crass, you know? I feel a lot of freedom in that. Females in comedy have a choice….and it’s not like my comedy is super clean, but it’s not super filthy.

NEXT: The #1 question, the Lightning Round and The Big Event

Before you go! It takes funding to keep this publication by and for queer women and trans people of all genders running every day. And A+ members keep the majority of our site free for everyone. Still, 99.9% of our readers are not members. A+ membership starts at just $4/month. If you're able to, will you join A+ and keep Autostraddle here and working for everyone?
Join A+
Related:greatest hitshannah hartinterviewlesbian webseriesmy drunk kitchenwebwebseries