Beer! Ice cream! These are two of the best things, and they might be even better together. I once read a recipe for a Guinness ice cream float, which requires Guinness, vanilla ice cream and an optional splash of Bailey’s Irish cream (I should probably get on that right now). If you’re looking for something more like beer in your ice cream than ice cream in your beer, though, The Brewer’s Cow has got you covered.

The Brewer’s Cow makes beer-infused ice cream with flavors like Ten Penny Beer Nut Parfait, Black and Tan, and Bavarian Beer Brittle (and a yet-to-be-available Chocolate Truffle Stout flavor, which is what I would spring for). 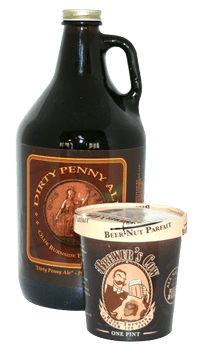 The Beer Nut Parfait flavor includes beer nuts, Ten Penny Ale, chocolate fudge and vanilla caramel. I have no idea what beer nuts are, but they sound delicious. (Actually, I just checked and beer nuts are actually peanuts, which I am allergic to. So, maybe I won’t eat this re: fatality, but it sounds delicious in concept.) 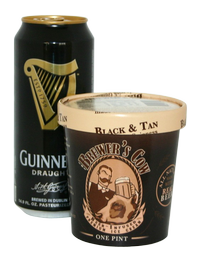 The Black and Tan flavor is infused with Guinness Draught and contains a “decadent Munson’s Chocolate Truffle Fudge weave.” I don’t think I’ve ever heard of something that sounded so delicious and simultaneously sounded like a textile. 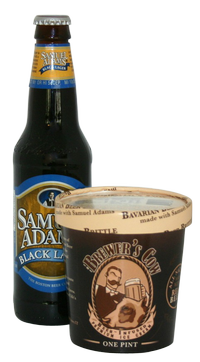 The Bavarian Beer Brittle is made with Sam Adams beer and Munson’s Bavarian Beer Brittle (which I have also checked, and it turns out it also contains peanuts; sad news for me, blissful news for the eight million Autostraddlers who avidly commented in the “10 Things That Taste Good with Peanut Butter” post — remember that one?). Anyway, if I may extend my imagining-what-peanuts-taste-like imagination, this sounds pretty amazing too — and the description of this flavor definitely sells it:

“The Brewer’s Cow Beer infused Ice Cream is a taste sensation that starts sweet and malty and finishes with the essence of your favorite brew.” 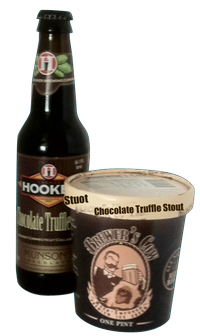 I find the lolcat font on the ice cream pint kind of hilarious. via http://thebrewerscow.com/

The last is the Chocolate Truffle Stout flavor, which does not contain peanuts (two out of four! not too bad) — instead it contains Thomas Hooker beer and chocolate truffle sauce.

The ice cream is a little pricy — for $79, (which includes flat-rate shipping) you get six pints of beer ice cream, which includes two pints of each flavor (except the Chocolate Truffle Stout). If you’re craving The Brewer’s Cow beer ice cream, you could probably go in and buy a pack with five other friends and fight to the death over which one is yours, gladiator-style. Or you could, you know, just share the ice cream. That’s what I hear people do these days.

An alternative is making a Guinness ice cream float at home, which is what I’ll probably end up doing, partly because of money but mainly because of the speed at which I can start eating beer ice cream (that is, immediately). All you have to do is take a few scoops of vanilla ice cream, top it off with Guinness and add Bailey’s Irish cream / whipped cream / chocolate fudge to your liking. Off you go!