The first time I ever heard the word “tomboy” I was probably eight years old. I’d been hanging out with my two sisters and three cousins, the six of us split down familiar lines — the two boys and me on one side, playing something, probably an amped-up version of Horse featuring alien subplots, and the other three girls on the other, playing something else, something I found extremely boring. Later, at dinner with our parents, seven-year-old Robbie related a recent conflict around a mouthful of hamburger: “My friend was making fun of me for playing with Cara. But I told him it was ok, because she’s a tomboy.”

I remember the parents exchanging glances that telegraphed a fear I’d had for a while — that something I had suspected about myself, but couldn’t pinpoint, was both noticeable and somehow concerning. But this fear was quickly subsumed by the glow of having found a word that fit me. It was the first time that had happened, and it became a barometer for jolts of future self-recognition. I was a tomboy the same way I’d later be queer. I didn’t yet know I was joining a really complicated history — I was just glad I could call myself something in my head. Of course, the history is complicated. But that’s what this column is for. 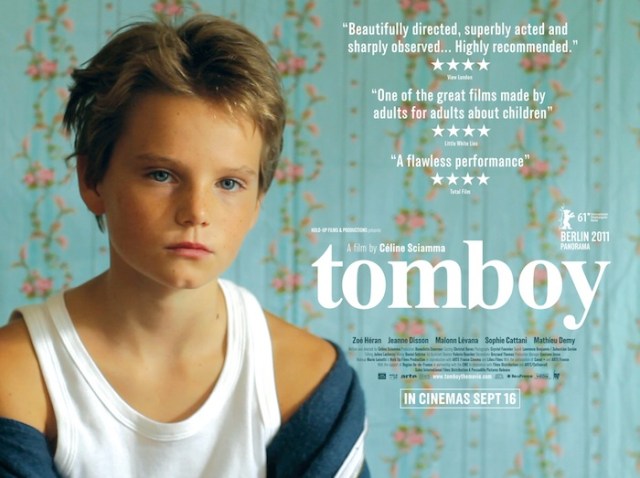 THE SECOND PULL QUOTE HERE IS A PRETTY GOOD TL;DR FOR THIS ENTIRE ARTICLE

Thomas is an old, popular, and easily shortened name. Like others of its type, it has lent its first syllable to many descriptive nouns and catchalls over the years. According to the Ayto Dictionary of Word Origins, when used as a prefix, “tom… was often used to indicate maleness and male aggression” (see: tom turkey, tomcat, tomatillo). And when first affixed to “boy,” it meant the same thing: it denoted a more boisterous and rude boy, a more stereotypical boy, the boyest boy of all — “tomboy” as “boy squared”. This usage first popped up in 1553 — when someone asked someone else “is all your delite and joy in whiskying and romping abroad like a Tom boy?” — and was possibly also related to its contemporaries “tom-fool” (a buffoon) and “tomfoolery.” 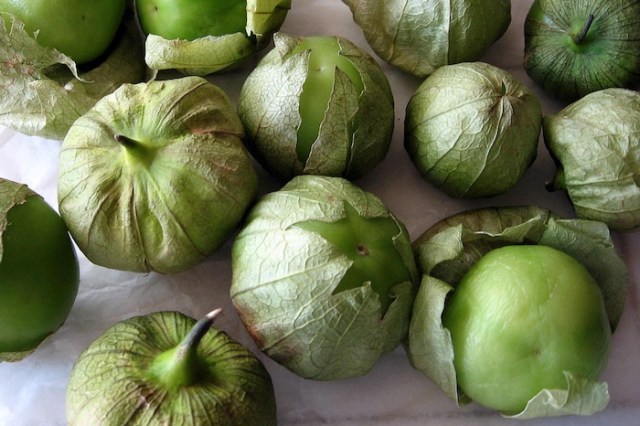 I WAS JUST KIDDING ABOUT TOMATILLOS, BY THE WAY

About fifteen years later, in 1579, the word “tomboy” made a perplexing and murkily understood gender-leap, and began meaning “a bold or immodest woman.” Although it kept its new gender associations, its overall definition quickly got its old spirit back. By the time it appeared in print in 1592, it was “connected with connotations of rudeness and impropriety.” Based on example citations from the Oxford English Dictionary, it was also connected with an outright disregard for gravity — tomboys, when they sat still long enough to be described, were pinned as “wild and romping,” “ramping, frolicsome, and rude,” and (my personal favorite) “a girle or wench who leaps up and down like a boy.” This definition, though common in England, didn’t make its way to America until the mid-nineteen century — the closest analogue on that side of the ocean was “hoyden,” which had classist undertones and was more blatantly insulting. 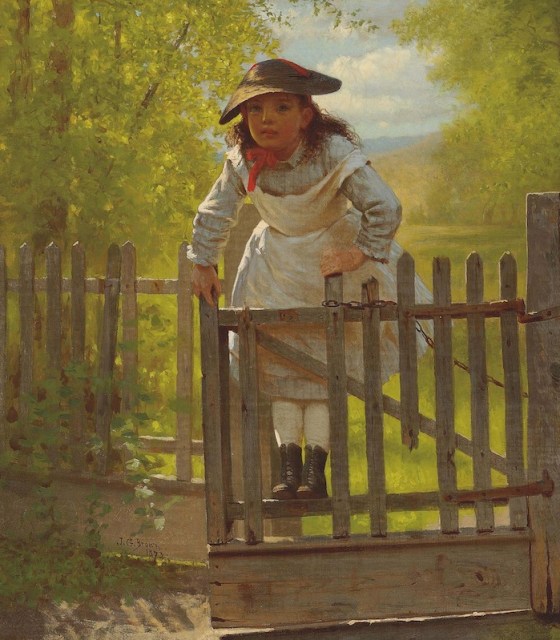 But one person’s (or culture’s, or time period’s) troublesome, rude wannabe astronaut is another’s hip new ideal woman, and by the time American English picked up on “tomboy,” its surrounding constellation of ideas had spun totally around. In Tomboys: A Literary and Cultural History, Michelle Ann Abate examines how the tomboy proved an enduring archetype, gaining prominence in the mid-nineteenth century “as a product of growing concerns over the deplorable health of upper- and middle-class white women,” and remaining relevant through changing times by shifting with and reflecting them. “By the end of the First World War,” Abate explains, “women were voting, engaging in such formerly masculine activities as smoking and drinking, and even asserting their right to participate in the “male” world of work… compared to women only a generation before them, the entire sex had been tomboy-ified.”

All of a sudden, people couldn’t get enough of the word — there were movies about tomboys, stage shows about tomboys, and awesome swing tunes called “Tomboy” that were huge hits in 1934 (alright, there was only one of those, but you should listen to it, because it’s cute and full of marimba). In the 1880s, characters like Little Women‘s Jo March and A Country Doctor‘s Nan Prince got the tomboy stamp by putting their careers ahead of (or firmly adjacent to) their domestic lives. By 1915, the female inhabitants of Charlotte Perkins Gilman’s Herland were strong and athletic, but got that way only by doing aerobics — echoing the progressive era’s emphasis on properly gendered exercise. Clara Bow, a silent film star in the 1920s, turned a childhood spent “playing baseball in the evening in the streets with the boys” like “a rough, strong little tomboy” into a career spent epitomizing a related archetype — that of the flapper, that “somewhat paradoxical combination of adolescent tomboyish androgyny and adult feminine sexuality.” 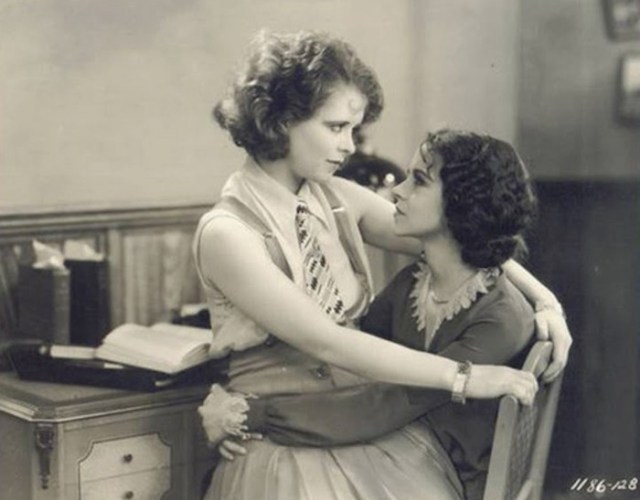 I SEE YOU, CLARA BOW.

This shifting quality, of course, makes a definition hard to pin down. But there’s one trend that all these historical tomboys have had in common — society thinks they’re supposed to grow up. In 1992, three researchers, seeking to connect the dots between childhood tomboyism and “adult androgyny and masculinity,” created a “12-point tomboyism index” that included such items as “engaging in loud or boisterous play with others” and “participating in traditionally male sports.” They found that “tomboyism was common and generally declined at puberty due to social pressure.” This social pressure has been writ large in tomboy narratives forever — Charlotte Perkins Gilman called tomboys “the most normal girl… a healthy young creature, who is human through and through; not feminine till it is time to be.” Scout Finch’s aunt moves in with her brother so that Scout can get “some feminine influence.” Laura Ingalls Wilder gets made fun of playing catch at school. Jo March marries that random professor guy. 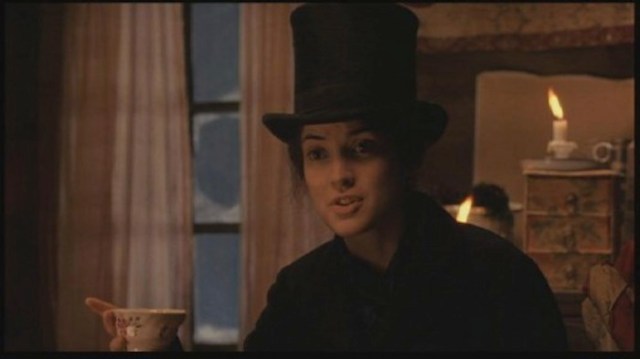 I SEE YOU TOO, JO MARCH

A trend emerges: tomboyism is only alright until it starts getting in the way of marriage and motherhood and all those other more historically established duties. In her piece last week on Ellen Page and Ellen Degeneres, Riese points out that although “research has shown that tomboyism isn’t a strong predictor for homosexuality,” a connection between the two “was endorsed by popular medicine and science until a few decades ago… So, a lot of tomboys learn early on that the way you dress alarms people because it means you might be this other thing.” Thus — despite the idiocy of Shiloh Panic, despite gender identity and sexuality being totally separate things, despite the fact that it shouldn’t matter anyway — that glance of recognition between all those adults at that picnic table when I was eight.

And thus, I think, the current reclamation of the word “tomboy” I see going on among queer women. Lynne Yamaguchi and Karen Barber — editors of Tomboys! Tales of Dyke Derring-Do, a collection of essays and stories by lesbians about their tomboyhoods — “identify a strong connection for their contributors between their tomboy and lesbian identities… arguing that tomboyhood is more than a phase for many lesbians, and seems to remain part of the foundation of who we are as adults, maybe because both tomboys and lesbians are transgressing society’s gender barriers and not doing what ‘normal’ women do.” There’s a whole tomboy aesthetic out there, defined by Blake of queerplusfashion as, again, narratively transgressive — “a continuation of that phase that was supposed to end before high school; the refusal to conform to the looming beauty standards that are thrust on young girls.” Keeping that tomboy identity past when you’re supposed to ease out of it is another way of writing your own story, of carving out a new space for yourself. 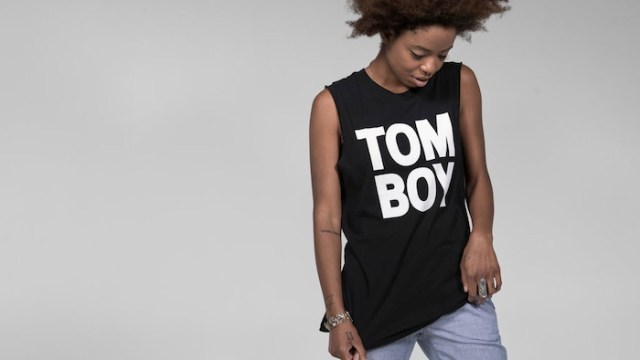 Of course, like any gendered word, it remains fraught. One person’s defiant refusal to succumb to societal pressure is another’s sign that femininity remains stigmatized and undervalued. As blogger Julia Swanson points out, “there’s a paradox in thinking that you’re better than other girls, when your whole reason for feeling that way is because you think your gender is so inherently inferior that you want to dis-identify with being a girl altogether.” Plus there’s that whole thing where it’s hard to tell whether perpetuating gendered words helps fight stereotypes, hierarchies, and binaryism, even if those words are being used in somewhat transgressive ways (Julia Swanson puts it well again — “boys don’t own the qualities that make a girl a tomboy”). But “tomboy”s gender-bending history — from boy-squared, to “boyish” girl, from innocent kid to fully aware lesbian, from bloomers to a chambray shirt with a ball cap— holds some promise for a freer world: one where anybody can be a tomboy, whatever the heck that happens to mean right now.

This has been the thirty-first installment of More Than Words, where I take queer words of all sorts and smash them apart and see what makes them tick. Every week I dissect a different word, trying to figure out where it came from, how it has evolved, where it might be going, and what it all means. It’s like reading the dictionary through a prism. Feel free to send word suggestions to cara@autostraddle.com.