Welcome to the twenty-second installment of More Than Words, where I take queer words of all sorts and smash them apart and see what makes them tick. Every week I’ll be dissecting a different word, trying to figure out where it came from, how it has evolved, where it might be going, and what it all means. It’s like reading the dictionary through a prism. Feel free to send word suggestions to cara@autostraddle.com.

It’s that time again! Time for me to drag all my dictionaries up a mountain and hang out with a bunch of amazing, smart, variously-identified people for a week. This past spring, I wrote about the history of the word “camp,” which involved oxen, army training, and Susan Sontag. I’ve decided to go a bit more lighthearted this time and give you the lowdown on a few camp-related words that happen to have interesting histories. Shoulder your pack and climb on in.

(p.s. Don’t fear, regular readers — our exploration of the word “feminist” will resume next time!)

This one’s so intuitive, I probably could have probably figured it out even without my fake diploma from Queer Etymology University. Just as a s’more is a melty portmanteau of graham crackers, chocolate, and marshmallow (plus sometimes peanut butter cups, if you are a nut yourself), the word “s’more” is an abbreviation of the phrase “some more,” squished together the way you would pronounce it if, say, your mouth were totally stuffed.

But who started calling them “s’mores” in the first place? It’s a rare food that’s named after an abstract request. I had originally guessed Oliver Twist, based on his showstopping line. 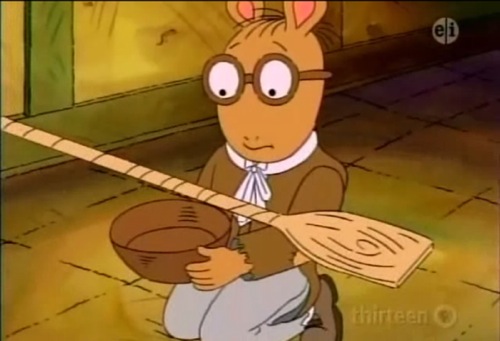 But a little digging revealed the culprits to be none other than that most legendary girl gang, the Girl Scouts. A 1925 article in The Norwalk Hour details an outdoor meeting during which Miss E. Simmons, fresh from a troop management course, introduced two new “dishes” to her local patrol leaders —”Kabobs” and “Some Mores.” Both “dishes” were “enjoyed thoroughly” (quotation marks the Hour’s. I pass no judgement on “Kabobs.”). Two years later, as part of their endless quest to monetize delicious sweet things, the Girl Scouts published the first official recipe for “Some Mores” in their 1927 classic handbook, Tramping and Trailing with the Girl Scouts. The recipe calls for two marshmallows toasted to “a crisp gooey state” and placed inside a “graham cracker and chocolate bar sandwich” (recommended chocolate: “Hershey’s or any of the good plain brands”), and ends with this dumb advice: “Though it tastes like ‘some more,’ one is enough.” According to the Online Etymology Dictionary, the phrase shortened into a “childish contraction” about ten years later, in 1937. So remember, when you ask for that second s’more, you are being officially greedy and childish. Perfect. 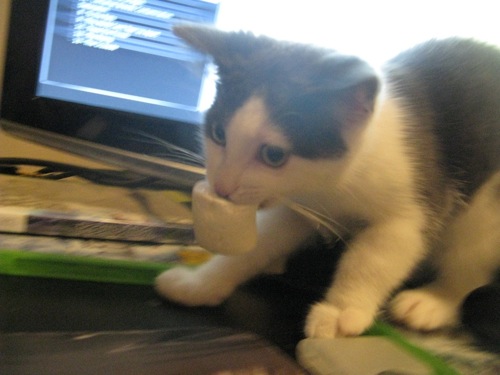 Did you know that you can do at least 180 things with a bandana, probably more? I bet that’s partly because a bandana (unlike, say, a neckerchief, or a bow tie) is not named for how you wear it or tie it, it’s named for how it’s made. So although it’s somewhat defined by its origins, its future is wide open. 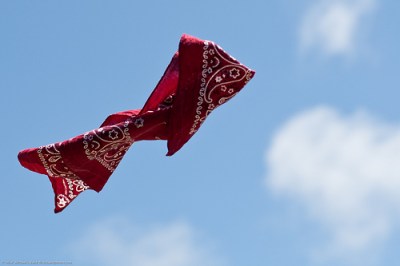 “Bandana” stems originally from the Proto-Indo-European root *bendh, which meant “to bind.” When it splintered into other languages, *bendh led to contemporary words like “band” (Old Norse) and “bend” (Old English). It also became the Sanskrit word “badhnati” (“he binds”). According to the Hobson-Jobson Definitive Glossary of British India, this became “bandhnu: a mode of dyeing in which the cloth is tied in different places, to prevent the parts tied from receiving the dye.” 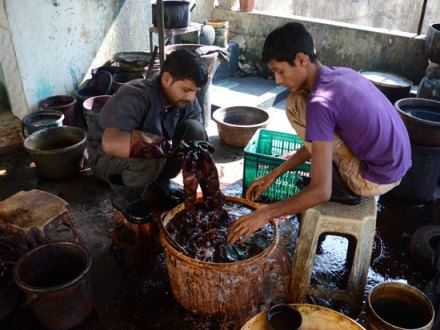 THE BANDHNU PROCESS. IF YOU LOOK CLOSELY YOU CAN SEE THE STRINGS (VIA DESIGN RESOURCE)

This type of dyeing and the dyed cloths themselves became etymologically conflated, and the name of the cloth slowly morphed. An 1817 record from the British House of Commons describing the recovery of “Six Bales of Prohibited East India Goods” from the Sloop George records “6 China Silk Crapes, 80 Bandannoes, [and] 6 Flowered Taffeties” among the seized items.  to “bandanna” (1813) to the modern incarnation everyone knows, loves, and flags with. I would like to take this opportunity to officially endorse the yellow team for A-Camp 4.0. 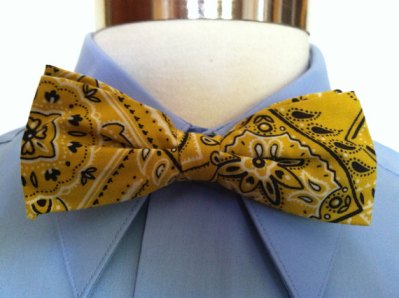 Did you know that if a bear charges you, you’re supposed to “let it know you’re human” by speaking softly and waving your arms around? Next time you’re in the line of fire, do arm-waving one better — establish your humanity by educating the bear about the history of its name. “Oh look, a bear,” you could say (softly), “from the Proto-Germanic “*beron,” for “the brown one,” right? Which itself comes from the PIE root *bher-, for “brown,” a root that also led to “beaver” and “fry” (because of that secondary sense of “brown,” “to cook”).” 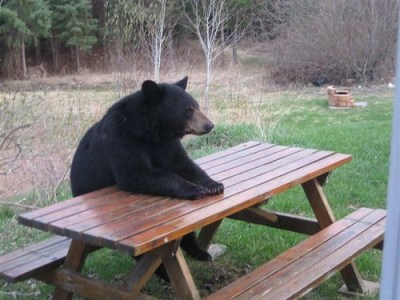 IS THIS WHERE WE’RE MAKING MOONCATCHERS?

“But even more interesting,” you say, as you gently wave your arms, “is the generally-respected theory that the original PIE root was actually *rkto (as in Arctic), but it was gradually replaced in many European regions because of the Hunter’s Taboo — a strong belief that using the true name of an animal would allow it to evade you.” The bear slows down and cocks her head, suddenly interested. 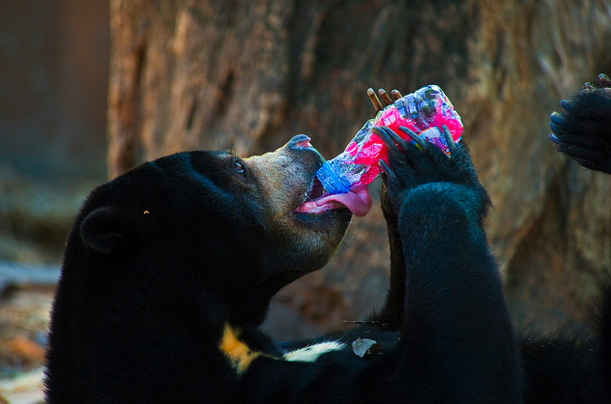 Is the bear slowing down? Well done! If it isn’t, I don’t think I can help you any further. I’ve done all I can. I’m sorry.