In every lesbian circle, there’s that one annoying Fencepost Lesbian. You’ll know her by the way she sticks up her nose when someone asks her “type” or “gender identity.” Her responses to those inquiries are as sassy and ambiguous as she is. “Not anyone who asks me that question,” “your beautiful mother” and “Butch, please.”

I am that annoying Fencepost Lesbian. 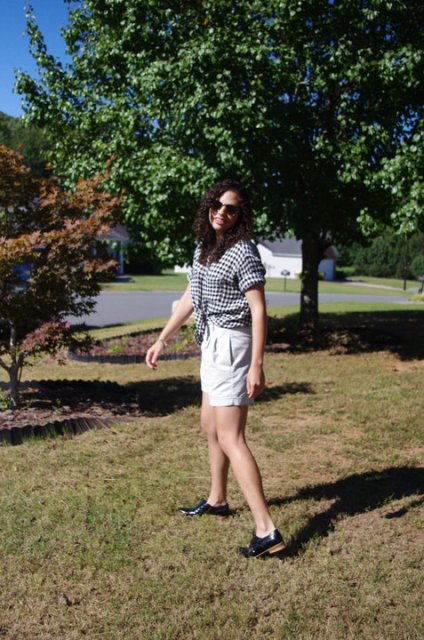 A Fencepost Lesbian in her natural habitat

It’s not so much about me being mysterious and elusive as it is about labels refusing to stick. When discussing my manner of dress, the “masculine-of-center” label is reluctant to adhere. Fashion is a monetary privilege and an understanding of gender is an educational one. My ambiguity comes from growing up poor and not having access to either of those things until college.

By that point, I already knew that nothing felt better than an oxford button-down tucked into a belted pair of dark denim jeans. When people casually ask those questions, it reaffirms that they have no idea where I’m coming from. More often than not, a snarky answer is easier — and less painful — than a long spiel.

I wear a lot of things that I was raised on: Hardened brown leather, canvas, cotton button-downs, tough denim jeans, khaki pants, bandanas. But despite the masculine connotations behind those materials, my clothing does not have a gender. There are too many threads about family interwoven with those of the fabric.

What my clothing has is a generation.

My mom raised me as a single parent while working a custodial job. For us, Southern poverty wasn’t an evening news statistic; it was a reality. While she owned sundresses, they were tucked into the back of a closet. She wore jeans and flannel button-downs. Sleeves could be rolled up; pantlegs could be cuffed. They allowed her to move while scrubbing office floors on all fours. The clothing she began to accumulate was durable and purely utilitarian.

Unsurprisingly, my clothing choices began to mirror hers. My favorite outfits consisted of recreation complex t-shirts and grass-stained denim. After all, there were trees that begging to be climbed and Junebugs that needed to be tied to strings. I was Huckleberry Finn, but with a ponytail and a marginally better grasp on grammar.

I didn’t know it at the time, but these little moments would eventually shape me into an androgynous young woman.

While the dominant image surrounding chivalry is that of a knight in chain mail, the noble figures peppered throughout my adolescence were these impoverished Southern women who did what they damned well pleased. The ones who made meals for the widowers; who tilled their own gardens and mowed their own lawns; who never expected anything in return for their efforts.

They were unpolished, unorthodox, and railed against traditional notions of femininity. 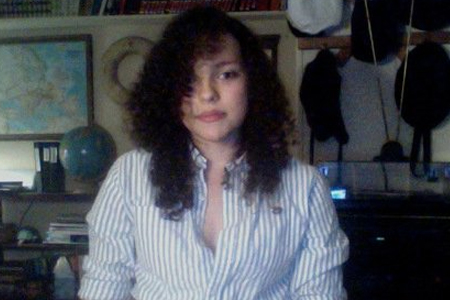 The crux of being an androgynous woman is that I am also very naïve. While I am aware that sexism exists, I still travel solo and walk home alone at night without so much as an afterthought. I move through society so fluidly that I forget that there is anything which I cannot do. So when someone tells me that an article of clothing, a hobby, or even safety is off-limits because I am a woman, it is a painful epiphany; one which I will keep on experiencing repeatedly throughout life because gender roles are still such a foreign concept to me.

As a kid, I came to hate dresses because of this.

I was crowbar’d into a dress each Sunday morning for church. My distaste had little to do with the white lace. I began associating dresses with sitting in a hard pew for three hours and listening to a droning sermon. They evoked the loneliness of watching the boys, in their khakis and Ralph Lauren sweaters, playing on the church’s swingset while I stood off to the side in my wedding cake of a Sunday dress. Swinging wasn’t “ladylike” or “appropriate.”

I didn’t give a damn about gender or tradition. I just wanted to move freely.

And I still do.

While financial situations change and my knowledge of gender is now so extensive that it could be printed and circle the globe five times, I still wear the worn-in jeans and plaid blouses. They are as comfortable as family; as the 71 year-old mother who called me earlier this week, excited over her recent dollar store find: A neckerchief with a built-in ice pack that — when frozen — could be worn while doing yard work.

Can “clever old Southern woman” be a gender identity?