In the weeks that we put together our Gay Team of 20 for the London 2012 Gaymes, three more people have decided to publicly declare their allegiance. Welcome to our team, queers! That brings our total athletes to 23 and our fabulousness through the roof. 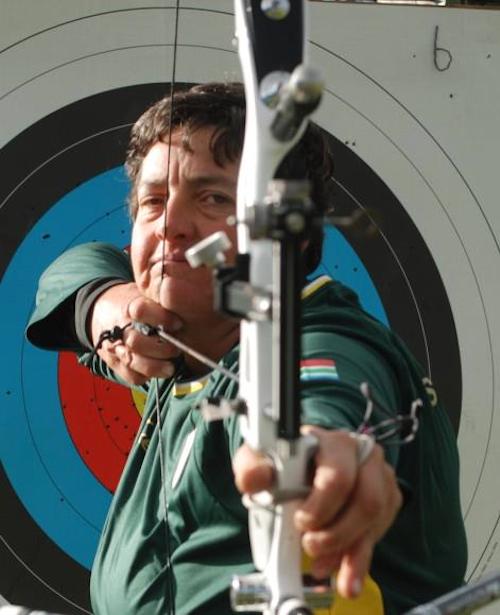 Karen Hultzer is a South African archer, in fact the only South African competing in archery and the only out archer at the Olympics. Hultzer on the relevance of her sexual orientation:

I am an archer, middle aged and a lesbian. I am also cranky before my first cup of coffee. None of these aspects define who I am, they are simply part of me. I am fortunate that my sexual identity is not an issue, and I don’t suffer the level of discrimination and violence that black lesbians in South Africa do. I look forward to the day when this is a non-issue and as relevant as my eye color or favorite sushi.

Yet Another Field Hockey Player From the Netherlands 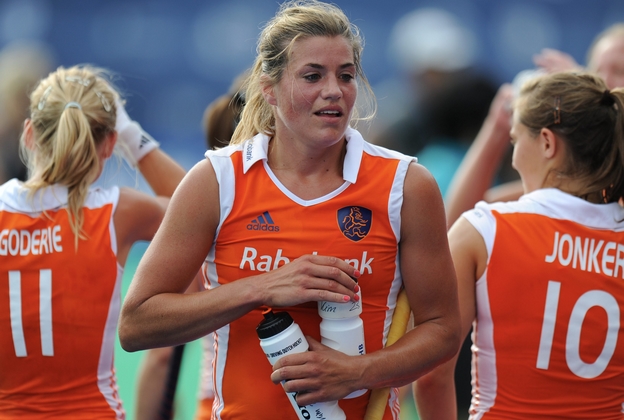 Kim Lammers adds herself to the droves of out gay girls in bright orange uniforms, bringing the gay quotient of the Netherlands field hockey team up to rainbow levels and making it the single queerest team in competition this summer. Meaning if you have to cheer for a real team, I mean, if you must, maybe you want to cheer for these gals.

And One More Fast German Queer On Wheels 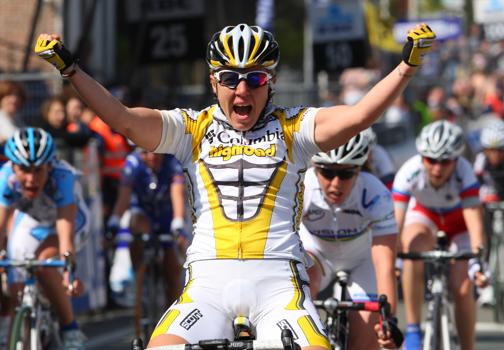 Joining her two German compatriots, one a fellow cyclist, Ina-Yoko Teutenberg is our third addition. Apparently she started riding at the age of 6 because she didn’t want to miss out on anything her brothers were up to. Her older brothers. And then she started beating the older, bigger boys and the rest is history. Part of our history.

Why so much gay coverage and why my obsession with our team? Perhaps it’s because I didn’t see another gay person while I was growing up, and the Olympics is such a valuable time to find your role models. Perhaps it helps us connect with queers around the world through fun and games. And perhaps because the world of sports and sponsors, and even just the world in general, still favors the straight man. But I feel like every time we cheer for team gay, a queer athlete angel gets its wings. If we believe in our Tinkerbells and clap our hands, maybe we’ll get to add more to the ranks until, as Hultzer a.k.a. Everdeen said, this is a non-issue and as relevant as an athlete’s favorite kind of sushi.