You may already familiar with the issues involving Minnesota’s Anoka-Hennepin school district, which lies in Michele Bachmann’s Congressional district. As one might expect, they’re not too friendly when it comes to LGBT students. The area has also been host to an unusually high number of teen suicides, many of them from students who identified as LGBT, and the district’s previous “neutrality policy” forbidding teachers to “take a side” on issues of sexuality. As a result, the district has felt pushed to take action to combat the rash of suicides, including both abandoning the neutrality policy and creating an anti-bullying task force. But is it enough?

Or rather, would these new actions do anything at all, or even be counterproductive? The district’s latest move, in terms of deciding who would be part of the aforementioned anti-bullying committee, definitely raises that question.

Queerty reported yesterday on one of the people who was appointed to “a task force aimed at stopping student harassment” and it isn’t looking good. His name is Bryan Lindquist, and he’s the head of the Parents Action League (PAL), an anti-gay group considered a hate group by the Southern Poverty Law Center. According to Queerty, Lindquist also “promotes ex-gay therapy” and “refers to AIDS as ‘GRID’ (Gay-Related Immune Deficiency).” Say what now? 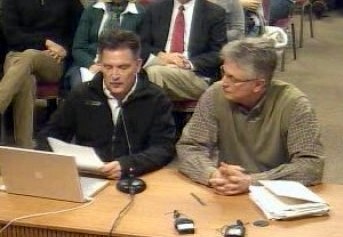 Indeed, Lindquist has showed that actually stopping bullying wasn’t really near the top of his menu of things to accomplish. Far more important to him is the idea that a “homosexual agenda” isn’t promoted in schools, whatever the cost. In January, he presented this bizarre and long list of “demands” to the school district:

Whereas Anoka Hennepin District 11 has devoted a special section on their website to GLBT issues, training and awareness.

And whereas the theme of school safety is being used as a pretext to advance a much broader agenda, the legitimization of homosexuality and related conduct to impressionable school children

And whereas the Anoka Hennepin school board is considering removing the protective sexual orientation curriculum policy, an action that undermines the academic focus of this district and open the door to pro-homosexual and related conduct materials in the school curriculum thereby exposing students to concepts hostile to there [sic] religious faith and/or moral conviction

Whereas schools may face liability for intentional and negligent instruction of students who rely upon false and misleading information about sexual conduct and are subsequently harmed.

Whereas as superintendent Dennis Carlson and prevention coordinator Barry Scanlon went on a listening tour visiting the nine GSA clubs in the district January thru May of 2011 and have not conducted a listening tour with students of faith, moral conviction, ex-homosexuals and ex-transgenders

And whereas district 11 has ordered copies of pro-homosexual video “It Gets Better: Coming Out, Overcoming Bullying and Living a Life Worth Living,” edited by Dan Savage for secondary media centers

And whereas legal liability exists for the tort of negligence if it is proved that homosexual activists and organizations were granted access to students under responsibility and that students suffered physical or mental harm.

Therefore be it resolved the Parents Action League in Anoka Hennepin School District 11 demands the following ten actions be taken by our school board.

1. A new division within the student support services and a special section on the District 11 website devoted to student of fiath [sic], moral conviction, ex-homosexuals and ex-transgenders.

5. Provide webinars, seminars for all staff on overcoming sexual disorders

6. Provide training on bullying and suicide that protects all students.

8. That all health classes that address homosexuality be required to provide up-to-date information from the CDC on sexually transmitted diseases and HIV among the groups the CDC designates as men who have sex with men.

This is definitely not someone who has much interest in helping bullied teens; he sees anti-bullying initiatives merely as backdoor ways to force other kids to be accepting of LGBT students (oh, the horror!) and would push policies that would make the Anoka-Hennepin schools an even more negative environment for queer kids. What’s even worse is that, on top of appointing Lindquist to the committee, at least two people who are actually interested and invested in its stated aims have been rejected from it. According to Truth Wins Out, Tammy Aaberg, whose 15-year-old son Justin was among the kids who committed suicide in the Anoka-Hennepin schools, and “anti-bullying trainer” and Gay-Straight Alliance faculty advisor Jefferson Fietek had their applications to serve on the committee rejected. TWO Executive Director Wayne Besen writes, “In addition to being shockingly tone-deaf, the exclusion of equality-minded community leaders like Fietek and Aaberg in favor of Bryan Lindquist represents a slap in the face to LGBT students, as well as parents and families that have lost an LGBT child to bullying-related suicides.” Besen also says that it calls into dispute “the district’s commitment to ending bullying and harassment.”

So what’s the deal? Well, as one could expect, the district does think they’re trying to eradicate “bullying and harassment” but, somehow, learned absolutely zero of the lessons one would expect from the objections to and consequences of their previous neutrality policy: the main one being, that not all views are created equally relevant in the gay equality “debate.” According to LGBTQ Nation:

In an emailed response to Melissa Thompson, a parent who expressed concerns about Lindquist’s appointment and whose application to the task force was also rejected, School Board Chair Tom Heidemann claimed that Lindquist was named to ensure that task force members reflected “very diverse points of view.” 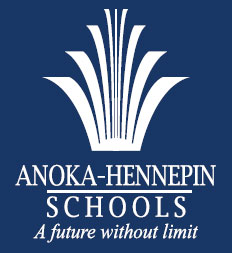 There may be “diverse points of view,” but that doesn’t mean that they all deserve the same hearing on an anti-bullying task force. What Lindquist believes is, frankly, wrong. The scientific and medical consensus is that sexual orientation is not a choice and cannot be changed, and that “ex-gay therapy” is harmful and does not work. You can contract HIV regardless of your sexual orientation if you’re having unprotected sex, sharing needles or engaging in other risky behaviors. Insisting that someone like Lindquist needs to be on an “anti-bullying task force” at the expense of more pro-equality people like Aaberg and Fietek is similar to insisting that a biology curriculum task force include some young-earth creationists, or that in teaching kids how the clock works we make sure to give equal time to the Time Cube guy.

But while teaching kids the wrong science is definitely bad, it’s not on the level of giving a platform to homophobic bullies to influence school policy dealing with sexual orientation and gender identity in the classroom. Enacting even some of the ideas in Lindquist’s long petition would make things in Anoka-Hennepin schools even worse than they were under the previous “neutrality” policy, and just giving him a chance to weigh in on current policies would, at the very least, mean it would take longer for things to get better, so the suicides may well continue.

One could say that the Anoka-Hennepin District is just trying to look like they’re making progress when they’re actually not that interested in doing so. But having encountered the ridiculousness of the “both sides are the same and we need to find a solution in the middle!” fallacy when applied to gay rights in my own life – and in the conservative Midwestern town where I grew up – I don’t find it difficult to believe that the district thinks they’re doing the right thing but just really, really doesn’t get it. Hopefully, just like the previous high-profile media coverage of the district’s suicide epidemic, negative coverage of the Lindquist appointment will help the district to realize that they’re making a big mistake.