I’m so happy that we can share this amazing, amazing day together. You know why it’s amazing? Oh, you know, because here’s a picture of Megan Rapinoe naked: 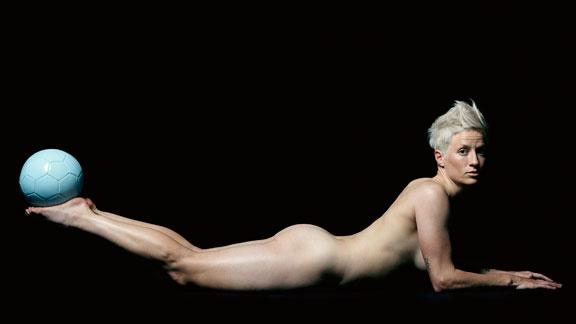 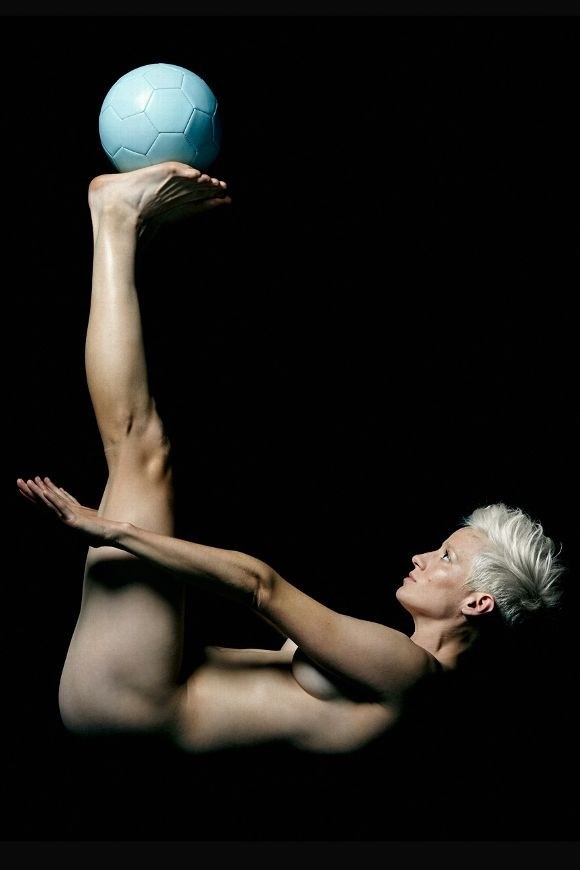 Pinoe, our favorite soccer star ’round these here parts, took off all her clothes to show her body in all of its athletic majesty for ESPN’s Body Issue. She also said some things, but who cares. Just kidding! We care! She talks about being an athlete and exercising:

I’ve been to the point where it feels like you’re almost going to pee your pants, and that’s awful. So yeah, I throw in the towel when I’m about to pee in my pants. I try not to fight through that, because that would be embarrassing.

She also opens up about how Lori Lindsey convinced her to come on out:

I thought about it seriously on the plane ride home from the World Cup, while I was casually talking to my friend Lori Lindsey. She said, “Dude, you should just come out.” She was right. Everyone in my life already knew. If you want to stand up and fight for equal rights but then won’t even stand up for yourself and say “I’m gay” — that just started to feel weird.

She even talks about her own body issues! Stars, they’re just like us!:

I felt more like a tomboy growing up, and then I got some boobs. And those didn’t feel right on my body. They were kind of big, and I was like, “I don’t know about this. This is weird.”

I feel that feel, Pinoe.

Really though, she makes some excellent points about how society views women’s bodies, or how there are always going to be competitors bigger and stronger than you. Go check out the ESPN site to see a video of Megan Rapinoe posing naked and discussing what it’s like to be openly gay in the public eye. You can also catch Rapinoe play for the Seattle Reign this season, and you can bet she’ll be on the US Team for the 2015 Women’s World Cup.

God bless ESPN’s Body Issue, which has also previously brought us such gems as seeing Abby Wambach naked. In the 2014 issue, hitting newsstands July 11th, you’ll find athletes like Jamie Anderson, Venus Williams and Danyelle Wolf. In these Body Issues, we get to admire the sheer athleticism of our favorite heroes in all of their nakie glory. I don’t know why exactly. Let’s not argue. If you need me, I’ll just be over here admiring all of the… uh, athleticism.