Here’s a question: when was the last time you heard something something nice said about queer and trans Muslims?

Go ahead, think it over. Was it today? Yesterday? This week? Ever?

I’ll be honest: I’d never considered my answer until I met Mahdia Lynn, the director of Masjid al-Rabia, a woman-centered, LGBTQIA-affirming, pluralist organization in Chicago that provides spiritual care for marginalized Muslims. She made the suggestion on Twitter recently and it knocked me flat with its simplicity. It’s the easiest ask in the world: say something nice. But these days, as we all know, it’s nothing short of a radical act. And to keep that act going, Masjid al-Rabia and Everyone is Gay have teamed up for Longest Days, Sacred Nights, a month of Ramadan programming that supports and celebrates LGBTQIA+ Muslim youth. 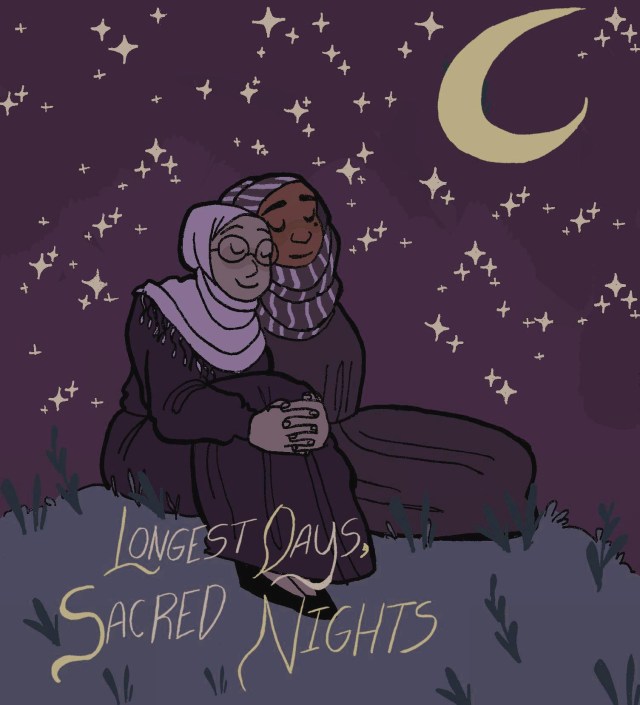 The initial spark for this project came thanks to Everyone is Gay’s 2016 holiday care package, Where the Love Light Gleams. “At the time, we at Masjid al-Rabia were brainstorming ways to better support LGBTQ Muslim youth, so it was a natural progression to want to do something similar for Ramadan,” Lynn explains. “We decided to release content continuously throughout the month as a sustaining program that could be there for our youth with new words of love and support every day.”

The love and support kicked off this week with a Queer Ramadan mixtape by Punkjabi (which I’m listening to right now and you should too) and a brilliant opening letter from Lynn, where she reminds us just why programming like this is so crucial:

New content is on the way all month from leaders in the LGBTQ Muslim community. Lynn points out that “there’s almost no one out there doing the hard work for our youth today. As organizers, advocates and activists we are looking towards a future that is better than our present. That has to be the core of queer and trans activism.”

And guess what: you (yes, you!) can be part of that better future by creating art, writing letters, or making shout outs on social media and tagging them #LongestDaysSacredNights. Whether or not you practice Islam, now is the time to show solidarity with queer and trans folks who do. “It’s Pride month and it’s Ramadan,” Lynn says. “Speak out on social media about LGBTQ Muslim inclusion. Boost the voices of queer and trans Muslims.” 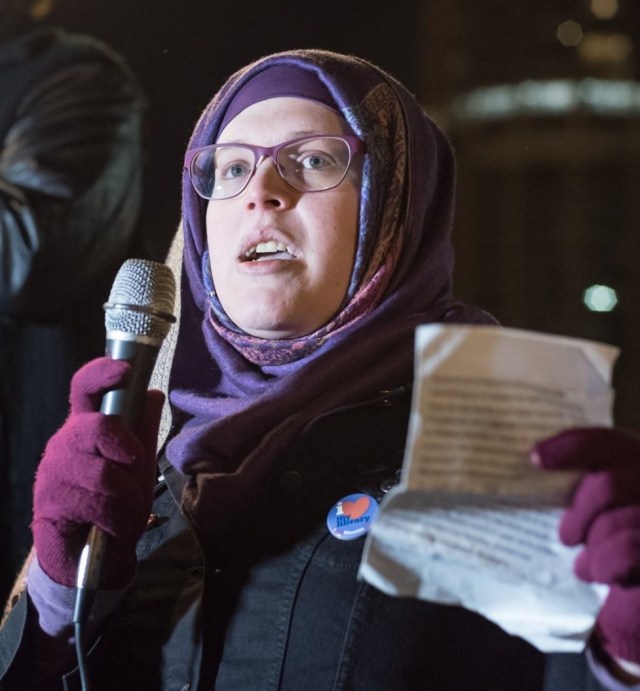 “We’re very public about our mission and our work because we want other people to see it and say ‘yes, this is possible,’” she continues. “A big part of that, for me at least, is modeling the possibility of being an observant and dedicated Muslim who is also a woman, who is disabled, bisexual and transgender. I want to show youth out there that not only is it possible to be like this, but that you can thrive in a supportive community and have a family to come home to.

I want youth to be able to look at me, to look at us, and see possibility.”

Visit the program page for more on Longest Days, Sacred Nights, and check out the rest of Masjid al-Rabia’s upcoming events here.