Last night, the (gay) internet unanimously agreed that the first ten minutes of Logo’s fourth annual NewNowNext Awards were already more exciting than all five hours of the Oscars. Hosted by Dawson Leery himself (get it, girl!), the program featured performances by Robyn, electropop group Oh Land, Panic at the Disco, and everyone’s Dinah Shore favorite, Wynter Gordon. They also somehow managed to wrangle an impressive roster of presenters and attendees, including Adam Lambert, Darren Criss, Maya Rudolph, Paula Abdul, the queens from RuPaul’s Drag Race and a pair of gay Angry Birds. Gosh I hope Tom and Katie found time to tune in and support the Beek. 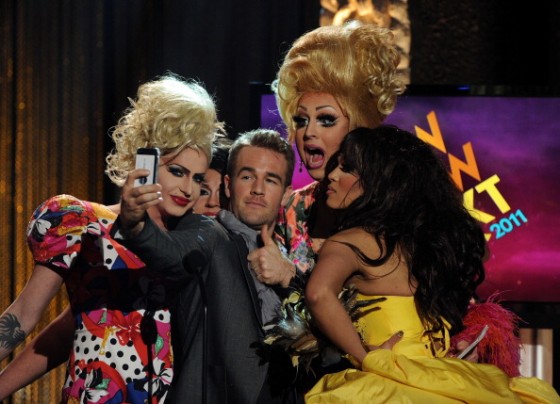 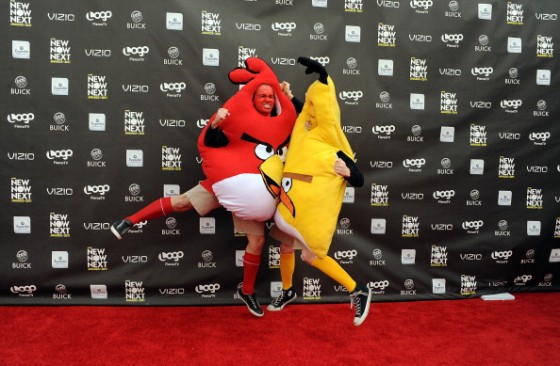 For the second year in a row Autostraddle was not nominated for a #zOMG Internet Award and we won’t stop until we have one on our mantel, damnit.

Anyway, the NNN Awards actually have an impressive track record, having identified Lady Gaga, True Blood and Julie Goldman as Significant Things before they hit the mainstream radar.  In fact, the first annual NNN Awards was the site of Gaga’s very first televised performance of “Just Dance” back in May 2008:

Backstage footage reveals an exclusive with Adam Lambert who dishes on his Finnish boyfriend, the secret meaning of “slaloming,” other sordid sex acts, and his new album.