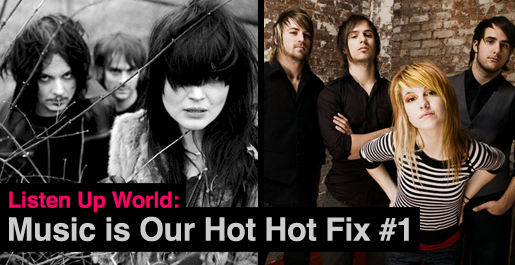 From here on in this music round up will be a re-occuring feature – but only monthly, as Stef’s Beat on the Street so reliably satisfies our regular musical desires. Given the Intern Army has great musical taste, I’ve asked Intern Emily to join me in the musical madness this month. Emily came to mind first because she’s from Canada, and Canadian music rocks, e.g. Raine Maida, Our Lady Peace, Finger Eleven, Leonard Cohen etc. And I guess it would be remiss if I did not mention k.d. lang and Tegan & Sara. We just won’t speak of Nickelback. [Intern Emily: “Nickelback = shame of Canada”]

The good news is:

– Muse announced that their new album, The Resistance, will be released mid-September. I predict this will be a serious contender for album of the year, even with my doubts about their decision to use slap bass. Seinfeld called…

– Beck has launched Irrelevant Topics, a segment based on random conversations with legendary musicians, actors, writers and others. Xenu was unavailable, so first up Beck sat down and shot the breeze with Tom Waits. 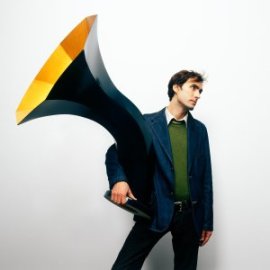 – Throughout July, Aussie lady-fronted band The Grates are doing a residency at Pianos in NYC. They’re talented, hot, fun, quirky and hugely successful in Australia. If you’re in the area, the details are here. Not convinced? Watch this.

Intern Emily:
Andrew Bird recently announced new fall tour dates supporting his latest album Noble Beast. Obvs the tour is in the US, no one comes to Canada, not even Tegan and Sara. JK I’m not bitter.

The Bad News Is:

– Vibe magazine closed its doors. While I’m not really a hip hop fan, it’s always sad to see a music rag get shut down.

– The annual Popkomm conference in Berlin was cancelled due to low attendance, which hopefully isn’t a sign of the times. Too bad for those independent artists who now have non-refundable airfares to Berlin that they couldn’t afford in the first place.

– Triple J, Australia’s youth broadcaster, delivered it’s anticipated ‘Hottest 100 Of All Time’ countdown on the weekend. The most notable exclusion from the list? Women. Clem Bastow wrote a great opinion piece about it here.

Lately I’ve become obsessed with increasing my awareness of music created by girls, particularly girls who like girls, because it has come to my attention that I have no idea what the lesbians are listening to these days. Is it because I’m 90% hetero? Maybe. Given that I date a female musician and manage a queer female rock band, I should be able to take ‘What Is Lesbian Music’ for $500. So to expand my girl music repertoire, I searched our archives for suggestions and am now currently enjoying The Clik’s Dirty King and Girl In A Coma‘s Trio B.C.

I’m listening to Love & War by Australian Daniel Merriweather, who is not a girl but is endorsed by Sam Ronson’s twitter feed. I’m also listening to Passion Pit‘s Manners, which makes me feel like Sunday morning. And lastly! I’ve been listening to Phoenix‘s ‘It’s Never Been Like That’ and ‘Wolfgang Amadeus Phoenix’ on high rotation because Phoenix is my new favourite band. Sorry Green Day.

Right now I’m going through a huge Iron & Wine phase. Sam Beam released a two disc compilation of covers and previously unheard originals and I am obsessed! Though I have to admit the album gets a little long and I prefer his 2004 album Our Endless Numbered Days.

I’m also a little late, but I just got into Regina Spektor. Her voice is so good! But I’m sure this is old news to many people. 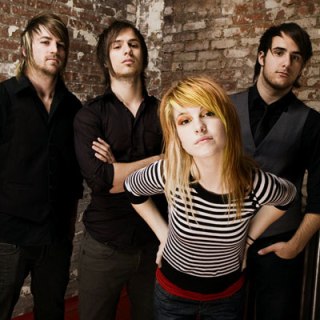 In the lead up to their new album, the wonderfully consistent Paramore have released Ignorance, which sounds remarkably similar to Fences dishes up another generous serving of pop-punk powerchords fated for the next Twilight soundtrack. If you haven’t already heard it, it’s here.

Jack White (The Raconteurs) and Alison Mosshart (The Kills) formed The Dead Weather a while back and stopped fist-fighting long enough to finish their album, Horehouse. When I wrote this post last week, pre-#wordpressfail, this really was ‘on the way’. Now it’s ‘on the shelves’.  The video for Treat Me Like Your Mother is weird. Check it.

Right, well everyone knows Tegan and Sara are getting ready to release a new album in the fall. It’s called Sainthood, and it drops late October. This means new tour dates, hopefully in Canada.

Stars are also in the recording studio, and word is their new album is going to be called “The Black House, The Blue Sky”. Um, I’m really excited.

– P!nk is touring Australia and I’ve attended an embarrassing number of concerts. Last week the lovely slash talented photographer slash writer Stef Mitchell accompanied me to a concert, and we’ll hopefully have a recap up for you shortly.

– Over the weekend I caught one of my favourite Aussie bands, The Butterfly Effect. I also caught Karnivool, who I think are the most exciting rock band on the Australian scene right now. 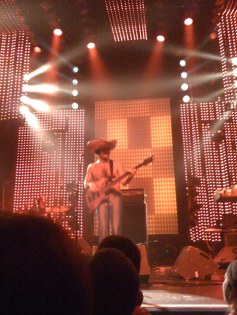 artist of the year

– I went to see aRTIST oF tHE yEAR (yes they spell it in that ridiculous fashion) completely by chance at the Montreal Jazz Festival. My friend and I showed up never having heard of this band at all and with no expectations. We were not let down – these guys came out in flared pants, sombrero’s and sunglasses. Their backup guitarist wore a nightgown and snowboarding goggles. We only meant to stay for 20 minutes but the band’s high energy and the fact that we somehow got right at the front of the stage meant that we stayed the whole time. It was probably one of the best concerts I’ve ever seen and to top it off; it was absolutely free.

I love keeping on top of innovations that just may change the way we make, release and consume music. Let me share:

– David Bowie is releasing a digital Space Oddity EP to coincide with the 40th anniversary of man walking on the moon. The EP includes the original eight multitracks so that fans can remix the track using their own software or iKlax.

– Australian band Children Collide have released the world’s first interactive music video clip for ‘Chosen Armies’, which allows fans to control camera angles using their mouse. The execution isn’t flawless (neither is the music), but it’s progress and it’s exciting.

– Jack White’s label, Third Man Records, has launched a new subscription service called ‘The Vault’, which offers fans exclusive access to record releases, pre-sale tickets and all that jazz. It isn’t an original idea, but as far as I’m aware it hasn’t been done well yet. My fingers are crossed.

This isn’t “new” time-wise but I’ve never seen this before.

Sigur Ros is a band from Iceland (the lead singer is gay) and they make some of the most beautiful music I’ve ever heard (though it’s not for everyone). Take note that he is playing the guitar like a violin and at one point sings into the guitar pickups.