The idea came to me out of the mouth of Alton Brown all because I had a cold. See, when I get sick, I get down and stay down and then am better in a day or two. I stay in bed and watch Good Eats. It’s no surprise that my favorite episodes are always about alcohol. This one, specifically, was about punch.

Now Alton and I differ in our methods for making punch, and I noted this. But what made me sit up in bed was this juicy tidbit of information: many secret societies throughout history had secret punch recipes.

A little bit of background about myself — in recent memory, I have related to many fictional characters in books, but none stronger than Plum when she has the following feeling in Lev Grossman’s The Magician’s Land:

Plum loved Brakebills. It was November of her senior year and she still wasn’t sick of it, not a bit. She loved its many and varied and intricate traditions and rituals and mythologies with an unironic and boosterish love that she refused to be embarrassed about. If anything she thought there should be more of them, which was one reason she started the League.

I am a person who thinks there should, on the whole, be more (benevolent!) secret societies in this world. So. I’m not saying I’ve made a secret society just to have a secret punch recipe, but I’m not not saying that either. Obviously, if I had, I wouldn’t share the punch recipe. Or the society. But I figure I can share my secret to making up punch recipes on the fly. And, while we’re at it, we can talk about the ingredients for a pretty good secret society, too. 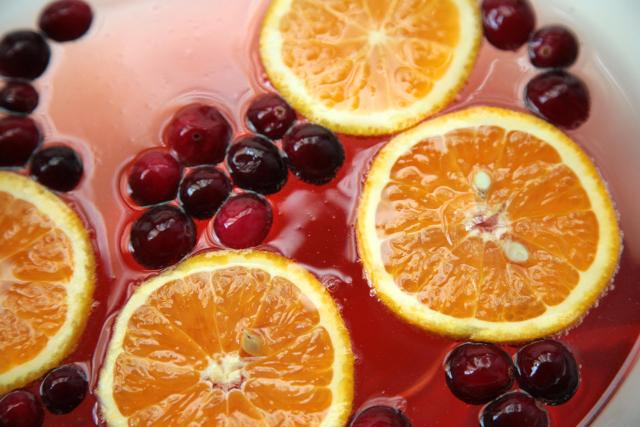 How to Invent a Punch Recipe

This is so you can say it in a rhyme.

See, I told you that I differ from Alton Brown in my method, and for that I wonder how you will ever trust me again. But! Just trying out my instructions might restore your faith. Compare them to good ole Alton’s and see how you like! My method is probably closest to this one on Food52, but it’s still a little different.

This is, obvi, the liquor. Punch can be made from any ole liquor you like, so I recommend just picking your favorite or whatever you’ve got extra of. The other nice thing about liquor for punch is that it doesn’t have to be nice! It shouldn’t be terrible, either — not a huge fan of, like, jolly-rancher-flavored vodka for instance. But it can be the cheaper, mixing stuff. It’d be a waste to use anything too nice — save that for sipping by itself!

Some examples to get you inspired might be rum, gin or bourbon. You’ll need 1 part of this. You choose based on how many people you’re serving what that part might be — a cup or a pint or whatever.

This can be pretty much anything that’s not liquor — options include tea, cranberry juice, grapefruit juice, apple juice, even lemon juice (the weak could be sour, it really depends on your taste) and so much more. Also use this in 1 part. Don’t use something too too sweet, here, because we’re gonna get there.

See, it’s way more important to me that a punch be effervescent in my mouth than sour. The fizz could be nonalcoholic things like tonic water, seltzer or soda. It could also be things with alcohol in them, like sparkling wine, beer or cider. The important bit is the bubbles. Now here’s where the measurements get tricky. Some would say for simplicity to just go with an equal 1 part here, but I say that’s WRONG. The punch will have a better mouthfeel if you go with 1 1/3 parts. I know, I know I’m asking a lot of your measuring here, but consider this — if you use 1 cup of each strong and weak, all that means is 1 1/3 cups fizz. If you’re making a bunch-a-punch, it’s even easier — 3 cups of strong and weak means 4 cups of fizz (though that really is a ton of punch, how many people are you serving??).

The sweet could be a lot of things, including a different (even sweeter) juice like pineapple or orange juice, or it could be simple syrup or a variation therein! Heck, it could even be raw sugar if you’re doing a warm/hot punch (yes, that’s a thing, the possibilities are ENDLESS).

Both in type and measure, the sweet is the most variable of the ingredients. My method is 2/3 part, but that’s because I never use anything too sweet on the weak. If you did, you might want to tip the sweet down to 1/2 part. If you want a very sweet punch just because that’s what makes your tongue happy, you could go up to a whole 1 part. Adjust as you see fit on this one. In fact, adjust as you see fit on all the components because that’s what makes your secret punch recipe uniquely yours.

If you are making a cold punch, you have to think of a way to keep the punch cool. Let me tell you, don’t just dump a bunch of ice cubes in—ice cubes melt relatively quickly because of their low surface area in comparison to the punch. Instead, go with something large with a high surface area, like a punch ring. Punch rings are best made in a jello mold or a bundt pan and can be decorated with pieces of fruit. For a little inspiration, I like this Food52 video:

Something this video doesn’t touch on, though, is that you can make punch rings out of juice or tonic water as well as just plain water. And punch rings aren’t even the only option! To go back to Alton Brown for a hot sec, he fills water balloons with water and then sets them in teacups in his freezer to get a good shape. Then he just cuts the balloon away! If you do that, though, please make sure none of your guests/secret society members has a latex allergy.

Speaking of that secret society —

How to Form a Secret Society

Those truly are the only things you actually need. And you don’t even need that many friends! Two or three will suffice.

Here are a few of the conclusions I’ve come to — while you don’t need the following to form a secret society, here are a few things that help:

A Reason To Band Together

This could be career advancement in a specific field or a diverse array of fields. It could be to share a hobby in a specific way that you like, and really not need to be a secret except for that you want it to be. It could be for mental health — your closest group with whom everyone knows they can speak freely and the thoughts, feelings and challenges you face and share won’t leave the circle. It could be for altruism where none of you want to take credit for donations or kind acts. The reasons to form band together are almost endless. But to find one, I suggest recalling the last conversation with your best friends where you began with “Man, I wish we had a _____” or “Y’all, I really wish we could _____” and then everyone else agreed.

It could be silly, it could be serious, it could be fun. But some how there has to be some mechanic in place to elect and induct new members. Be safe with this! Nothing dangerous or nonconsensual, nothing like hazing. Maybe a hike together done on a specific day or at a specific time of year. Maybe signing one’s name to the scrapbook of your adventures together. Maybe lighting a candle and burning a piece of paper with your fears written on it (fire safety fire safety fire safety everyone). The Induction Ceremony could relate to your reason to band together, but it doesn’t have to.

A Name and A Crest or Symbol

Because duh. This is just plain fun. The name you only say with each other. The crest to gather under. I found this really fun powerpoint on the internet with some heraldic crest inspiration, but you could take to Photoshop with an open heart and a head full of whimsy.

And Of Course, Your Secret Punch Recipe