In ancient Autostraddle times, July 2010, we put a moratorium on discussing gossipy destructive stuff about Lindsay Lohan even though she’s often relevant to the perceptions of queer women in American media and also a mega-hotty. It’s nice to try to send people positive vibes and also I know I wouldn’t want anyone documenting any of the less-than-awesome moments of my life.

Of course, when it was revealed this past October that LiLo was definitely posing for Playboy we got on board. I mean, it was a 48 hour shoot at the Playboy Mansion and, if you’re not into shaming women for posing nude/making their own choices about their bodies, this is clearly a big moment in Lohan’s career. How am I not supposed to be excited about that? Now that Lohan’s debut, the January issue of Playboy, is growing near, the rumble of rumors below the ground is finally bubbling up in to actual information relevant to my interests. 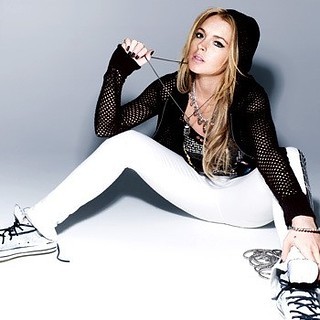 Though it was initially rumored that LiLo had accepted a $1 million offer to pose fully nude, it is now unclear if the actress will be Totally Completely Absolutely Nude or only Maybe Partially Mostly Nude. It’s a pretty big discussion for about two square inches of skin. Either way, Hugh Hefner told The Insider, “It’s a classic tribute, inspired by the original Tom Kelley nude pictorial of Marilyn Monroe.”

This will not be the first time that Lohan channels Monroe, Lohan posed for New York Magazine when Bert Stern reincarnated his series of Monroe photographs, since dubbed, “The Last Sitting.” It’s no shock that Lohan might feel a kinship with Monroe, she too was a beautiful, talented woman who the tabloids couldn’t get enough of. “Here is a woman who is giving herself to the public,” Lohan said, at the time of the NY Magazine shoot, “She’s saying, ‘Look, you’ve taken a lot from me, so why don’t I give it to you myself.’ She’s taking control back.” 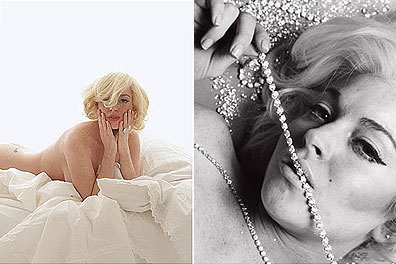 YO. LOOK HOW HOT THIS NY MAGAZINE PHOTOSHOOT WAS.

In many ways it seems clear that Lohan is trying to take back that same sort of control. As tabloids continue to stalk her legal battles and, even now, link her to the late Heath Ledger, Lohan is displaying the precise level of press she actually wants by only agreeing to do one interview during the on-sale period of her  Playboy magazine cover, and she’s chosen to do it on The Ellen Show.

Lohan is training the media like Pavlov’s dog, if you replace “ringing of bells/external stimuli” with “withdrawal of public appearances/negative reinforcement.” Late Night hosts want to use Lohan for laughs? Well she won’t be appearing on Late Night talk shows to promote her shoot. A shoot which Hefner said has, “a tremendous amount of worldwide interest.” Everyone who isn’t getting an interview on Lohan’s Playboy cover is basically losing out.

When Lohan appeared on Ellen in 2010, Ellen DeGeneres was compassionate, understanding and really let Lohan speak for herself, clear up rumors and say her piece. Plus, of course, because it’s Ellen, Lohan was able to discuss her relationship with Sam Ronson without the usual OMG There’s A Bisexual Here nonsense. It seems that Ellen is being rewarded for basically being a decent human who doesn’t twister other people’s words. I think The Ellen Show was a genius choice for the exclusive reveal of Lohan’s cover shoot and I believe/hope/think/keep dreamin’ that this will be just the kick-start Lohan’s acting career needs. I hope there’s one of those behind the scenes videos involved.

It’s also interesting as Ellen has become a bit of a Mama Bear figure for LGBT celebrities — it’s incredibly touching to see guests like Chely Wright, Chris Colfer, Jane Lynch and Lady Gaga thank Ellen for being a trailblazer and profess their undying love for her. Ellen gets a bit maternal with baby gays like Lindsay, and we like that. Girlfriend could use some positive parental figures in her life, even if only for an hour.

You can watch clips of the last time Lindsay was on Ellen below: