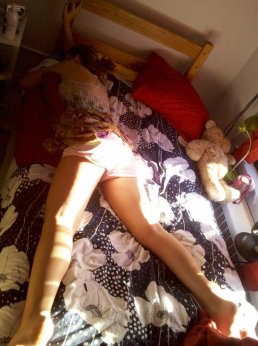 My friend has this theory that everyone has their own unique way of letting the world know that they are busier than everyone else. I know a ton of people who never text anyone back, their way of saying “I’m too busy to even type a response.”

Apparently my way of letting the world know that I am, in fact, the busiest person on the planet, is to put off writing this column.

I do not mean to. Writing this is always on my mind especially when something awesomely gay happens, or when I make what I believe to be a funny joke and/or witty observation. I’ll write these things down and then never expand on them. I like being busy, it makes me feel important and it gives me less time to think about all of the possible ways I could die and/or lose all of my limbs. It almost forces me to be a sort of strangely spiritual and positive version of myself.

I often find myself repeating phrases that my mother steals from her acupuncturist. It is a strange thing to realize that you are becoming more and more like your mothers acupuncturist.

Unfortunately it’s possible to be too busy. If multiple people including but not limited to, your friends, your mother, your therapist, your advisor, your invisible friends, and your professors, think that your workload is too unnecessarily heavy, you should probably just go ahead and lighten it.

After being forced to drop a class last semester due to the deadly combination of an extremely high fever and midterms, I felt like a complete failure (who drops Japanese Art? Like really). I decided that it would be a great idea to take even more classes, join even more clubs, and work even more hours this semester.

It was manageable for a while but now everything is crashing in and I do not see the end anywhere in sight. I also do not know Spanish or Cognitive Psychology no matter how often I listen to “Las Hijas Del Sol” while attempting to read my Cognitive Psychology textbook.

I turned 20 somewhere between my last article and this one. 20 is one of those birthdays that means absolutely nothing but at the same time means everything. For me, it was horrifying. I do not feel emotionally developed enough to be two decades old—a real adult. I still want it to be acceptable to have full on temper tantrums in the middle of the street. I’d very much like to be four again.

On the fateful day that marked the beginning of my 20th year, I had what I like to refer to as a “quarter-life crisis.” Already feeling shitty, I walked into my Art History discussion section with the sense that I would probably start to cry sometime during that hour.

I sat there staring at ancient Greek architecture and thought, “this is not the main thing that I want to study.” I love art and I’m good at writing about art, but I do not want to write about art for the rest of my life. So I sat there, not answering any of my TA’s questions, while having my own little private cry. The kind of cry where you have to keep your eyes open as wide as possible so as not to let the tears fall from them. It felt so stupid, so trivial—it is just my major in college, not my major in life.

All I really want to do in life is write funny things that make people (read: my mom) laugh. To do this well I should probably know a thing or two about the English language. So now when people ask what I am studying in college I can officially (meaning it is on a bunch of documents somewhere) tell them that I am majoring in English and minor-ing (is that a word? I do not think that it’s a word, maybe I’ll learn that in English at some point) in Art History.

When they ask what I’m going to do with that I tell them the truth: I am going to become really, really famous. Like Queen of England/Elton John famous (I am also going to become British). I can’t help it that I am destined for stardom. My life has already played out much like the movie Glitter so like, I’ve got a lot going for me. 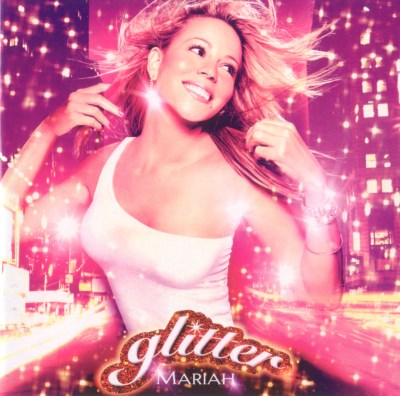 I Will Never Have a Career In Covering Award Shows

Something I did not do very well while everything else seemed to be crashing down was covering the GLAAD Media Awards in New York for Autostraddle. Special correspondent Jessa and I were sent to the red carpet (which was actually a blue carpet–a major disappointment) where we took super professional pictures of the backs of semi-famous people’s heads with our cell phones.

We of course should have put something together to post the day after the awards but alas this did not get done until weeks later, far too late to report on. But here are some of my observations from that interesting afternoon:

+ Best thing about being at the red carpet: Breathing Ricky Martin’s air while listening to him talk about gay stuff in Spanish—I pretended to understand every word he said. ¡Mi vida es loca también, Ricky!

+ Worst thing about the red carpet: Being trampled over by the vicious big magazine people and their large scary cameras while they all take pictures of Ricky Martin’s beautiful face/hunky bod. It quickly became apparent to me that you cannot be a tiny passive lady human who just walked off of a traumatizing plane ride and ALSO be a red carpet photographer, you just can’t.

Jessa was a much better reporter, managing to use her height and normal social skills to get herself to the front of the pack, snapping pictures of people named Ricky.

Ricky From My So Called Life!

Covering the GLAAD Media Awards was fun but my mind was not exactly present. I’d just gotten off of a plane ride from spring break at home in Florida. I can only handle plane rides if I am heavily medicated. Unfortunately the only medication I was on during this flight was Dramamine, so while I did not suffer any motion sickness I did convince myself that the plane was crashing on at least ten different occasions causing me many tears and heart palpitations. That kind of stress plus the drowsiness that Dramamine induces does not bode well for functioning like a healthy human being. That whole day is really just a blur to me, but a beautiful blur full of Ricky Martin and Drag Queens.

I didn’t do much during my spring break other than lay out in the sun and learn ’90s pop songs on the piano. Because my brother loves being included in my articles, I thought I’d share with you the little video we made of Mandy Moore’s “Candy.” Note my tan (RIP slightly dark olive skin that my German/Italian heritage allows me to achieve). I do not understand my Mac and I do not understand YouTube, this is why our heads are cut off.  But if you are dying to know what the rest of our faces look like I’ll give you a hint: they are really, really beautiful.