You don’t have to be local to New York City to have paid attention to the #myNYPD debacle. But in case you didn’t see it, here’s what happened: the New York Police Department asked everyone to tweet pictures of themselves with the NYPD and tag it with #myNYPD. People flooded that hashtag with pictures of police brutality. 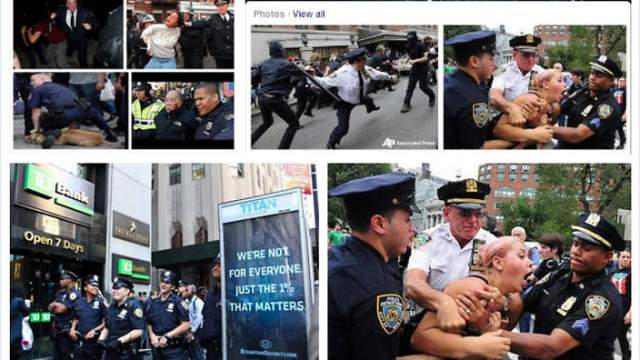 You also didn’t have be a New Yorker to have laughed your ass off a bit — how on earth didn’t that hapless social media consultant see this coming a mile away? Two miles? Twenty? #myNYPD is just too damn perfect. And you certainly don’t have to be of New York to have kinda cheered about it — we all know that police officers, NYPD or otherwise, target people of color disproportionately and that police brutality is a reality for many of us, especially queer and trans people of color.

In fact, it is never a good idea to talk to the police unless you are reporting an emergency. It can literally never help you ever. Here is why:

This went viral a few years ago, and you’ve probably seen it. We’ve also seen numerous examples of how even that can backfire, even not talking can backfire.

Did you know that your technology can help you with this? 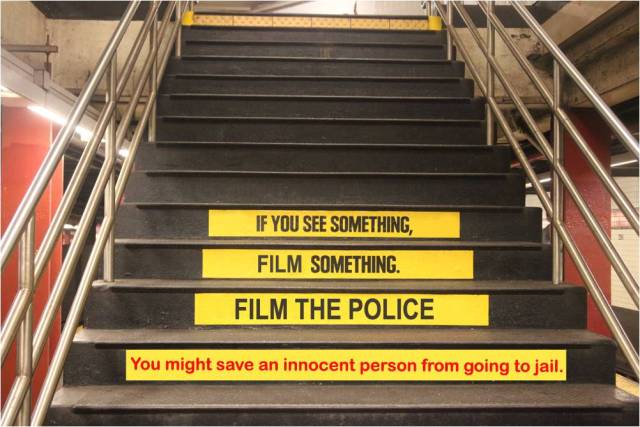 The ACLU in New York and New Jersey have both made apps to help citizens record encounters with the police. The app for New York is specifically to counter Stop and Frisk, which we all know was ruled unconstitutional. That doesn’t mean the practice was halted all together, however — the policy is just being brought into compliance with the constitution:

Scheindlin said that she was emphatically not banning the stop-and-frisk program, but she insisted that it must be brought “into compliance with the Constitution.” Police can no longer stop people for being in a “high crime area,” nor can they do so only because of “furtive movements,” one of the largest driver of stops and one that’s far more likely to be applied to blacks and Hispanics. She also said that police had been routinely misinterpreting the law. “The purpose of a frisk is not to discover evidence of crime, but to allow the officer to pursue his investigation without fear of violence,” she said. Changes at the NYPD will be overseen by attorney Peter Zimroth, a former federal prosecutor who has served in several parts of New York’s legal system.

The app is still relevant, and it’s free for both iOS and Android. But before you use it, here is something you need to know about recording the police: this particular app is intended for use in New York only, and only by bystanders. Though in New York one is well within their rights to record the police, the laws here vary state by state (though courts have always upheld this right each time it’s been challenged). The ACLU recommends that, when recording the police,if they ask you to stop, you do so and you contact the ACLU. That said, this app rules. You can report an incident one of three ways: record video and audio, record audio only or report through survey questions. No matter which way you choose, all three of these go straight to the NYCLU. The app also has a handy Know Your Rights section, specific to New York Stop and Frisk.

The New Jersey App, Police Tape, is also free for both iOS and Android. But it’s a more generally purposed police accountability app in that it’s for recording any encounter with the police — again, only in New Jersey. It works much the same way as the NYCLU Stop and Frisk app—it has the same options for recording, and it hides itself on your phone while it’s doing so. Here’s the ACLU of New Jersey’s adorable stop motion video demo:

The appeal of the ACLU apps is that video, once submitted, is stored on the ACLU servers and analyzed by the ACLU for civil rights violations. The cop, therefore, can’t erase the video once it’s been submitted.

The ACLU partnered with OpenWatch, so it’s also worth mentioning the regular plain ole OpenWatch app — OpenWatch is an open video journalism project that uses as much free, open source software as possible to unite people around the world in recording constitutional and human rights violations and reporting on them as they happen. The upside and downside to this app is one in the same: the video is immediately public and GPS tagged, so if the video does more harm than good — welp, you’re already kinda committed. They have apps free for iOS and Android.

This has been the seventy-sixth installment of  Queer Your Tech with Fun, Autostraddle’s nerdy tech column. Not everything we cover is queer per se, but we talk about customizing this awesome technology you’ve got. Having it our way, expressing our appy selves just like we do with our identities. Here we can talk about anything from app recommendations to choosing a wireless printer to web sites you have to favorite to any other fun shit we can do with technology.