On Sunday, April 15 at 10:30 p.m. EST, the television show Girls will premiere on HBO and the entire world will change as we know it. Well, I don’t actually think that, but people have been having a lot of big feelings about the much-hyped Lena Dunham show. Executive produced by Judd Apatow and featuring some white girls you’ve never heard of before, the show is about four 20-somethings living in New York. They have sex and they have jobs. The good people at HBO expect you to relate because you (hopefully) have at least one of those things. 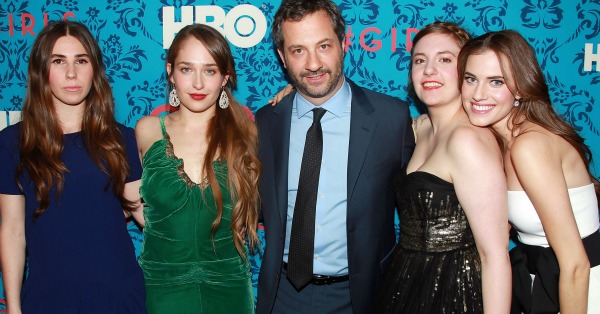 Apatow and the cast of Girls

Tuesday I attended a screening of the first three episodes. Prior to this engagement, I’d been fairly hesitant to voice any opinion on the project other than wondering aloud (via the internet) why I never met Allison Williams at Yale. I’d seen Tiny Furniture and I wasn’t a huge fan of the film. I thought the best parts were the super weird random lines because that’s just the kind of girl I am. (Ex: “Did you just google cupcakes?”) I didn’t want to like the show. I would have been just fine seeing these episodes and never having anything to do with Girls again. I’m bothered when people think that I’ll be able to relate to a show because of my age and/or vagina but damn it you guys, this shit is good. It’s not perfect but what show is? Comedies aren’t always about whether you can relate or not. It’s about being funny and all three episodes had several laugh out loud moments. 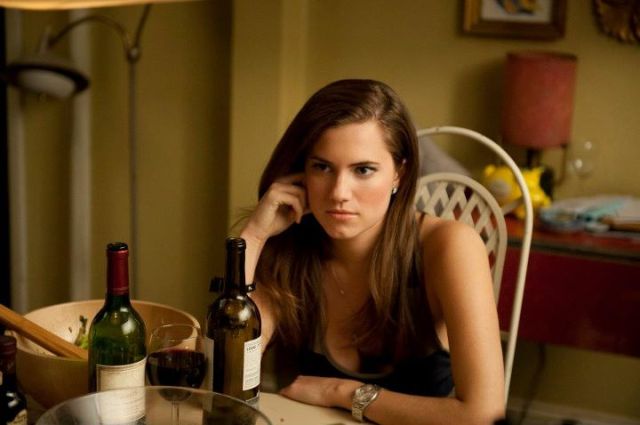 A lot of times people stress that you have to live it before you can write it. Dunham managed to write it as she lived it and I think it resulted in her voice being one of the strongest in the industry right now. She managed to take a television show on HBO and make it feel like another one of her indie films. That’s not any reflection on the production value but rather a compliment to her voice and storytelling ability. It doesn’t feel like a bunch of comedy writers wrote the show. It feels like your really funny friend that you’re always saying is hilarious and telling them they should do something with that but like what do you do with that ya know? wrote the show. 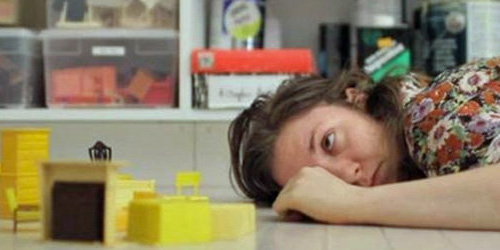 This show isn’t about a bunch of women cast as demure lambs with no family, friends, or feelings. Nor is it about naive women that fall victim to conniving pick-up artists or womanizers. It is super heteronormative. Please don’t expect otherwise. It’s also super duper white, just like New York and all of the United States. (That’s sarcasm fyi.) This isn’t a post about race but I have to say that I think Lena Dunham gets to be out of the box because she’s white. When you’re not white you’re already considered out of the box — you already cashed in all your quirky points at the Deschanel store when you were born.

I would love to see someone like me on TV but Jesus, I’ve all but given up on that. I’m not looking to these characters to represent me as a black person, a lesbian, or as a woman. I’m looking at them to represent me as someone who’s a hot ass mess. There’s nothing funny about people that have their shit together (which is probably why I’m hilarious). I don’t think the show is revolutionary. I’m sorry but unflattering angles and a woman not ashamed of her body isn’t revolutionary in my book. Not for a television show, anyway. And that’s what we’re supposed to be talking about, I think? The merit of the show? If so, then I think it’s a really great show and you should watch it.