On Wednesday night, Law & Order: SVU threw its hat into the Transgender TV Revolution game with an episode called “Transgender Bridge.” This is far from Law & Order’s first time dealing with a transgender storyline. The show has featured Kate Moennig as a trans woman, a trans girl who’s dad was shot by her school counselor who turned out to be a surprise trans woman, and what seems like dozens of murdered trans sex workers.

I’m still trying to process what exactly it was that I watched. There was so much that made me feel confused or angry or just completely lost that I’m having a bit of trouble organizing my thoughts.

The episode starts with a scene I thought I’d never see on TV: A 15-year-old girl, who we later learn is named Avery and is a fan of photography and graphic novels, gets up from her bed and we see her completely topless. That makes no sense, right? But it’s okay, because by seeing her topless we learn that she’s trans. I guess what we’re supposed to understand is that male actors — even if they’re playing teenage female characters — can be topless on primetime network TV. Then there’s another scene later where we see her breasts again. Janet Jackson taught us that even an impossible-to-see glance of half a nipple is a fine-worthy scandal, and based on the rules of society that says girls and women can’t go topless, this should have not happened once (let alone twice) in one episode. In a world where things made sense, or at least a world where trans women were seen as women, the FCC would have taken away NBC’s broadcast permit.

That’s the thing though: According to Law & Order, NBC and the FCC, trans women are men, so it’s okay for them to be topless. At least that’s what seems to be happening. Last night a few million people saw a fictional teenage girl’s boobs on NBC. One has to wonder, if a male actor were playing a cis woman character in a TV show, would that character be able to go topless? It doesn’t make sense. 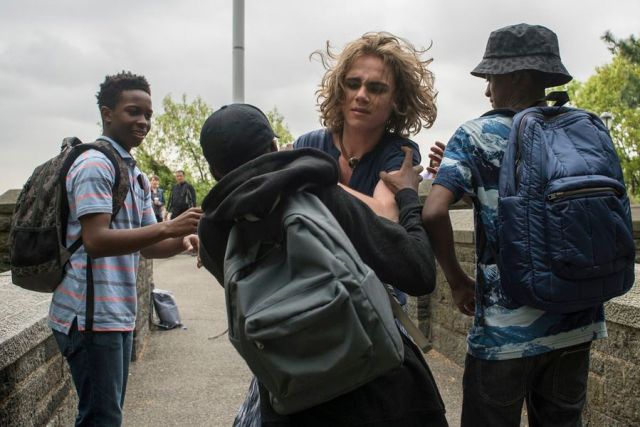 It also brings up the question of why Law & Order decided to go with a male actor for the role. I feel like if you’re going to do an episode that’s about trans people and how they’re discriminated against, and you filmed the episode after Dallas Buyers Club and after Orange is the New Black and after Transparent, you really should hire a trans actor. Basically, if you’re going to try to make a statement about trans people, you better have a trans person involved. Otherwise you’re just contributing to trans people being silenced.

The actual crime was disturbing, but in a different way from your average SVU crime. It wasn’t especially graphic, but how can you not be deeply disturbed when you’re watching a teenage girl being pushed around and called “he-she,” “tranny” and “freak” while other teenagers pull at her skirt demanding to see what she’s got under there. The attack ends up with Avery falling onto one of the boys, 15 year old Darius, causing the others to tease “she likes you, Darius!” followed by Darius pushing her off of him and off of the park bridge they were standing on.

Logic would tell you that since this episode was Law and Order’s Big Attempt at taking part in the Transgender Tipping Point, that scene would have been the last time Avery was misgendered, at least without people correcting the misgendering. This episode, however, paid no attention at all to the rules of logic. Right away the police officer at the scene tells Detectives Rollins and Carisi “she’s not a she” when referring to Avery. When Rollins replies with the one word question “transgender?” the officer replies with the desperately insensitive “Boy dressed as a girl, that makes her a special victim, right?” At least he got her pronouns right that time.

Throughout the rest of the episode, the boys who were attacking Avery call her “he,” and even “he-she.” This continues into the police station and all the way up to court. Misgendering a trans person is an act of violence, so, again, it’s completely bizarre that the police, the lawyers and judge would all let these boys continue to act out violence against the trans girl they attacked. Surely making sure they used the correct pronouns would be an easy way of helping them “learn their lesson” or rehabilitate or whatever the police and court system’s goal is. 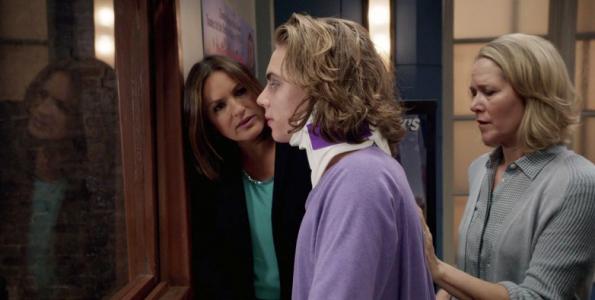 An injured Avery identifies her attackers before she succumbs to her injuries.

When the show does try to tackle the “trans issue” through the two detectives having a conversation about Avery, they continue to trip over their own feet. The conversation goes like this:

Carisi: “What makes a boy decide he wants to be a girl? What is it? Is it that he likes boys and doesn’t want to be gay?”
Rollins: “Um, there’s a difference between gender identity and sexuality, Carisi.”
Carisi: “Yeah, yeah. You know, my parents, they think this is all about getting attention.”
Rollins: “You were a 14 year old boy once, would you or any other boy you knew put on a skirt if it didn’t come from a really real place?”

Which, all of that is sort of right, but also doesn’t do a great job of explaining what being trans is like to the audience, who is obviously being represented by Carisi here. Both Carisi and viewers leave the conversation learning nothing other than being trans comes from a “really real place.” Really though, would it have been that hard for Rollins to say, “You see, that’s the thing, Avery’s not a boy who decided he wants to be a girl, she’s a girl who decided she wanted to stop pretending to be a boy.” Transparent already did this conversation perfectly, just follow their example!

Eventually, Avery dies from her wounds and then the episode is truly without a trans person to speak out for trans rights, or making trans people safe or valuing trans lives. I was going to say how ironic is it, but really, how perfectly fitting with how society really works is it that this episode killed off its lone trans character halfway through and instead made it all about the cis people around her.

The rest of the episode focuses on how they decide to charge the 15-year-old Darius as an adult, resulting in him going to prison for seven years, which is vile and evil and cruel, and how forgiveness is important in cases like this. There’s even an expert witness, a doctor, who testifies that Darius couldn’t have acted out of hate for Avery because he didn’t have enough experience with trans people to hate them, that he was motivated by insecurity and fear and the need to prove he was straight and a real man to his friends. The doctor blames the attack on Avery, precisely because she was trans. He says “Avery was someone very different from the biological boys Darius knows. Someone ‘other’ in ways that were threatening to a boy just beginning to mature sexually and emotionally.” I guess that’s a pretty good excuse for violently attacking a trans girl.

I can say that this was better than it could have been. Avery had a name and lines and she wasn’t the butt of jokes, and the overall message of the episode was that trans people have it hard. And while she was misgendered throughout the entire episode, her parents and lawyer used the correct pronouns, and any time a slur was used, we knew that it was bad that the person was using that slur. It seemed like Law & Order was trying to do the right thing, they just didn’t want to put in the effort that it would’ve taken to do a good job. 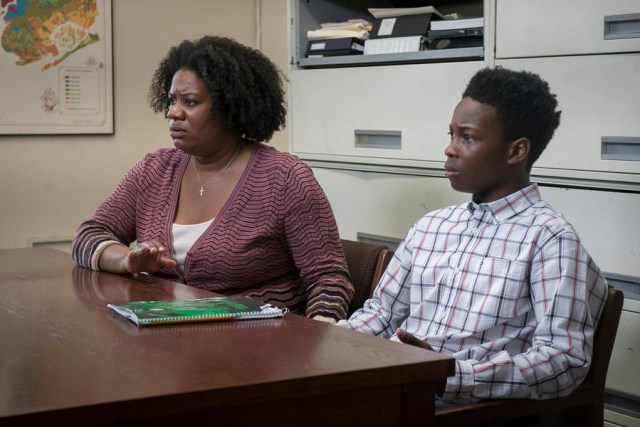 At one point in my notes I wrote “I’m really happy that they didn’t murder this trans girl,” only to watch her die in the hospital two scenes later. That’s how the whole episode went — any time I would get hopeful, they would let me down again. The only good thing about this episode was when Darius’ mother appears and she’s played by Adrienne C. Moore, better known as Black Cindy from Orange is the New Black. I just don’t understand how when there are so many trans people out there willing and able to work with and for TV shows to make sure they get their trans storylines right, we still get episodes like this. In the end, we have a dead 15-year-old trans girl, a Black 15-year-old being sent into the Prison Industrial Complex, a bunch of devastated parents and absolutely no feeling that justice was served or that anything positive would come out of the situation.