All image credits to Matthew Murphy.

Every once in the rarest while, an artist shows up on Broadway in possession of such exceptional talent — audiences start thinking about their future not in years but decades. Jagged Little Pill’s Lauren Patten and Moulin Rouge! The Musical’s Sonya Tayeh are such talents currently in the running for their first Tonys.

Not just because of her talents as an actress and singer but for the way her performance encapsulates the social and cultural history of “You Oughta Know” with such richness and truth that adds a new layer of meaning with lyrics queered for the show. Her performance is a gift to queer people and an ode to sustenance and healing. She turns the mirror back to us, crystalizing kinship with audience members who identify with Jo’s experiences. 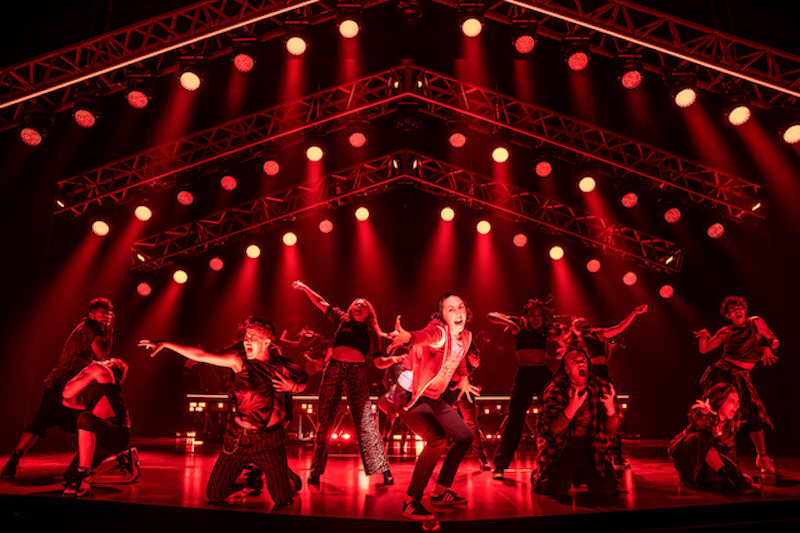 In Moulin Rouge! The Musical, a stage adaptation of the 2001 film, Sonya Tayeh’s extravagant, multigenre choreography, is a dare for performers and audiences alike to share the truths of who they really are. It’s a call to understand that for two and a half hours, we all get the same shot at being carefree, to choose freedom and play over fear. It makes the word celebration, which at times seems frivolous, suddenly seem more necessary than one might have imagined.

“I try to celebrate the art of play in a room. Moulin Rouge! has such excess and such unapologetic energy. I got on board to choreograph the show because dance drives the story, and that’s the Broadway show I want to see,” says Tayeh.

“Dancing was how I was most comfortable with myself and felt the safest. I really can’t live without being in motion. Putting bodies in motion. That’s how I communicate with clarity, with the idea of using physicality as a map… feelings and emotions… and seeing where that map takes me. I get so much solace from it.” 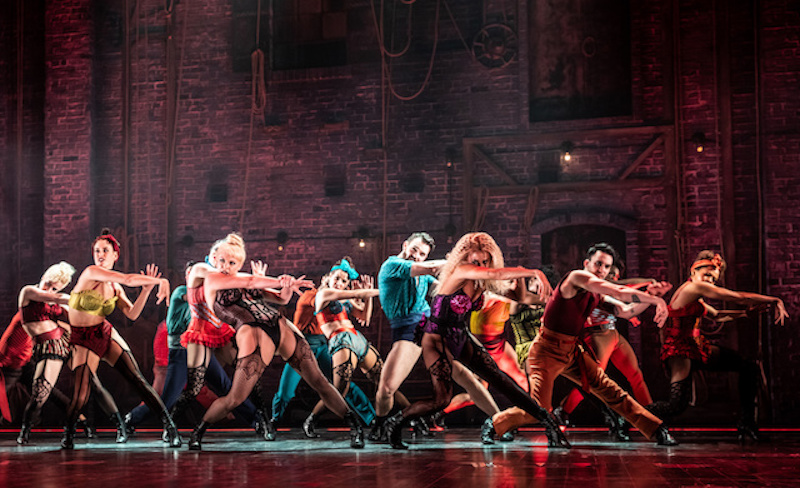 Queer representation is thankfully not a rarity in theater, but that pride has been reserved for queer men. Fun Home, The Prom, and Head Over Heels make the list of exceptions, but who says we should get so few and many of them short-lived? Patten and Tayeh’s Tony nominations signal that audiences and industry leaders are finally recognizing the work of queer artists that we need in order to achieve a radical queer vision of Broadway once performances resume but most importantly, the real change they can affect offstage.

Says Tayeh, “I want to generate electricity from the theater from the stage to the audience at a moment where we need to celebrate otherness, inclusivity, and righteous bohemian life, which means freedom for all. Moulin Rouge! celebrates love with people of all shapes, sizes, and colors, as it should be.”

Patten admits that as a queer performer, playing a queer character like Jo comes with a lot of pressure. Though she’s had principal roles on Broadway before, most notably Fun Home, Jagged Little Pill marks her most high-profile show to date.

“Everybody is desperate to see themselves because we don’t have that much representation, but any one person can’t represent every single person who shares their identity. I’m so happy to be able to represent even one specific person’s experience. But it’s also complicated.”

She has been with the production for approximately three years, through workshops, readings, and an out-of-town run in Cambridge, MA, so she’s acutely aware of the impact it has on audiences. “I love to be able to interact with folks and talk to them about their experience and what the show means to them. Sometimes those can be some of the most joyous and meaningful moments of my work.” 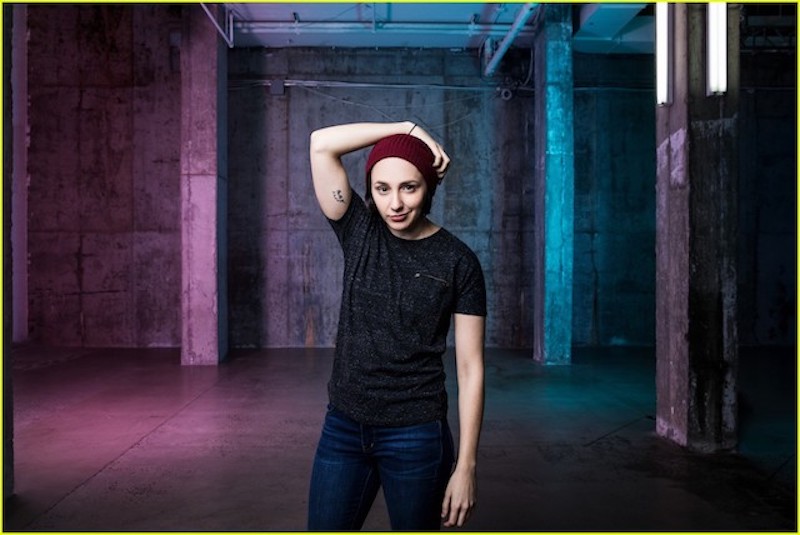 Sitting in the reality of our feelings isn’t only a recurring theme in Jagged Little Pill but throughout this pandemic. Rather than focusing on personal and professional losses and loss of exposure that Broadway shows bring, Patten and Tayeh see this pause as an opportunity to fully invest their time and energy in ensuring that they, along with the rest of America, don’t just grieve but learn and be of service.

I am curious, of course, about what Lauren Patten has discovered about herself as an artist during this pandemic, and she’s not willing to forget once Broadway resumes performances. She is thoughtful for a moment.

“Taking a look at an institution and how it still needs to grow and change is never easy, but I do feel the energy of the community that wants the institution to respond to this moment and wants there to be change within the institution. There’s so much energy passion behind that,” she says adding that she feels hopeful that as a community of artists they can lead that charge, perhaps in a different way than other institutions might.

Patten’s also reflective of the ways the last year has impacted communities of color disproportionately and often violently. Over the course of our conversation, she repeatedly states that she does not speak for people of color. But she won’t be leaving us to fight for our freedom alone.

“The danger in talking about this as a white person is I can come across as like, ‘Yeah, well, I’ve learned so, you know, now I’m the good white person.’ It’s not that at all. I’m still very much on the same plane as anybody. I’ve made a commitment to continuing to learn into showing up differently in spaces. That can’t go away for me and I hope that that’s happened for enough people that we can make a change in the spaces and in the institutions.”

In the context of the pandemic and the current wave of resistance against white supremacy, Sonya Tayeh’s work is a reminder that the task of imagining a different world and a more accessible and inclusive Broadway exceeds a lifetime. To speak with her is to remember that the process of healing is infinite.

“The patterns don’t work, they divide. They cause friction and separation. The further away we go, the less we will understand each other.”

As a Palestinian, Lebanese, Muslim, and queer artist, Tayeh wants to make sure that she has a reflection in the room, in a very tangible way that also includes ignoring gender constraints when hiring associates for her projects, including Moulin Rouge!: “Why are we so focused on these labels, when you do that, you pull half a page off the list of possibilities. What are you afraid of?”

This is why she remains inspired by the up-and-coming queer and POC artists making names for themselves, a bold new class of dancers and choreographers whom she frequently collaborates with and mentors. 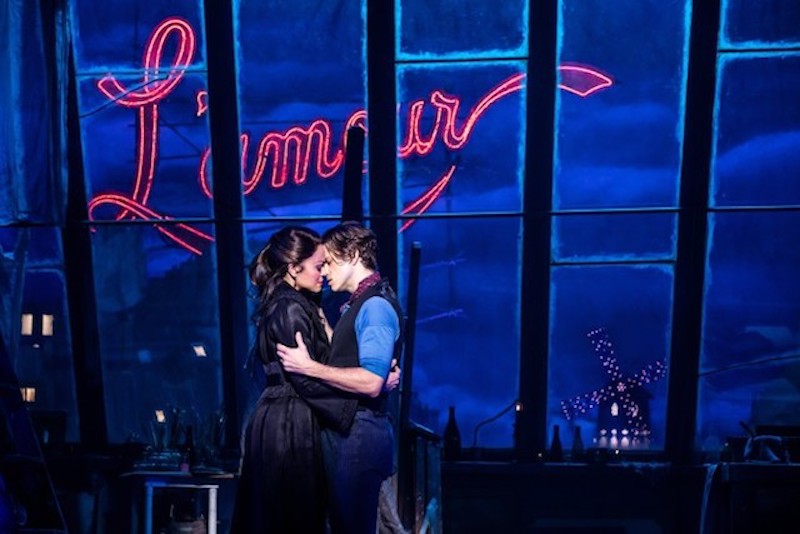 From an outsider’s perspective, it’s easy to only think of Lauren Patten and Sonya Tayeh’s accolades and accomplishments. But what brought them to this apex was their humanity, honesty, empathy, and ability to empower those around them to love themselves and speak their truth. It’s Patten and Tayeh’s tenacity that solidifies them as formidable queer artists eager to shift long-held perceptions that, quite frankly, have no place on Broadway.

In late 2019, before we all entered lockdown, I saw Patten in Jagged Little Pill. Interviewing her now, she leaves me with a question that stays with me long after speaking with her, much like the staying power of her presence in the show, except this one doesn’t have me stifling sobs. Instead, she asks how do we bring that kind of experience that we have in the theater — as connection and hope and empathy — into our lives, “because it has to be there too.”

That unwavering belief that Sonya Tayeh and Lauren Patten have in themselves, and the swings they’re taking in an effort to broaden our perspective of what theater can do, is galvanizing. They’re proving that regardless of whatever the future of Broadway or the Tony Awards holds, to make Broadway truly inclusive for marginalized people like us, you don’t ask for permission and don’t seek forgiveness — you have to simply exist.