Our anticipation has been building at a relatively steady pace for this monumental moment in music history, when Lady Gaga’s alter-ego Jo Calderone — until today, only glimpsed in bits like these initial photos floating around the internet and this Jo Calderone interview conducted entirely in character — makes his debut on the cover of Vogue Hommes Japan. 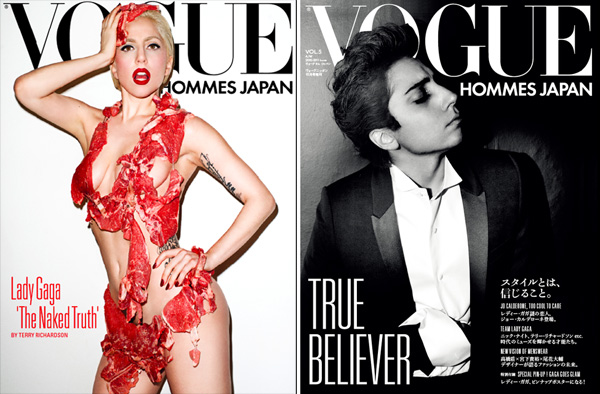 The complete magazine story has hit the stands and so we hopped over to Japan and picked up a copy. 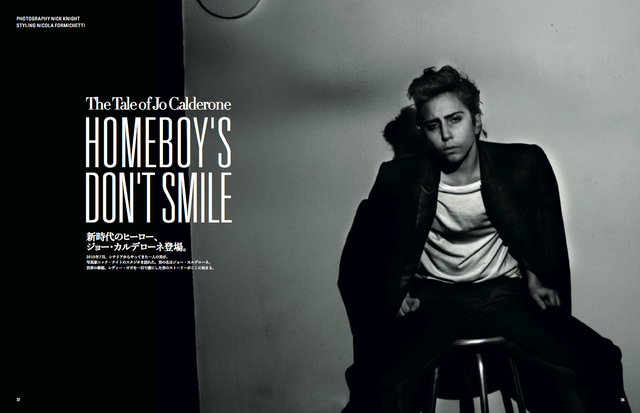 As you can see in the spread above, Vogue Hommes Japan has created a print paradox in its pages, confusing my soul as I’m forced to gaze upon two radically different things at the same time:

1) Lady Gaga in Male Drag (there is little else in the world I love more than queer women in male drag).

2) An apostrophe misapplied to a PLURAL NOUN (I hate nothing more than I hate misused apostrophes!).

The interview is mainly about Lady Gaga’s feelings on fashion, Nick Knight, Terry Richardson, Alexander McQueen, the Alejandro video, being a free spirit, putting coke cans in your hair (it sounds like cocaine when you say it fast, right?) and some other things that are hard to understand, probs because it was translated from Japanese to English, which leaves us with delightful paragraphs like this one:

Look at the countless forums on the internet. The constant criticism and/or adulation for Gaga’s fashion sense. But what is often ignored by both the pro and the anti factions is that Gaga’s sense of style is not a distraction, camouflage or an adjunct to the music she creates, it is as equally important as the way she sounds and carries equal weight. It could be the weight of a lobster on her head today – and she will often talk about the value of something being ‘whimsical’, like a chic pre-war Lady with a penchant for Schiaparelli but make no mistake, this is no mere accident.

IT COULD BE THE WEIGHT OF A LOBSTER ON HER HEAD TODAY! HURRAH! 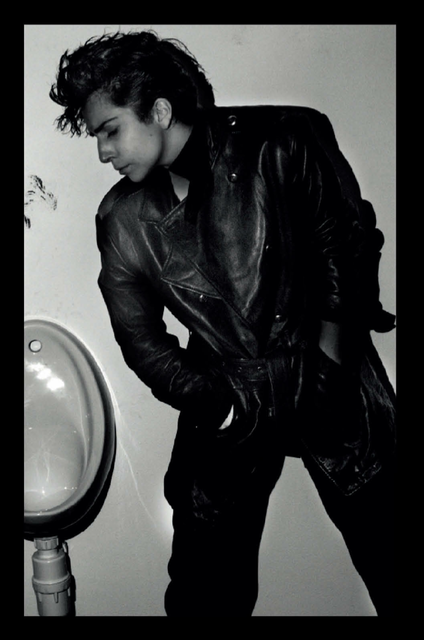 ‘There was this group of people in the fashion industry like Nick Knight, Nicola Formichetti, McQueen, Mr Armani and some of my other friends.. who saw the genuineness of what I was doing. Not the disingenuousness at all, but the liberation in that sort of work. What I love is the way it sets me free and the way I want my fans to be set free by it too. That was the most difficult fight for me in the beginning, and it still is a fight. It is a fight for the work every day, but I am unwavering in what I believe about my work and what I do because it is genuine. It is not disingenuous, it’s not a farce it is not artifice it is part of who I am and it is something that I want to share with everyone.’

Got that? It’s not disingenuous. Okay? We cool? A’ight.

As you can see, the power Lady Gaga is supplying is relatively electrifying: 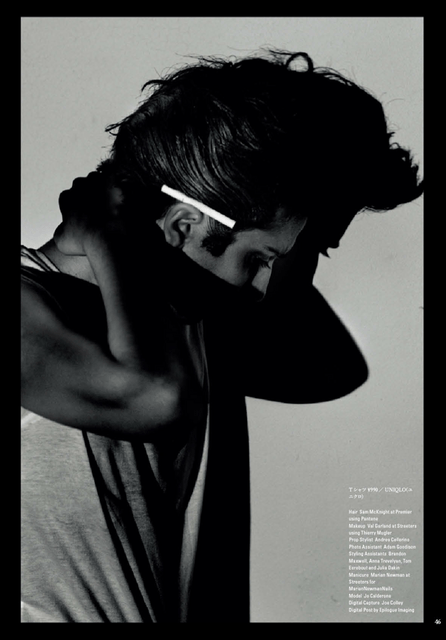 Is that all the hot you can handle? I HOPE NOT. Because Lindsay Lohan’s modeling Fornarina’s new fall line and girl is looking hawt.

Amber Rose, the bisexual ex-girlfriend of Kanye West, came out for Black Gay Pride in Atlana, where she judged a wet t-shirt contenst with Aneesa from The Real World Chicago.

Our bff Amos Mac got a nice write-up in Velvetpark about Original Plumbing.

The playlist for the season premiere of Glee will include Lady Gaga, Jay-Z and Poison. If Mr. Shu is going to rap again, we’re not watching.