Autostraddle Editor’s Note: Launched earlier this month, the now-legendary and massively viral “Kony 2012” video has sparked a wave of activism and, subsequently, a wave of controversy. Released by an American filmmaker working with advocacy group Invisible Children, the video hopes to raise awareness about Joseph Kony, the ringleader of the Lord’s Resistance Army, responsible for over 30,000 child abductions. Invisible Children is advocating for amped up efforts to capture Kony, save the children, and bring Kony to justice. The 30-minute video, which asks its viewers to use social media to spread the message and buy “action kits,” has 78 million views (and counting) and the twitter support of many prominent celebrities.

There’s a lot of discourse on both sides and a lot of opposing points that might not actually be mutually exclusive. Personally, what struck me about the video is that apparently everyone working for Invisible Children is white, which was one of many aspects that gave it a distinctly colonialist/White Man’s Burden feel (the unnecessary centrism of the filmmaker’s son was a bit strange to me too). Also if you look on their website, almost the entire US team is white! (Go here and where it says “United States” click on “All US” to see only the US team.) (Please correct me if I’m wrong). The video is supposed to be about, I guess, Americans helping Africans, but due to the overwhelming whiteness of the filmmaker’s team, it feels very much like it’s actually about white people helping Africans, and I don’t like that. My instinct — which is only that, it’s not a thesis — is that Jason Russell isn’t a money-seeking opportunist, but he is really ignorant, irresponsible and narcissistic, which are dangerous qualities to have when combined with power. I personally wouldn’t give them any money or participate in this campaign. But we’re all incredibly open to hearing what you think about it.

I’ve read a lot of good things about what other people think about it! The Visible Children website has criticized the campaign at length and Kony 2012 has responded to that in detail. We’ve also read interesting reports including Gender Without Borders’ 5 African Women Respond to the Kony 2012 Campaign, The New York Times‘ African Critics of Kony Campaign See a “White Man’s Burden” for the Facebook Generation, Foreign Affairs‘ Joseph Kony is Not in Uganda (and other complicated things), The International Herald-Tribune‘s Kony 2012 Is a Distraction From Issues Ordinary Ugandans Care About, Ethan Zuckerman’s Unpacking Kony, Project Diaspora’s TMS Ruge’s Kony 2012 is Not a Revolution, Senior Research Fellow at the Makerere Institute of Social Research in Uganda’s Kony 2012 From Kampala, The Atlantic‘s The Soft Bigotry of Kony 2012, Acholi Times’ Open Letter to Jason Russell and Jezebel’s handy How You Should Feel About Kony 2012, The Campaign That’s Taking Over the Internet. [ETA: A commenter pointed out this excellent article from The Globe & Mail: The Horror and the Hashtag]

Is this similar to the question we all had to answer when The Gay Girl in Damascus was revealed to be a straight white guy— is the fact that awareness was raised at all more important than how it was raised? I didn’t learn much from the video, but I learned a lot reading criticism of the video, so.

Jezebel has given us permission to re-print this article about Invisible Children’s ties to anti-gay groups, which may or may not be relevant to your interests. What’s your take on the whole thing? 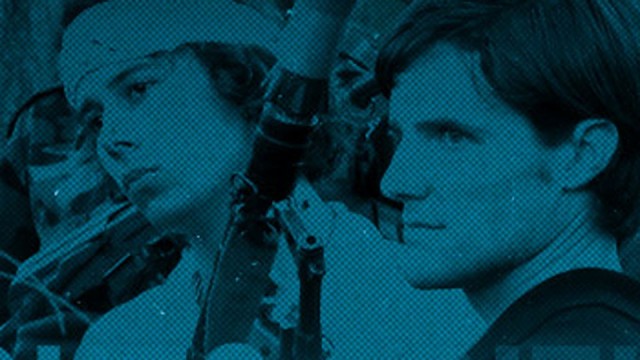 We’re still waiting on the new Kony 2012 video, supposedly slated to go live later today, that will answer all of our concerns about Invisible Children’s finances and goals, but we have some idea of what we can expect: earnest proclamations about how “uncomplicated” it is to bring Joseph Kony down and reassurances that Invisible Children does spend some of their money (37%) on-the-ground in Africa. Here’s what we’re nearly 100% sure we won’t see: answers regarding the nonprofit’s antigay, creationist donors.

Alternet’s B. E. Wilson researched 990 IRS tax forms and yearly reports from Invisible Children and 990s from its major donors and found deep financial ties to evangelicals and major funders of antigay organizations. Wilson thinks that the hundreds of thousands of dollars given by infamous gay bashers proves that, that from the first year it launched, “Invisible Children had appeared on the radar screen of some of the world’s largest Christian fundamentalist grant-making organizations.”

Invisible Children’s first yearly report in 2006 gives “special thanks” to the “Caster Family Foundation” and their 2007 report straight-up thanks Terry and Barbara Caster. The Caster family is one of the biggest financial backers of California’s anti-same sex marriage Proposition 8. And Philip Anschutz, who helped fund the Discovery Institute and supported Colorado’s 1992 anti-gay marriage Amendment 2, gave $5,218 that year as well.

But one wonders what kind of “special thanks” Invisible Children has given to the National Christian Foundation, which has donated hundreds of thousands of dollars to the nonprofit over the past few years. The National Christian Foundation is the largest, most active funder of the Far Christian Right, and states on its website that they “make certain every dollar that comes to us is ultimately distributed according to our Christian mission” and that they only fund nonprofits “enable followers of Christ to give wisely to advance His Kingdom.” They decided that Invisible Children deserved $350,000 in 2007 and $414,000 in 2008. Other groups that received donations include Focus on the Family, the Family Research Council, The Fellowship Foundation, The Call, and Ed Silvoso’s Harvest Evangelism — all extremely active antigay fundamentalist organizations.

Some of these groups have ties to Uganda, too, like Ed Silvoso, who works with Julius Oyet, the Ugandan author who claims that “even animals are wiser than homosexuals” and has been working to promote the Anti Homosexuality bill (also called the “kill the gays bill”) in his country.