Kirk Cameron is being a jerk again, this time to gay bullied teenagers.

Watch this first. Okay. You back now? That was all the background I’m going to pay attention to, because frankly we all have better things to do than to listen to Kirk Cameron be a douchecanoe. In summary, he said that homosexuality is “unnatural” and “detrimental, and ultimately destructive to so many of the foundations of civilization.” 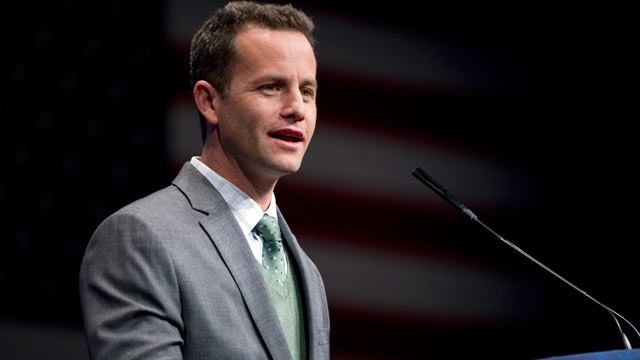 A Growing Pain. via abcnews.go.com

Kirk Cameron was in Ocean Grove, New Jersey for his lecture on marriage, Bible-style brought to you by The Camp Meeting Association, a Christian group. Enter the Garden State Equality Youth Caucus. Corey Bernstein, one of the co-chairs of the group, asked Cameron to discuss his recent hateful remarks.

“In a kind, respectful and constructive way, we’d like to talk to you about the pain your words about being LGBT have personally caused me and other LGBT youth. If you can’t join us for lunch that Saturday – when we youth will be meeting regardless – but can meet us at another time that weekend, we will do everything to make the timing convenient for you.”

He sounds far more eloquent and well educated than the former child star, but despite that fact Cameron’s manager responded with a negative. The response starts out fairly respectful, but then it gets…weird.

Cameron’s manager, Mark Craig, responded with the strange suggestion that the teenagers listen to Cameron’s anti-gay comments on the internet machine again, and furthermore invited them to the lecture, which is for married people.

“I would like to suggest if you really are interested in Kirk’s thoughts on the matter, you can listen online to the interviews and comments Kirk has shared where he was given ample time to communicate his heart and thoughts. I hope you can attend the event and see for yourself.” 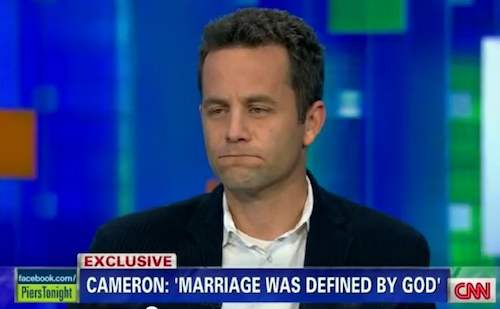 And then comes Congressperson Frank Pallone Jr., the democratic congressmen for the 6th district in New Jersey, to point out just how strange that statement is.

“You told Corey to listen to Mr. Cameron’s interviews and comments online, when in fact those comments were what prompted Corey, on behalf of himself and the other bullied LGBT teens at Garden State Equality, to write to Mr. Cameron in the first place. I find it remarkably insensitive for Mr. Cameron to suggest that these teens, once again, expose themselves to the words that so deeply hurt them upon their first encounter.”

Followed by, “I also question how Mr. Cameron’s talk, which he says online is “designed to fireproof marriages,” is relevant to these adolescents and young teens.” 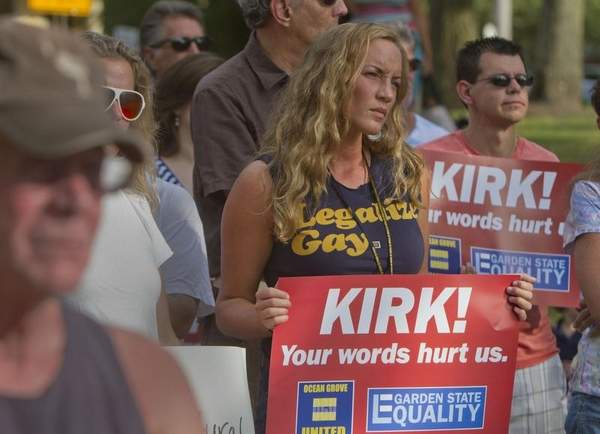 To make a long story short, the outcry has been phenomenal at the Jersey Shore, from Congressperson Pallone saying that he will attend the Youth Caucus lunch in Kirk Cameron’s place, to the protests in Ocean Grove organized by Ocean Grove United about the choice to provide a platform for these hurtful, bigoted words and this obviously desperate for attention former child star. This turned out to be the most civil protest on the face of mother earth, with the police shaking hands with protest organizers and the Camp Meeting Association having water on hand for their opponent demonstrators in case they got thirsty. Please, let Corey and the gang know how behind them you are and how professional they sounded. And remember the fine words of the other former child stars, the ones who aren’t completely awful to bullied teens.