Hey, guess what. Kate Moennig keeps her childhood trophies in her bathtub as evidenced by this new photoshoot by lesbian photographer Tasya Van Ree. 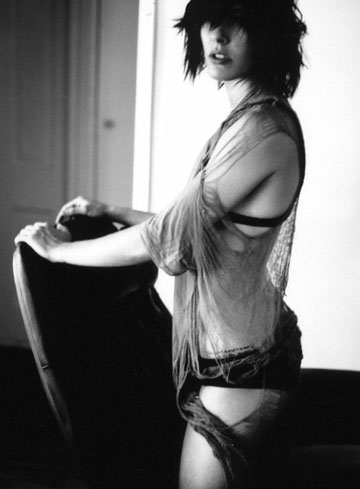 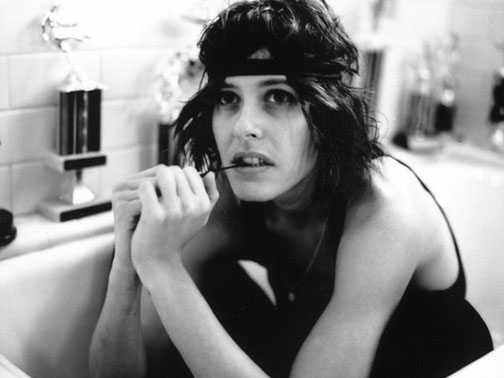 I spy Bette Porter tears! Check out the trailer for JBeals‘ indie film A Night For Dying Tigers, set to premiere at the Toronto Film Festival next month. The film also co-stars One Miss Lara Perkins, Lauren Lee Smith.

Lady Gaga has officially surpassed Britney Spears as the most followed user on Twitter. To celebrate the occasion she took the time to make this weird/cute/wtf video that involves magic wand sound effects and makes me miss Kristin Chenoweth as Glinda the Good Witch.

To celebrate the release of his first solo album, Brandon Flowers (of The Killers) had a show in West Hollywood where he performed a hot cover of “Bette Davis Eyes.” 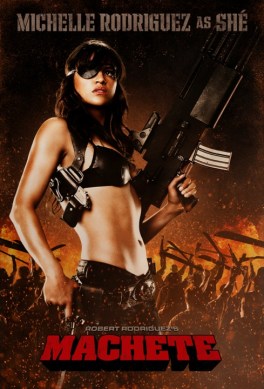 Ya know how MRod is always a smokin’ hot badass, whether on a surfboard, on an island or in the boxing ring? Well, she’s ready to lose the butch mystique for her new movie,  Machete.  Lindsay Lohan co-stars, by the way.  She says:

“You know what was amazing to me? Finally not having a frickin’ cop outfit. I’m so tired of these butchy polyester outfits. It seems every time I do something I’m wearing some government outfit – it’s so annoying. With the exception of Fast And The Furious, I’m always in uniform. I’m always like, ‘Can I just get rid of this butch outfit and be hot for once?'”