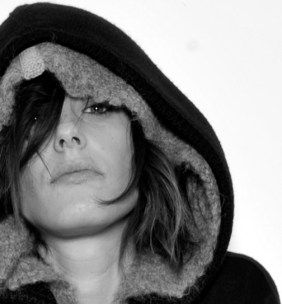 AfterEllen somehow managed to wrangle Kate Moennig into an mini-interview (it appears she is friends with the photographer/interviewer) in which she reveals that most people have the wrong impression upon meeting her for the first time:

“One thing I’ve noticed is sometimes when people approach me; they instantly talk to me like I’m in a bad mood, which isn’t the case. I’m naturally just a shy person when I’m around crowds or people I don’t know. It’s that age-old stereotype of thinking someone is a bitch or stuck up when really they are just quiet.”

She also talks about style and fashion, which I could probably listen to her pontificate on all day:

“I love clothes a lot. I don’t like trends but I appreciate style — how things are cut, how someone wears them. When someone looks great, to me, it represents knowing yourself, knowing your body and working with what you have. It’s empowering, it’s an extension of oneself and it doesn’t need to cost thousands of dollars to discover that. It could be a T-shirt from a flea market, but if it looks great on your body, then so be it. I always appreciate that aesthetic because there are no rules.” 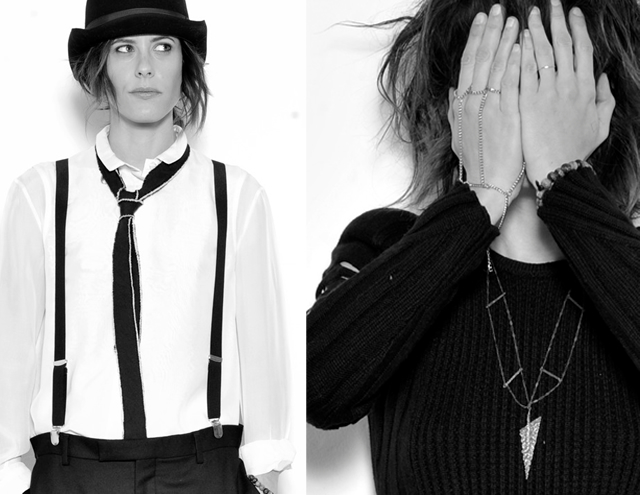 One of our favorite boyfriends, James Franco, chatted with Playboy about the bevy of gay rumors constantly swirling around him and his penchant for choosing gay roles. When asked about his interest in playing and writing gay characters — his next projects include playing gay actor Sal Mineo and gay photographer Robert Mapplethorpe — Franco said he has an interest in the ambiguity of sexuality. 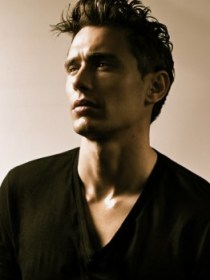 “Between World War I and World War II, straight guys could have sex with other guys and still be perceived as straight as long as they acted masculine,” Franco tells the magazine. “Whether you were considered a ‘fairy’ or a ‘queer’ back then wasn’t based on sexual acts so much as outward behavior. Into the 1950s, 1960s and so on, the straight and gay thing came up based on your sexual partner. Because of those labels, you do it once and you’re gay, so you get fewer guys who are kind of in the middle zone. It sounds as though I’m advocating for an ambiguous zone or something, but I’m just interested in the way perception changes behavior.”

Sidenote, why wasn’t he ever cast as Shane’s brother?

In the new issue of Vogue,  Jane Lynch’s wife Lara Embry chats about nearly giving up on love before she met The Lynch back in 2009:

“I had stopped dating altogether. I mean, you have to sit down and think, ‘How do you trust your judgment?’ But I saw Jane walking in the lobby and I thought, ‘I’m supposed to follow her.’ It was like I’d been picked up in a fishing net,” Embry recalls. “I was supposed to go that way — and she was actually going the wrong way! But it was like the door was cracked. It was perfect.” 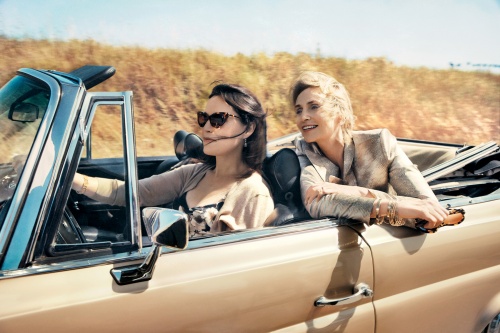 Lynch, who didn’t come out to her parents until she was 32, says her mother was impressed that she was marrying a doctor. Embry, meanwhile, jokes that her “mom’s expectations were very low. She was OK with the fact that Jane had gainful employment!”

The single most hilarious lesbian comedian (this second, according to me), Fortune Feimster, is hitting the big time as a regular writer and roundtable co-host on Chelsea Lately. She reveals that she will also be featured on the second season of After Lately in new profile in The Advocate, but obviously Autostraddle was all over that shit back in November. 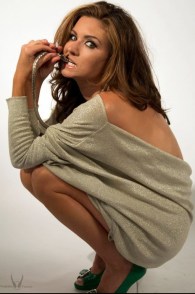 Are you in LALAland and want to catch our very own rising star Haviland Stillwell on stage? She is currently starring in Show At Barre’s fourth installment of the “For The Record” series which showcases signature songs and iconic scenes from Hollywood’s most legendary directors.  Visit showatbarre.com for tickets and check out Haviland re-creating songs and scenes from Coen Brothers films, including O Brother Where Art Thou, The Big Lebowski, Fargo and more through September 24!

If you can’t make it to the show you can see more of Haviland right here beginning August 1 in Autostraddle’s first scripted web-series, Unicorn Plan-It. Get excited!

The RuPaul Network is set to produce two new women-centric series – one for (straight) comedian Lisa Lampanelli (produced by Chelsea Handler) – and other written by hilarious comedy writer Carol Liefer. Liefer’s show, Out in the Burbs, centers on a woman and her partner in their suburban life. Speaking of Logo, does anyone watch The A-List: New York? I’m probs going to hell for this, but I am counting down the days until the second season premiere on Monday night.

IT GETS BETTER / STEPHEN COLBERT:

There’s just one day left to make the Real L Word Vagina Lady’s dream of a lesbified Who’s Afraid of Virginia Woolf come true. Check out these interviews with the film’s hopeful stars, Whitney Mixter and Bridget McManus, detailing a bit more about the project and why you should throw them a few sheckles.