This past weekend, on Last Week Tonight, John Oliver railed against America’s prison system. It was glorious.

“Our main story tonight concerns something Americans simply can’t to get enough of: prison… We love prison so much, a shocking number of Americans are currently inside one.” 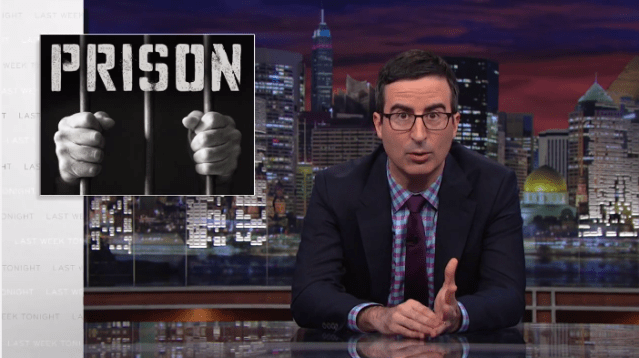 In a seventeen-minute segment, Daily Show-style with clips and puns and montages, but with the force of a full week of research and rehearsal behind it, Oliver pointed out the following pieces of the broken system:

But what I really loved about this is that Oliver explicitly talked about the fact that the broken system is not just about bureaucracy and terrible politicians and companies — it’s also related to the fact that our society programs and reprograms itself to not care about incarcerated people and the fact that they are real humans with real lives and families that are terribly affected by the system. “We are doing a terrible job taking care of people that it is very easy for all of us not to care about,” he said.

Oliver featured a Sesame Street skit about incarceration, to highlight how widespread the impact of incarceration is on American kids and families, and to contrast it against most American shows that make prison into a joke, or into something sexy. 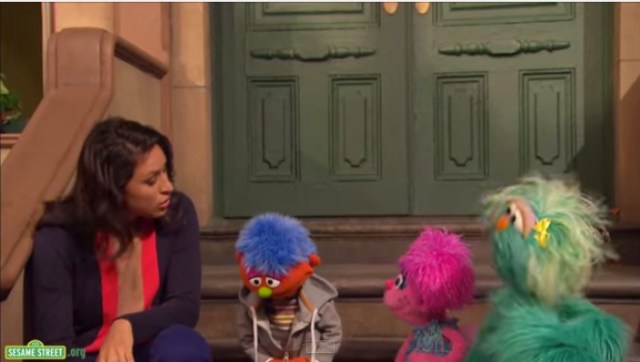 Though what he didn’t mention — and, really, this hammers his point home even more — is that this sketch did not actually air on regular episodes of Sesame Street. There was too much backlash from people who could not deal with the idea that people affected by incarceration — the incarcerated and their families — might be deserving of some Sesame Street-style empathy. Instead it was shown in prisons, which just seems completely counterintuitive. Not that people in prison shouldn’t get to see it, but the target audience was people who don’t know the daily struggle of life for kids with incarcerated parents.

Oliver then produced his own spin on the Sesame Street sketch, singing a song with puppets. I honestly didn’t think this was great, and I thought the way he dismissed most of the puppets’ concerns kind of missed the mark, especially after he was so on-point with his analysis. (Yes, I am being critical of his puppet usage not being political enough. Deal.) But I am so down for the last line of the segment, especially using the classic public broadcasting line to coyly implicate his viewers in maintaining the system:

“America’s Broken Prison System is brought to you by decades of neglect, a lack of political courage, and a generous donation of the geo group, as well as viewers like you.”