Visibility for LGBTQ youth is necessary and important, both because such stories are not told as often as others and because for many, the only common thread is that there is no common thread. 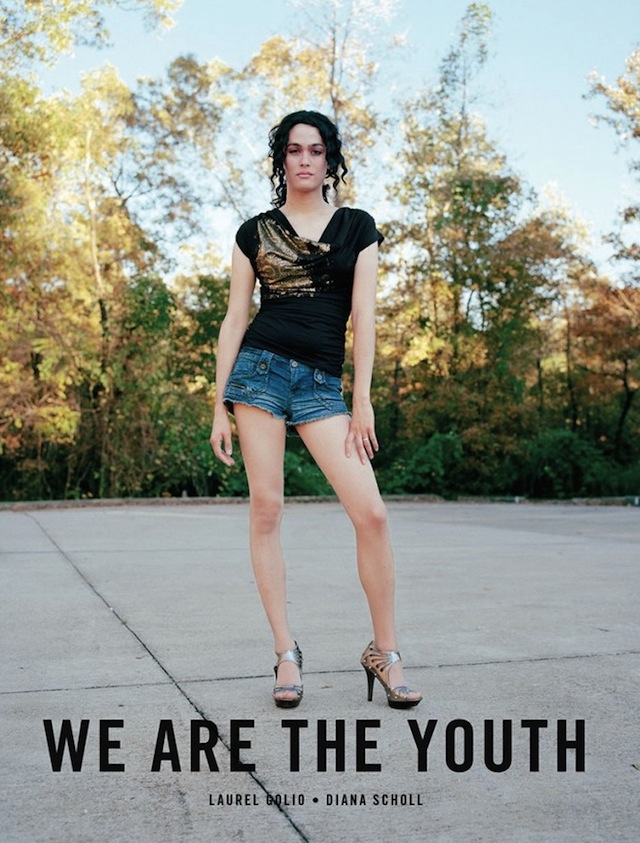 We Are The Youth is a stunning project of photojournalism that illustrates the diverse experiences of queer, gay, lesbian, bisexual and trans youth across America (and in a few instances Canada). Photographer Laurel Golio and journalist Diana Scholl capture participants’ stories in their own words. In the introduction to the project’s recently released book, they write:

“We set out to show the humanity of a unique population often depicted in stereotypes, to scratch beyond the surface and to share the stories of young people ages 21 and under, who don’t often see accurate and rich representations of themselves. We have since traveled to 13 states and profiled over 80 individuals of vastly different experiences in an effort to shape a portrait of a community on the brink of change.”

Here are a few highlights: 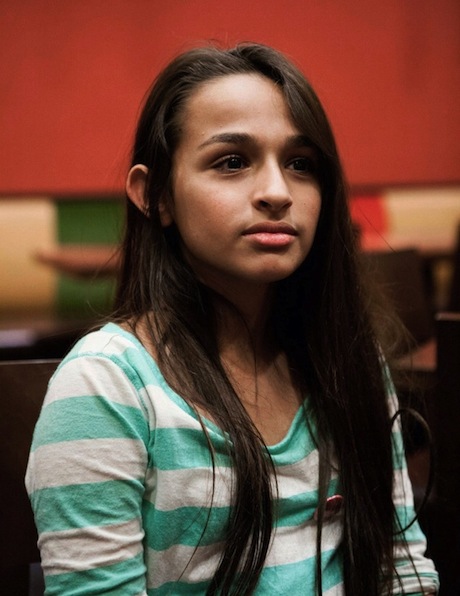 I’m the youngest of four siblings and the baby of the family. My family just treated me like anyone else growing up. They taught me that everyone has a special and unique trait about them, and that mine is that I have a girl brain and a boy body. I knew I was a girl from the time I was a toddler, and my family always taught me that being transgender was okay and I should be proud of who I am.” 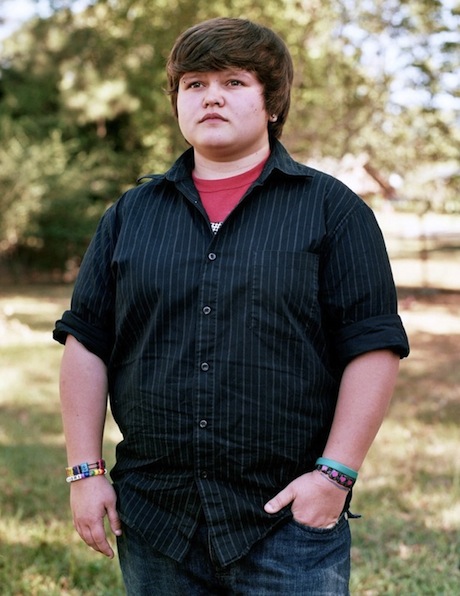 “I came out at, like, 12 years old, first as bisexual. I thought I liked guys a little bit but I really did like girls a whole lot. I came out to my mom, and I was like, ‘I have something to tell you..’ and I couldn’t get it out. And she said, ‘You’re not sexually active, are you?’ And I’m like ‘God, no. I’m kind of bisexual.’ She’s like, ‘You’re 12. You don’t know what you’re talking about. Go back to sleep.’ But now my mom is a PFLAG mom and has rainbow stickers all over her car.

I was scared to tell my dad. But he was like, ‘Whatever tricks your trigger. Just don’t be tricking it too early.’ Then we’d check out girls at Wal-Mart. My dad died last year so he didn’t get to see the activism I’m doing and what I’ve accomplished.

The year after I left my high school, a lot of girls at my school came out. They didn’t really get teased, because they dressed feminine. A lot of people aren’t comfortable with a girl who dresses like a guy. I know I’m a female; I just look like a guy. I know I’m not transgender. And that’s what people around here don’t understand.” 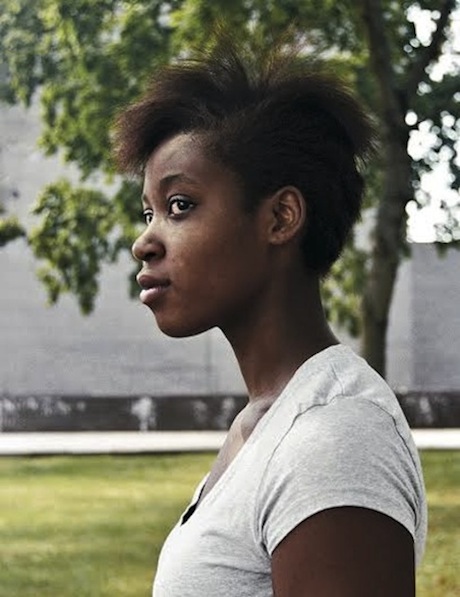 I’ve never had a girlfriend. Dated, yes. Girlfriend, no. In high school, I mostly met people at Center Lane. I’m in leadership there, and dating people when you’re in leadership is not a good idea. I’ve seen it go downhill. It’s not smart. […]

I told my mom I liked girls in eighth grade. She didn’t pay attention to it. I told her again last year. She pretends it doesn’t exist. She didn’t say anything, at all. I’d rather she be angry.” 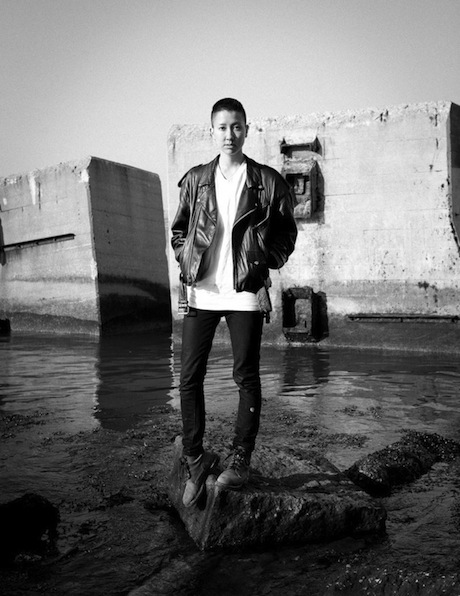 “In Japan if you have tattoos, you’re in the mafia. When I saw my grandmother in Japan I had to cover mine up because she’d reject me as part of the family. I also couldn’t tell my grandmother I was gay. Having tattoos and being gay and going to art school? She’d be like, ‘What are you doing with your life?’

I’m half-Japanese and half-white. When I’m in America, I feel more Japanese, but when I go to Japan I feel really white. It’s strange because I don’t really have a home. […]

I don’t think I officially ever came out. It was more of a gradual process. My junior year of high school I went to Oxbow, an arts program in California that has students from all over the country. It was the first time I was independent and I had to figure out how to live. I started being more open about being gay.” 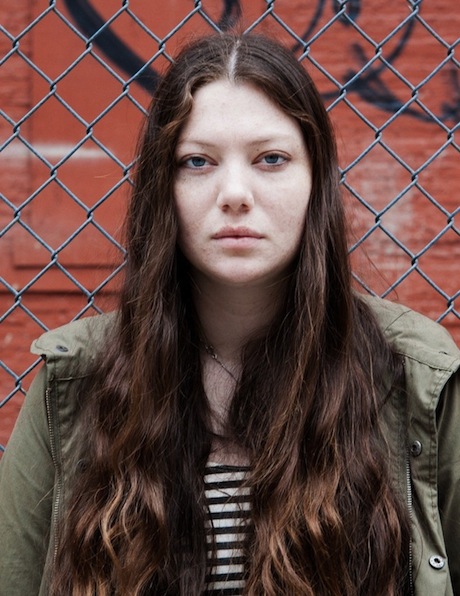 “I don’t know what I could do to make me seem gayer. Even last night I was talking to a girl I’ve known for a while. I said something about some girl, and she was like, ‘Oh, are you bisexual?’ She jumped to thinking I was straight to thinking I was bisexual. I’m like, ‘No, I’m pretty fucking gay.’

I could cut off my hair, but that wouldn’t be me. I’m not one of those people who can change my appearance at the drop of a hat. I don’t have piercings, I don’t have tattoos. I guess hair grows back, but I have weird things with my hair. It’s like a security blanket. To me at least, cutting my hair so people know I’m queer would feel like putting on a costume.”

We Are The Youth is an ongoing series available online as well as newly in paperback. If you’re under 21, you can share your story.