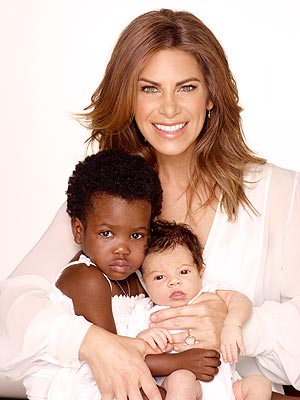 See, once upon a time (January 2010, to be exact) Jillian Michaels “came out” as bisexual in Ladies Home Journal and we wrote about it. We also mentioned in our article that Michaels was dating Heidi Rhoades, although that information had not officially been made public yet — until today.

Today I did my early morning traffic-check and was surprised to see the 2010 Jillian Michaels post blowing up as our most popular post of the day, so I googled Jillian Michaels to see what was going on. Well, it turns out that Jillian will appear in People Magazine this Friday with her two children and is consequently going public about her relationship with Heidi Rhoades. People Magazine has a preview of Friday’s article on their website, which includes an adorable video. With the great power we amassed by unintentionally winning the Jillian Michaels Gay SEO game comes great responsibility. So, here’s the article:

As a trainer on The Biggest Loser, Jillian Michaels was known for dishing out tough love to contestants.

But these days, she’s doling out tickles and hugs to her 2-year-old daughter, Lukensia – whom she recently brought home from Haiti after a lengthy adoption process — and the newborn son, Phoenix, that partner Heidi Rhoades gave birth to on May 3 in Los Angeles.

In an exclusive at-home interview and photo shoot, she discusses the two-year journey that led her to her daughter and reveals an incredible twist of fate: Rhoades, 31, delivered their son the same week Michaels finally brought their daughter home.

The instant family has made for long days and nights for Michaels. But she insists she wouldn’t have it any other way.

“I don’t even answer email. I don’t have time to care about anything else,” she notes. “I want to be really present and enjoy all the nuances of their growth and development. I don’t want to rush any of it.”

As her star rises it makes me wonder about the status of her romantic life. In the past she has complained about being unlucky in love. Is that still the case? “Let’s just say  believe in healthy love. If I fall in love with a woman, that’s awesome. If I fall in love with a man, that’s awesome. As long as you fall in love… it’s like organic food. I only eat healthy food, and I only want healthy love!” Whoever it is for Michaels, they should know what they’re getting: one smart cookie. 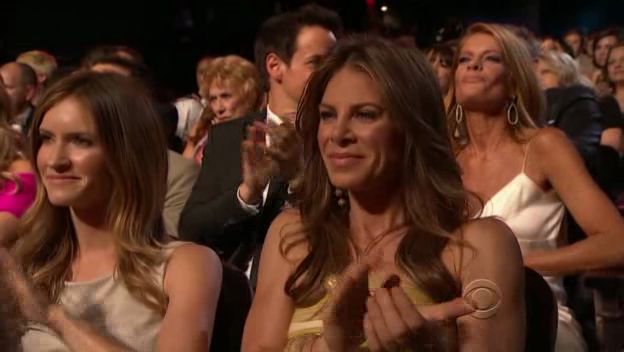 As recently as October 2011, Jillian spoke to Redbook about the adoption process, revealing nothing about Heidi:

RB: Will you be parenting on your own? Or do you have somebody in your life?

JM: I’m adopting as a single parent. I am seeing someone, [but] I keep their life private, because the email has been hacked, the Facebook has been hacked….

RB: You said in your book, Unlimited: How to Build an Exceptional Life, “relationships were not my strong point.” Do you feel like they’re stronger now?

JM: I’m making huge progress. In the past, if something made me feel vulnerable, I would shut down. Now I’m really good at saying, “Okay, I’m feeling insecure.” I’m dating someone who’s a twin, so it’s like, “Your relationship with your twin really intimidates me because you guys share everything.” If you can’t be vulnerable, how can you work on something? How can it improve?

Despite the Ladies Home Journal story, it’s likely much of Michaels’ fanbase was unaware of her sexual orientation. So this is a pretty big step for Jillian. In 2011, AfterEllen speculated that The Biggest Loser wanted to keeps its trainers in the closet or at least stop them from speaking to the gay press. She’s never really publicly allied herself with the GLBT community, and Michaels’ repeated insistence that she’d be raising the child as a single mother was puzzling, to say the least, especially for her to be saying that while her partner was in the middle of a pregnancy one imagines the couple planned together.

Safe to say, when Jillian Michaels and “controversy” are in the news, it’s never because of her sexual orientation. In the past, she’s spoken out against the weight-loss methods promoted The Biggest Loser, the intensely problematic reality TV show that made her famous. In 2010, Michaels was named in four different lawsuits which claimed her various products —  the Jillian Michaels Maximum Strength Calorie Control dietary supplement, the Jillian Michaels Maximum Strength Fat Burner and the Triple Process Total Body Detox and Cleanse — were ineffective or dangerous. All the suits were dismissed, however. In 2010, The Los Angeles Times claimed Jillian “is not actually a real fitness trainer — she’s an actress playing the role of fitness trainer on TV and in a line of popular DVDs,” but Jillian threatened to sue for defamation and they subsequently posted a correction to their article. She was also under attack in April 2010 for allegedly telling a magazine that she’d rather adopt than give birth because “I can’t handle doing that to my body,” but that turned out to be a misquote — Michaels has PCOS.

So far, the reaction to her announcement has been overwhelmingly positive — she’s been flooded with support on Twitter and Facebook.  And this comes at the end of a week where Queen Latifah performing for ‘her people’ at Long Beach Pride was widely cited as her “coming out” and Raven-Symone‘s twitter response to rumors about her sexuality confirmed the rumors without actually confirming the rumors. Maybe this is the dawn of a new era, where stars forego the traditional “coming out” ritual for more subtle, roundabout affirmations of homosexual affiliation, and maybe this new era is one in which these kinds of announcements really aren’t a big deal anymore. Time will tell.