Kool Thing are a part-Irish, part-Australian Berlin-based band consisting of core members Jon Dark and Julie Chance plus recent addition Valentin Plessy, who adds the might of live percussion to their on-stage presence. If melancholy-tinged pulsing electronic rock is your thing, then Kool Thing may just be the band for you.

Chance and Dark (originally hailing from Dublin and Sydney respectively) originally met in Paris and quickly realised the likeness in  their musical passions – they swapped records and ideas, hatched a plan, and relocated to Berlin to get cracking on making their  musical ambitions a reality. Get acquainted with their earliest music video, “The Sign”:

The online buzz about Kool Thing to date has not been without good reason. I first encountered the act in the summer of 2011, when they opened for none other than Austra on the Dublin stop-off of their debut European tour. I was hooked straight away. Being hand-picked by Katie Stelmanis & co. as a full-tour support act says a lot about the calibre of the Kool Thing product. Austra are not the only artists whom they’ve impressed, either. Kool Thing have also toured with acts such as MEN, Light Asylum, and Maria Minerva.

Endorsements from established artists are one thing, but Kool Thing are more than able to let their music do the talking, too. Their sound is rich and expansive, yet not without its minimalist charm in parts, either – raw electric guitar riffs teamed with melodic synthesised beats, and layered dual vocals commanding a harmonic presence, all immaculately produced  to match their artistic visions. For a fine example of their style, look no further than the brilliant “Light Games.” (There are naked ladies canoodling within this video, so perhaps NSFW).

An assertion that the future looks bright for Kool Thing can be made confidently. Their rise has been steady thus far, but most recent single “PLAN.LIFE.GO” has the potential to elevate them beyond a mere “buzz band” into a very exciting prospect for the coming months. Always the standout of their live show, the irresistible riff of this track leads the slow-burning charge towards its transformation into an all-out stomper of an electro anthem. Exquisite:

“PLAN.LIFE.GO” is available to purchase via Bandcamp, and includes remixes from acclaimed Irish producers Toby Karr and REID. You can keep track of the antics of Kool Thing (or even say “howerya” / “g’day” /  “guten tag”) to the band via their Facebook or Twitter  profiles. And if social media ain’t you thing, then just go old-school and visit the band’s official website. 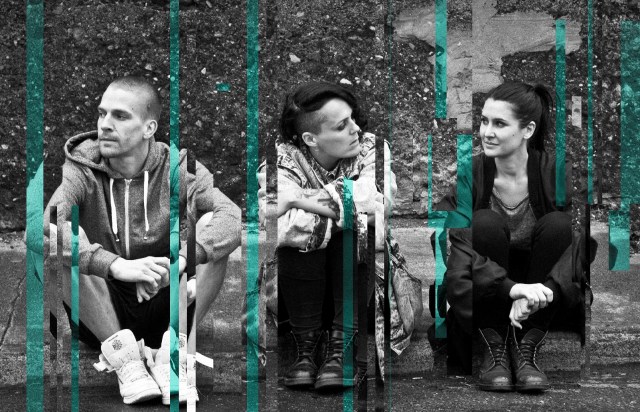