The statistics surrounding American foster care are harrowing. Insult is added to injury when children – most of whom enter foster care because of parental abuse – spend an average of three displaced years in the system, rotating between three different placement homes. 25% of those kids will never find adoptive homes or be reunited with their families. Instead, they will “age out” of foster care. There is a sharp correlation between foster childhood and institutionalization. 25% of incarcerated Americans are foster care alumni. 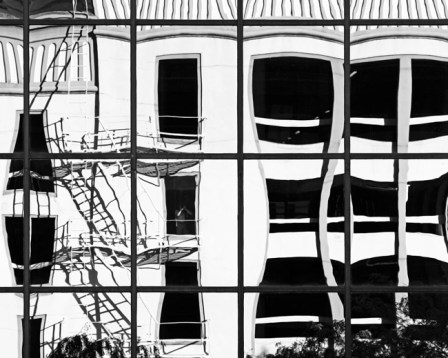 For queer kids, these problems are only amplified.

Of the nearly 500,000 individuals in the system, a disproportionate amount – 18% – are LGBT. Finding placement, be it adoptive or foster, becomes even more of an uphill battle. Every route out of the system seems to be boarded off by homophobia. 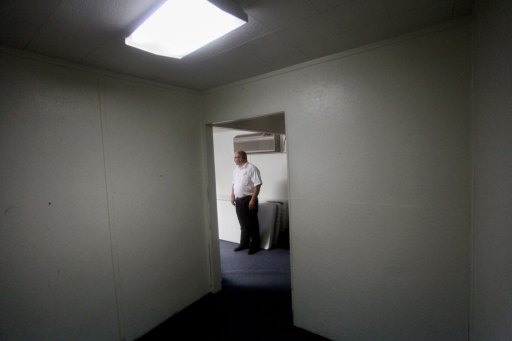 Lighthouse of Northwest Florida via The Tampa Bay Times

When Boys’ Home Association in Jacksonville, Florida conducted a survey of 246 foster families, they found that only 21 of them were willing to accept a gay teenager into their home. For many, group homes become a viable alternative. Yet this system is also plagued by layers of injustice. The system and the faith used to justify abuse are broken.

Last week, the Miami Herald detailed the account of a gay 19 year-old foster care alumni who spent his teen years at His House, a Christian group home which touts itself as a “faith-based organization dedicated to restoring the joy in the lives of children from newborn to 18 years of age“:

In court documents, the man (whose name is being kept private), recounts how, at age 16, he confessed he was gay to the head of His House Children’s Home in Miami. The director then dragged him to a remote location, cried uncontrollably and screamed, “How could you do this to me?” After that, things went from bad to worse: The teen was expelled from his Christian school, forbidden to speak with his best friend, harassed by staffers and other kids, denied access to beneficial programs and made subject to repeated attempts at “conversion.” “They always told us that God is love, but I guess there’s no God there,” the victim, now 19, wrote of his stint in the group home.

The man reportedly entered foster care at the age of ten, after being removed from his abusive mother’s custody. Prior to arriving at His House, the abuse continued when another foster youth molested him.

The His House employee accused of accosting the man is its founder, Jean Caceres-Gonzalez, an alumna of Oral Roberts University in Tulsa. (If the name rings a bell, that’s because Roberts was a Christian Evangelical who claimed to have healed millions with his own two hands. When Roberts died in 2009, Joe.My.God cheekily referred to him as “the world’s most successful scam artist.” Homophobia is no stranger to the Roberts clan. The pastor’s gay son committed suicide in 1982, and his gay grandson was forbidden from sitting with family at his funeral.)

What is most unnerving about this claim isn’t that a foster child has yet again been on the receiving end of virulent homophobia, or that the hatred seems to be purely motivated by Christian beliefs. It’s that the sort of alleged abuse that went down at His House is 100% legal in many Florida group homes.

In 1984, the Sunshine State passed a law which exempted religious homes from certification. Instead of being licensed with the state, faith-based group homes are allowed to become accredited with the Florida Association of Christian Child Caring Agencies (FACCCA). While His House is state-licensed and thus monitored by the (relatively competent) Florida Department of Family and Children Services, many of Christian group homes in Florida are not. 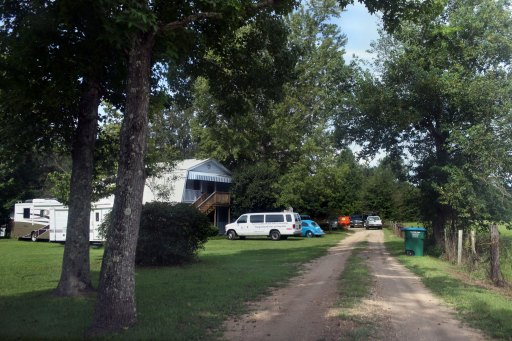 FACCCA has its own problematic set of standards: Unlike state-licensed institutions, FACCCA allows corporal punishment. Depending on the institution, children may or may not have access to a phone in order to report abuse (it’s been reported that residents have been denied access to phones for up to two months at a time). Shackling and confinement do not require a doctor’s approval. Lastly– and perhaps most obviously – prayer can be made mandatory. As long as it’s backed by a religious text, virtually any sort of abuse can be allowed to masquerade as an exercise in religious freedom. What’s even more horrifying is that many faith-based group homes in Florida do not have accreditation with either DFCS or FACCCA. They merely exist as pseudo-boarding schools which play to their own, often lethal, rules.

Reporter Alexandra Zayas and photojournalist Kathleen Flynn of The Tampa Bay Times spent a year researching these certified, kind-of certified, and not-certified-at-all group homes. 34 group homes later, the series of offenses that Zayas and Flynn have documented is worse than anyone could have ever imagined:

State authorities have responded to at least 165 allegations of abuse and neglect in the past decade, but homes have remained open even after the state found evidence of sex abuse and physical injury.

The religious exemption has for decades allowed homes to avoid state restrictions on corporal punishment. Homes have pinned children to the ground for hours, confined them in seclusion for days, made them stand until they wet themselves and exercised them until they vomited.

Children have been bruised, bloodied and choked to unconsciousness in the name of Christian discipline. A few barely escaped with their lives. In addition, in two settled lawsuits, a mother said her son was forced to hike on broken feet; a father said his son was handcuffed, bound at the feet, locked away for three days and struck by other boys at the instruction of the home.

Adults have ordered children to participate in the punishment, requiring them to act as jailers, to bully troublemakers or to chase, tackle and sit on their peers. 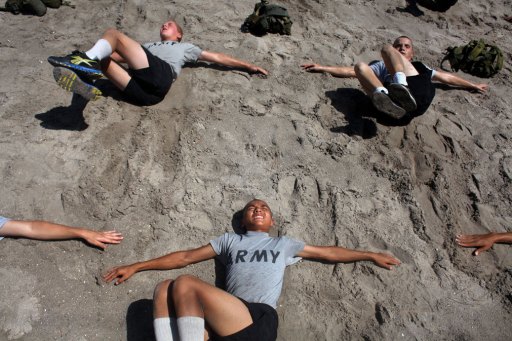 In these homes, “sparing the rod and spoiling the child” is not just Biblical doctrine, but actual practice. At the unaccredited Southeastern Military Academy, boys between the ages of 11 and 17 are subjected to a boot camp-style regimen. While the “home” only houses 12 children at a time, it has been subjected to 33 investigations of abuse.

Self-proclaimed “Colonel” Alan Weierman is unapologetic in defending the program’s use of shackling and restraints. It’s hard to not become enraged when he says, “When I go out of business, they’re going to have a party at DCFS. They’ve destroyed my chances of having a job at any other facility.” For Weierman, this clearly isn’t about helping adolescents transition into upstanding adults. For him and many others who run group homes, it’s about profiting financially off of their misery; Christianity-based legal loopholes seem to be the most efficient way to do so.