Queermos, let me be straight with you: I’m writing about something I’ve not yet experienced. When I heard that Janelle Monae‘s new album, The Electric Lady, was streaming on VH1.com days and days before its official in-store release date, September 10th (on which day you can be sure to find me patronizing a local music establishment, probably wearing a cape), I rushed directly into this post to let you know, rather than first embarking on what is sure to be a dizzying hour-and-eight-minute journey through sonic cityscapes, afrofuturist fairy tales, and multigenre feats of vocal imagination, not to mention guest appearances by Miguel, Erykah Badu, and, holy shit, Prince. 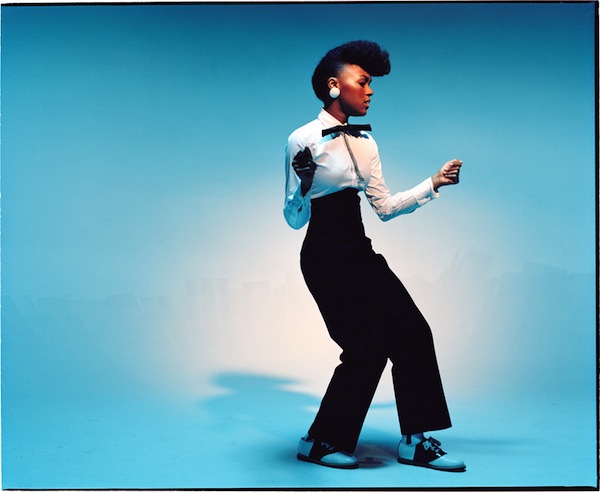 I feel confident in doing this because we already know JMonae is a tightrope-dancing gender-bending android-dating onstage-nude-painting certified musical genius. Earlier installments in the Metropolis series, particularly 2010’s The ArchAndroid, are amazing on many levels, perfect for everything from kitchen dance parties to to sociocultural close-readings. She seems to be poised for a world takeover, so I have hope that by Thanksgiving your relatives will have opinions about that suit-rocking lady who sings love ballads about cyborgs and dolphins. Also she is so queer, you guys. 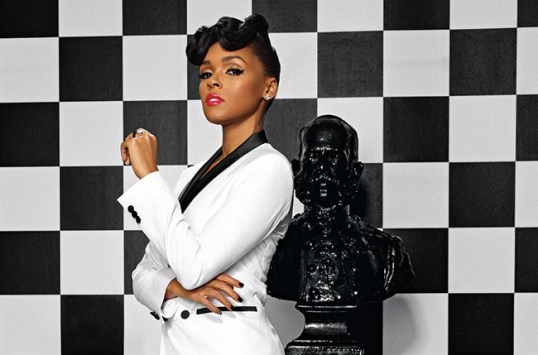 AND, even if you have never heard any of her albums (or of her, at all) I have a feeling you will like The Electric Lady anyway. If you have doubts, see below to instantly dispel them.