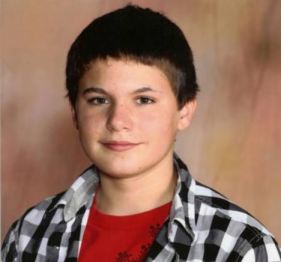 The September 18th suicide of 14-year-old gay teenager Jamey Rodemeyer hit the community hard. It even attracted the attention of his idol, Lady Gaga, who began a crusade in his memory to curb bullying through stricter federal legislation, labeling it “a hate crime.”

A few weeks later, Jamey’s computer and cellphone were sent to Forensics by the Amherst, New York police, to determine if any of Jamey’s tormenters could be prosecuted. Yesterday, police in Amherst announced that it had been determined that these offesive comments couldn’t be considered criminal, and therefore no charges could be filed in this case.

Detectives on the case also interviewed Jamey’s family, friends, and peers, via which they uncovered five “bullying episodes” Jamey had endured during his short time as a freshman at Williamsville North High School. For the record, Williamsville North High School began classes on September 6th. Taking weekends into account, this means Jamey Rodemeyer endured five “bullying episodes” IN NINE DAYS OF SCHOOL. It’s unsurprising the teenager, who’d recorded an upbeat “It Gets Better” video earlier that year, wasn’t too optimistic about his future.

Three students were identified as “targeting” Jamey in school (one of whom hired a lawyer after Jamey died) but they weren’t the same kids leaving hateful messages on formspring or tumblr.

Police Chief John Askey told the press that Jamey “was exposed to stresses in every facet of his life that were beyond what should be experienced by a 14-year-old boy.” Askey expressed disappointment that no prosecutable offenses had turned up, and said part of the problem was that “the victim is dead and unable to help prove harassment or other charges that might have been filed.”

“I would like to have seen something we could have done from a prosecution standpoint,” Askey told reporters. “The fact that it can’t be prosecuted shouldn’t be the measuring stick here. I think people know that it’s inappropriate, know that it’s unacceptable. … I think a message has been sent.”

Jamey’s father: “We’re not satisfied, but we somewhat expected this outcome. That’s why we’ve taken on a mission trying to get laws passed that will make people accountable.” Askey confirmed that the bullies “know who they are” and know that their behavior is “completely unacceptable in the eyes of this community.”

Jamey lived just outside of Buffalo, where activists have begun gathering to take a stand against bullying. The local NBC affiliate assembled a panel to discuss the issue, including “people from all sorts of different groups that have exposure to bullies; from students, to parents, to teachers, counselors, administrators, and even the legal world.” You can see the videos from that panel on their website, which also contains links to heaps of stories about Jamey, cyberbullying, and anti-gay bullying. On October 25th, Jamey’s school held a Parent Forum on teen depression and suicide awareness.

It’s difficult to quantify what kind of impact community acceptance might make. After Jamey’s death, his bullies continued bullying him on his facebook page. Historically, teenagers have a pretty consistent record of categorically NOT doing what parents and teachers tell them to do.

Some are pushing for the introduction of “Jamey’s Law” and encourage you to sign the petition here to make bullying a criminal offense. But is legislation really the answer? I’ve always thought so. It couldn’t hurt, after all. It would send a message.

But lately I’ve been questioning that idea. Is this where we need to put our time and energy, or is it just a band-aid to make everyone FEEL like things are getting better? Is this is being handled how everything is handled in America — make it illegal, hold an assembly, and then if something goes wrong somebody can sue somebody? I’m especially concerned the crime of “bullying,” with its relatively abstract definition, could become yet another area of school discipline in which racial bias will lead to some kids “getting away with it” while others are excessively and enthusiastically prosecuted.

Although educators and administrators absolutely need extensive training and awareness programs about LGBTQI students and gay bullying in particular, many studies have shown these initiatives to be largely ineffective where kids are concerned. Most schools already have some kind of anti-bullying policy. I agree that discrimination against people based on sexual orientation or gender identity needs to be a part of every single one of those policies.

But federal bullying laws tend to address personal/political characteristics of the situation rather than specific behavior — and laws already exist to cover many of the bullying behaviors, such as harassment, sexual assault, physical assault, stalking, extortion, intimidation and sexual harassment.

I guess what’s frustrating to me — and I say this as a person who has been reading stories about gay kids getting bullied almost every day for two years — is that this is one area in which progress is stagnated. Rates of bullying haven’t gone down even as gay people have made progress in other areas. Teenagers are a difficult bunch, and it doesn’t help that the US Education system is a colossal disaster.

Furthermore, there are actual ways that are almost guaranteed to make things better for gay kids, but a lot of them are going to take a lot more time and energy to put into practice and it’s going to require more than just the legislature to get involved. These things aren’t just about criminalizing bullies but making persecuted students feel better about themselves. Sebastian spoke about this at length during Spirit Week — “How can students feel safe – or even BE safe – at school when parts of their identities are ignored and even denied 8 hours a day, for 13-14 years?” 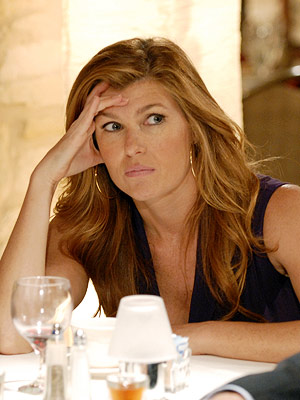 Lasting change, I think, would be proactive rather than punitive. It would involve recognizing LGBTQI people in the curriculum, in the manner of California’s FAIR act. It involves more GSAs, which have been historically proven to improve the social environment for students. It involves stopping the censorship of gay materials in libraries and online. It involves making prom and homecoming open to same-sex couples. It involves fostering environments where teachers feel comfortable being “out.”

There are bigger things, too, systemic issues that damage more than just LGBTQ students. These issues will only get worse as government makes more education cuts rather than raising taxes on the 1% — cuts which always disproportionately affect the students in the most need of help. Teachers need smaller class sizes so that they can develop stronger relationships with their students. Schools need more funding for the arts — in many schools, Drama Club was always an unofficial GSA. We need to do everything we can to ensure our good teachers aren’t so exhausted and bitter by the end of the day that they’re just out of fucks to give. We need more counselors — people these kids can go to for support, especially if they don’t have any at home.