Time and time again, transmisogynists and transphobes go back to that old excuse that they are just standing up for the reality of “biological sex” when they spew their ignorance and hate. They say that no matter what a trans woman does, no matter what she believes, she’s still actually a man. Others cede the fact that trans women are women, but stop there and say “gender is what’s between your ears, sex is what’s between your legs” and therefore trans women are still males. Although this is a popular idea, it is based on a misunderstanding of biology, social constructs and anatomy, and it needs to stop. 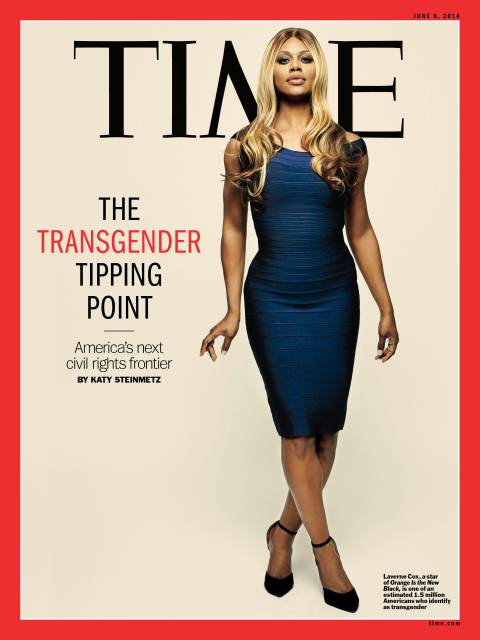 A lot of this misuse of the idea of “biological sex” has, unfortunately, been centered around discussions of activist and Orange is the New Black actress Laverne Cox. Cox recently became the first out trans person (Chelsea Manning was on the cover before she came out) to be on the cover of Time Magazine. However, inside the magazine, Time said that an easy way to gain some understanding of trans people is to realize that gender and sex are two different things. They say that “sex is biological, determined by a baby’s birth anatomy” and then go on to call trans women “biological males” and trans men “biological females.”

They are trying to good allies, explaining what many see as a complicated issue, but what they are really doing is using a simplistic and outdated understanding of biology to perpetuate some very dangerous ideas about trans women. This type of dialogue allows people to think that they are doing trans people a service, when really they are just continuing to see them as something other than “real women.”

Another article about Cox came out at about the same time. This one, however, was very upfront about using what its author thinks is a good understanding of biology to claim that trans women are not even women at all. Written by Kevin D. Williamson for the National Review and later republished by the Chicago Sun-Times (who then removed it and issued an apology), this article is called “Laverne Cox is Not a Woman” and aggressively uses Williamson’s complete misunderstanding of “biological sex” (and yes, I’m using scare quotes on purpose) to misgender not only Cox, but all other trans people. He says that we need to pay attention to the “biological reality” of sex instead of the delusional world that trans people are living in.

In the article, Williamson says that (get ready for some extreme ignorance and hate here) we are experiencing a new transgender phenomenon, one where we have lost grip on reality. He says that we have an “obsession with policing language (that is based) on the theory that language mystically shapes reality…” However, just because we say trans women are women, that, according to him, doesn’t change the fact that they are men.

He instead calls Cox “an effigy of a woman,” based on his belief that sex is a biological reality and “is not subordinate to subjective impressions…” He adds that “No hormone injection or surgical mutilation is sufficient to change that.” He seems to believe that sex as we describe it is a thing that just exists, that a clear, inarguable and binary definition for sex just springs forth from nature. Unfortunately, Williamson isn’t alone in this type of rhetoric. There’s actually a wide group of people, some “allies,” some lawmakers and some just outright bigots who all rally behind the idea of using the social construct of “biological sex” to misgender trans women.

The thing people like Williamson want to cling to the most is the idea that sex is an immutable, universal biological reality that is therefore easy to categorize. Although many are willing to call trans women women (or specifically “trans women” or “transwomen” or even “male women”), they say that that is just their gender. They argue that gender is cultural and that sex is an unchanging biological fact, and that therefore their sex is still male. This is used to support “Womyn born Womyn” spaces, create fear around so-called “bathroom bills,” disallow trans women from competing in women’s sports and even defend violence against trans women.

This is a nice attempt, but it’s really not this simple guys (which is something the creator of the graphic understands). via itspronouncedmetrosexual.com

Since “biological sex” is actually a social construct, those who say that it is not often have to argue about what it entails. Some say it’s based on chromosomes (of which there are many non-XX/XY combinations, as well as diversity among people with XY chromosomes), others say it’s genitals or gonads (either at birth or at the moment you’re talking about), others say it’s hormone levels (which vary widely and can be manipulated), still others say it’s secondary sex characteristics like the appearance of breasts, body hair and muscle mass (which vary even more). Some say that it’s a combination of all of them. Now, this creates a huge problem, as sex organs, secondary sex characteristics and hormone levels aren’t anywhere close to being universal to all men or women, males or females.

Those who claim that sex is determined by chromosomes must not realize that sex is assigned at birth not by chromosomes, not even by gonads, but by genitals. In fact, the vast majority of us never learn what our sex chromosomes are. Sex isn’t something we’re actually born with, it’s something that doctors or our parents assign us at birth. So if sex is determined by genitals, they must be clearly binary and unchangable, right? Wrong. Genitals can be ambiguous at birth and many trans people get gender confirmation surgery to change them. Neither chromosomes nor genitals are binary in the way that “biological sex” defenders claim they are, and the vast majority of measures by which we judge sex are very much changable. 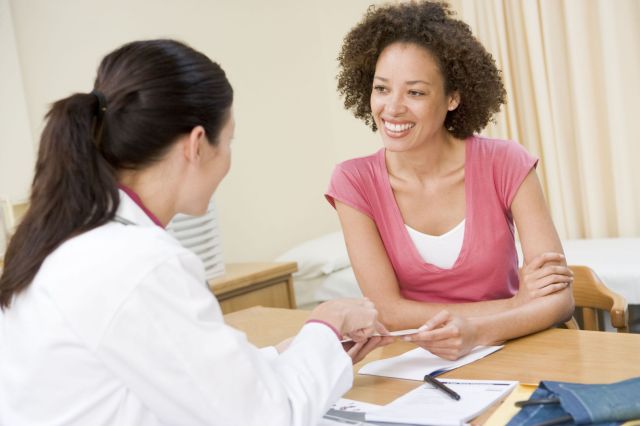 “Hey, sorry about that whole ‘assigning sex at birth thing.'” “No problem! I know that it has no real effect on who I am as a person today!” via intimatehealthhelp.net

It’s pretty bizarre that we place so much importance on an assumption that doctors make when we’re born. A doctor took one look at me the moment I was born and that’s supposed to determine what bathroom I use, what sports I play or really anything else about my current life? We don’t hold adults to those standards in other aspects of their lives, so why do we with this one?

While it is true that gender and sex are different things, and that gender is indeed a social construct, sex isn’t the Ultimate Biological Reality that transphobes make it out to be. There’s nothing intrinsically male about XY chromosomes, testosterone, body hair, muscle mass or penises. If an alien civilization found earth, they wouldn’t look at a person with a penis and say “Oh, that must be a male, sex based on genitalia is the One Universal Constant.” Sex, like gender, is indeed socially constructed and can be changed.

If sex isn’t the All Mighty Binary Universal Constant that some people think it is, why do they place so much importance on it? The easy answer is that it gives them an excuse to misgender and exclude trans people, and specifically trans women. They can pretend they’re just standing up for science, but they’re really just saying that trans women aren’t fully women and that trans men aren’t fully men. People need to start learning about what sex really is and what social constructs really are. People need to stop misusing biology and spreading ignorance and misunderstanding. People need to stop looking for excuses for their anti-trans bigotry. All of this needs to stop and it needs to stop now.