It’s no secret that the gaming community isn’t the most friendly place for women and queers. If you ever play online or with other people, you’re more likely to hear misogynistic and anti-gay slurs or rape jokes than a simple hello. Often when a gamer finds out that there is a woman playing, he often demands that she show her boobs and then continues to demean her and insult her the entire time they are playing together. Video game shops and conventions can be just as bad, where women are often treated as outsiders or sexual objects to be leered at. It seems like whenever a woman expresses her opinions on video games or gaming culture, she is lambasted with insults and threats. Men seem to think that the gaming world belongs only to them. However, as more and more women are playing, designing and reviewing video games people are finally seeing how ridiculous and outdated the gaming community sounds when it tries to keep them out.

This past summer at E3, one of the biggest gaming conventions in America, all of the big companies announced the games that they were releasing in the coming year. When Xbox One announced their games, Feminist Frequency blogger Anita Sarkeesian noted that not a single one featured a female lead. This led to a litany of angry and sexist tweets directed at her. Gamers repeatedly called her misogynistic slurs, told her that video games are made for men and asked her questions like, “What did you expect? Cooking and cleaning games?” Another Twitter user sent her the message, “Relax… it’ll all be over soon,” a reference to a rape joke that had been made earlier at E3. 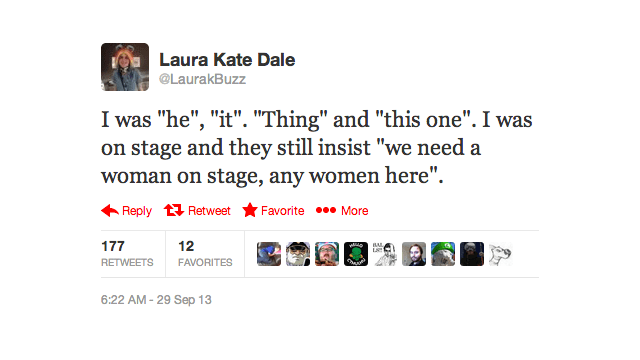 This pattern of misogyny and anti-queerness reared its ugly head again last week at a the Eurogamer Expo in London when the comedian that had been hired to entertain the attendees at the Xbox One launch (seriously Xbox One, what’s your deal?) started to “joke around” by misgendering and humiliating a trans* woman who was there on stage. Laura Kate Dale, a contributor to the video game website Destructiod, was on stage with comedian Fraser Millward when he started calling Dale “he,” it” and “thing” and insinuated that Dale wasn’t a woman when he asked, “We need a woman on stage. Any women here?” Sadly, this isn’t the only instance of transmisogyny in gaming culture that happened recently. 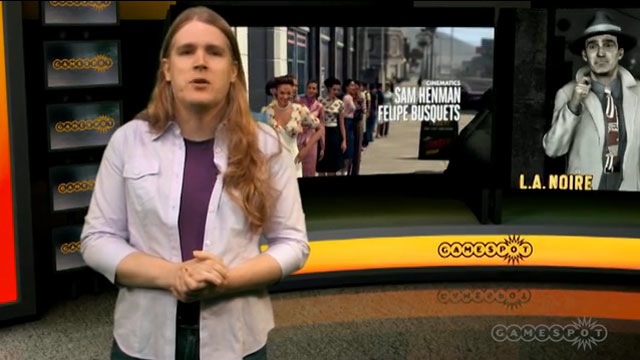 Gamestop reviewer Carolyn Petit’s review of the game Grand Theft Auto V was glowing. She gave it a 9/10. She said it was “beautiful,” “innovative” and said that it “does amazing things no other open-world game has attempted before.” But because she had the gall to call a game that involves having sex with prostitutes right before you murder them and a voice on the radio that talks about using a woman as a urinal misogynistic, the gamer community hated her. The comments on her review were disgusting, saying that she needs to get over it, shut up or worst of all, kill herself. There was even a petition started that aimed to get her fired. Also, due to the fact that Petit is a transgender woman, she also had to face a barrage of angry gamers misgendering her and insulting her for being trans*. While the petition has thankfully been taken down, the comments on her review are still there, showing how much gamers hate her and think that she has no business talking about video games because she is a woman. 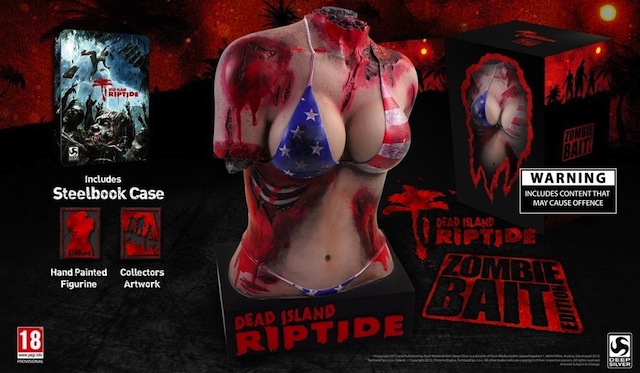 It’s not just the people who play games who act this way, though. Game developers can be just as bad. After the game Dead Island courted controversy by giving one of it’s female characters a special power-up called “feminist whore” in development and coding, the sequel to the game, Dead Island Riptide, dug itself an even deeper hole by releasing a special version of the game that they called the “Zombie Bait Edition.” This version of the game came packaged with a bust of a dismembered bikini-clad woman. Because the best way to win back the favor of a group that you’ve offended is to give them a statue of a bloody torso representing a sexualized version them. Here is a perfect example of objectification. Not only are we focusing on the body and barely-covered breasts of a woman, but that is literally all she is. She has no arms or legs, so she can’t go anywhere or do anything and she has no head so she can’t talk or make her own decisions.

All of this stems from the incredibly misguided idea that video games belong solely to men, which in turn fits into the larger “fake geek girls” phenomenon. This is where men think that geeky or nerdy stuff is only for them and that any women who show interest in video games, comics or science fiction must be doing it so that they can get closer to or go on dates with these “real” male geeks. The fake geek girls have such a hard time fighting off the animal magnetism of the “real” geeks that they just have to invade their comic book shops, conventions and online games. This must be because, as we all know, nothing attracts women like telling us to “go back to the kitchen,” calling us misogynistic slurs and accusing us of lying about the things we like.

Not everything segment of the gaming community is full of misogyny and queer hate, though. When game maker BioWare received a complaint that their game Dragon Age 2 had too much focus on women and queer characters and not enough on “straight male gamers,” they responded by saying:

The romances in the game are not for “the straight male gamer”. They’re for everyone. We have a lot of fans, many of whom are neither straight nor male, and they deserve no less attention… The majority has no inherent “right” to get more options than anyone else…
And if there is any doubt why such an opinion might be met with hostility, it has to do with privilege. You can write it off as “political correctness” if you wish, but the truth is that privilege always lies with the majority. They’re so used to being catered to that they see the lack of catering as an imbalance. They don’t see anything wrong with having things set up to suit them, what’s everyone’s fuss all about? That’s the way it should be, any everyone else should be used to not getting what they want.

That’s not the only reason for hope though. A whopping 45% of gamers are women, so while the stereotypical gamer may behave the reputation of a misogynistic anti-queer manchild, the majority of people who play video games don’t really fit that description. As is often the case, the most annoying and offensive segment of the population is also the most vocal. Women are making other strides in the gaming world as well. The current executive in charge of Xbox hardware development is a woman, Julie Larson-Green and popular games like Uncharted and Tomb Raider are being written and directed by women. So despite how much the commenters and online players may wish that gaming was a world solely for men, all the evidence points to quite the opposite.