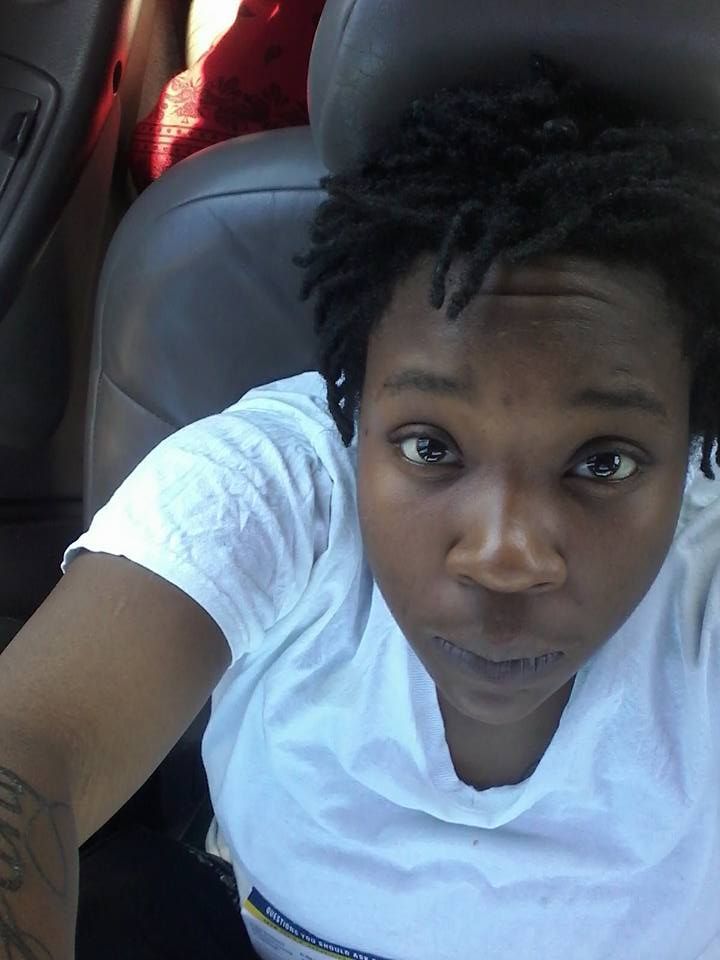 + Norfolk, VA police officers killed India Beaty, a queer woman, in a parking lot because she was holding a non-firing replica handgun. The officers were monitoring the area for an unrelated investigation when they say they saw 25-year-old India Beaty pull a gun on an unarmed man during an argument. The officers say they confronted her and she refused to drop the weapon and made a “threatening motion with the handgun.” They shot and killed her on the scene. Beaty was an aspiring rapper and was engaged to her girlfriend and considered her girlfriend’s kids to be her own. The two police officers are restricted to administrative duty while an investigation is in progress.

+ Two explosions went off at Zaventem airport in Brussels, Belgium early Tuesday morning, killing 11 people. An hour later, another explosion hit Maelbeek metro station near the EU’s headquarters leaving 20 more people dead. The Islamic State say they were behind the attacks. BBC News reports, “The bombings come four days after Salah Abdeslam, the main fugitive in the Paris attacks, was seized in Brussels.” Check their website for more live coverage and updates on the situation.

+ Colorado is one step closer to outlawing “conversion therapy” thanks to these gay state reps.

+ North Carolina House Speaker Tim Moore hopes to call a special legislative session to repeal parts of Charlotte’s nondiscrimination ordinance. The Charlotte City Council voted to expand nondiscrimination rights for LGBT citizens which is slated to start April 1, a few weeks before North Carolina’s legislative session begins. Moore doesn’t want to allow trans people to use the correct bathroom and locker facilities and thinks it will cause sexual assaults.

+ Australia’s government revisited the protocol for the Safe Schools Coalition, a program aimed at supporting LGBT students. On Friday, education minister Simon Birmingham announced changes to the program that include changing lesson plans and restricting certain resources to one-on-one sessions between student and staff. There will also be significant changes surrounding parent permission. Schools must now seek approval from parenting groups before a Safe Schools program can be implemented in the school and permission slips will be sent out to parents for an option for their kid to sit out the program.

+ A lesbian couple from Berkshire lost their court appeal to allow them to sleep together in prison while serving their 18-month sentence for child abuse. Michelle and Stephanie Hopkins said they felt “degraded and humiliated” about the decision but Judge Sir Stephen Silber said the “no sex” rule was “sensible and realistic.” 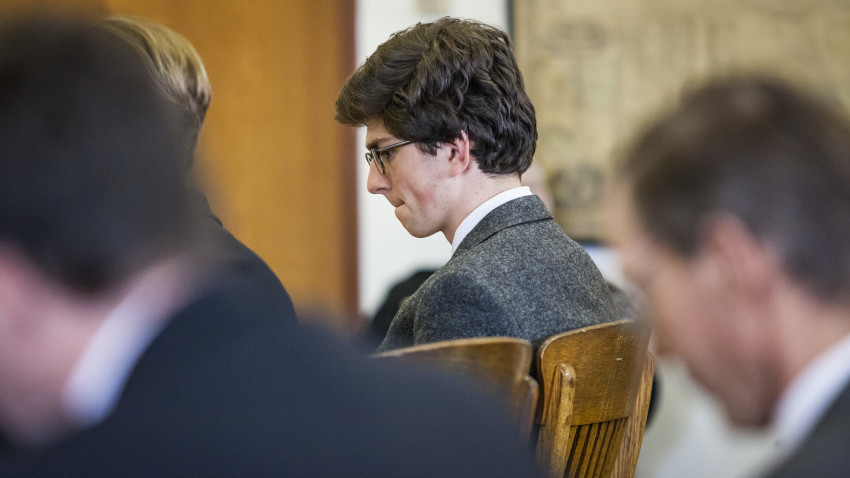 + Owen Labrie, who was convicted of sexually assaulting a girl at his prep school when he was a senior, will spend a year in jail for violating his parole. In February, journalist Susan Zalkind spotted Labrie on a train headed to Boston, where he told her he was on his way to meet his girlfriend. She tweeted about their encounter which led to a curfew investigation. Officials interviewed bus drives, ticket saleswomen, and looked at surveillance video and found that Labrie was violating his 5 p.m. curfew. His defense teams says he was meeting with attorneys and professors for a thesis project and not meeting his girlfriend during these times. However, Judge Larry Smukler ruled it didn’t matter what Labrie was doing, the point was he violated his curfew several times.

+ A trans woman lost her court battle over discrimination at a blood bank. The jurors acknowledges the blood bank turned away Lisa Scott because she’s trans but they agreed the blood bank had reason to turn her away.

+ In a new 23-minute YouTube video circulating among anti-trans organizations, a woman narrator describes trans women as male predators and tries to paint every trans woman as a criminal with malicious intent. The video describes sexual assaults and murders committed by men and some transgender women who came out later in life to try to make a case in favor of so-called “bathroom bills” that keep trans people from accessing the correct facilities. This was the same rhetoric used against Houston’s Equal Rights Ordinance, and which ultimately kept it from being passed by voters. It’s unclear who created the video.

+ A woman in Australia complained about a lesbian kiss in a Kellogg’s Special K commercial, alleging that it has scarred her 7-year-old son for life. Mind you, the lesbian kiss she’s talking about lasts about one second in a commercial about confident women. Advertising Standards Board Australia dismissed the complaint saying: “Consistent with previous determinations against similar complaints concerning men kissing and of women kissing (…), the Board considered that in this instance a brief depiction of a woman kissing a woman was not sexualised and in the context of depictions of confident women and loving relationships this scene was not gratuitous or inappropriate.”

+ John LaTour, a city council member in Fayetteville, Arkansas, demanded to know the gender of a server at a local restaurant to make sure she wasn’t trans. He also said he could prove that he’s a man by showing her his genitals, threatening to do so in the public restaurant. The incident was reported by Gavin Smith, a friend of the employee at the restaurant, on Facebook. The Arkansas Democrat-Gazette confirmed LaTour asked the server for her gender because he wanted to dance with her and wanted to make sure she wasn’t “a man.” “You can declare you’re a man or you’re a woman, whatever you want to,” LaTour said. “I’m not going to ask a man to dance with me.” More than 2,500 have signed a petition asking him to resign, although he’s said he won’t.

+ The FBI opened a hate crime investigation after a man poured boiling water on a sleeping gay couple. Martin Blackwell, the boyfriend of the mother of one of the victims, was charged with two counts of aggravated battery.

+ About 70 participants gathered for an LGBT festival at a hotel in Lviv, Ukraine but had to evacuate the premises when 200 anti-gay protestors showed up shouting “kill, kill, kill” and threatened to bomb the place. It took police an hour to get to the scene. Nobody was arrested.

+ The Bronx Trans Collective is a new transgender drop-in center near Yankee Stadium. It will help trans people “get surgeries, hormone treatments, mental health counseling and assistance with legal name changes and job searches, among other services. It will also host regular support groups, youth counseling, meditation and yoga classes and cookouts on its back terrace.” The center was opened as a result of a partnership between Councilman Ritchie Torres and six community organizations that saw a need for resources for trans people of color in poor neighborhoods.

+ Colorado and Washington were the first states to legalize marijuana in 2012, and have seen a decrease in drug arrests in the last few years. Between 2008 and 2014, marijuana arrests decreased by 60 percent in Colorado and 90 percent in Washington. However, according to a study of FBI Uniform Crime Reports, black people were twice as likely to be arrested in both those states. 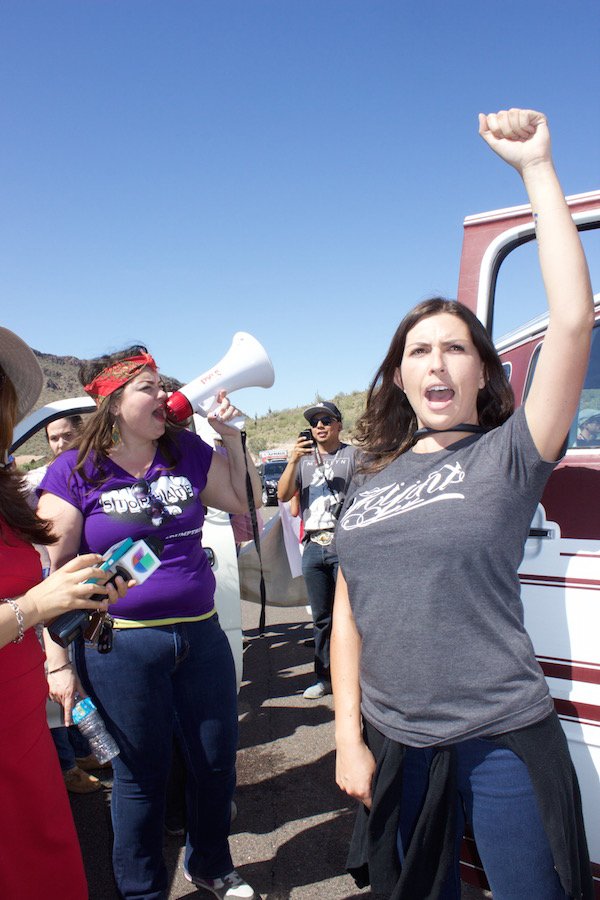 + Activists in Phoenix shut down a major highway that led to a Trump rally on Saturday. Three activists were arrested, two were released while one Latina was placed at an ICE detainer. Jacinta Gonzalez, who chained herself to a truck with a bike U-lock, is a US citizen but was detained solely based on her last name.

+ 17-year-old Marcela Owens, known as the “Obamacare kid,” came out as trans and is now living with her accepting grandmother. After her mother passed away in 2007, Owens became an advocate of the Affordable Care Act and stood by President Obama while he signed it into law at a White House Ceremony.

+ A new study finds that gay and lesbian Canadians report mood and anxiety disorders two times more often than straight Canadians, while bisexual Canadians report these disorders four times more than straight Canadians. The study also found LGB participants were more likely to turn to heavy drinking than other participants. The study’s research suggests LGB people experience chronic stress related to prejudice and stigma. Data was collected from more than 220,000 Canadians who participated in the Canadian Community Health Survey between 2007 and 2012.

+ A high school head coach from Philadelphia has resigned after a freshman was sexually assaulted in a locker room by senior varsity football players on “No Gay Thursday.”

+ Alex Cooper, a young gay woman, wrote a memoir of what it’s like to live in a gay conversion house in Utah. In Saving Alex, she writes about the physical and verbal abuse she endured while forcibly living with a couple.

+ The World Psychiatric Association, the largest international organization for psychiatrists, will issue a statement on their opposition of “conversion therapy” or “reparative therapy.”