It’s the last Friday of 2019 and we, here at Autostraddle, have a very important question for you: Do you save all your text messages?

A follow-up: If you don’t save all your text messages, how do you save your receipts?

Also: If you don’t care about saving texts and/or receipts, how on earth do you settle any dyke drama that may enter your life?

And: Are you a minimalist or a maximalist when it comes to your contacts?

Okay listen I have more questions but I’m gonna let this conversation speak for itself. We got into all this and more in Slack recently – please enjoy this absolutely ridiculous group check-in about our phone-related behavior and then hop into the comments and tell us who you relate to most in this exchange.

Shelli Nicole: Y’all — did you know you can finally search through text messages in iMessages

Shelli Nicole: YES!
Just swipe down in the messages and type a word and any convo it’s come up in appears!
TIME TO UNLOCK NEW LEVELS OF PETTY AND HAVE COPIOUS RECEIPTS! No more screenshotting!

Drew Gregory: I AM THRILLED
I wonder how far back it goes…

valerie: welcome to my world of PULLING RECEIPTS. signed, an android user.
i’m happy for y’all

Shelli Nicole: If only this were around during mybig break-up

Christina Tucker: Wait…hasn’t this always been a thing??

Shelli Nicole: I don’t think so? I’ve tried in the past but I could also be terribly mistaken

Drew Gregory: There’s always been a search function but it barely worked and now it seems to actually work

Shelli Nicole: Well now that it does I’m ready to win all future arguments

Drew Gregory: The biggest change is it shows you multiple searches for the same person! It used to only show the most recent one and would drive me crazy

Shelli Nicole: “— and right here is when you said you would in fact, not, be on that bullshit — but here we are” 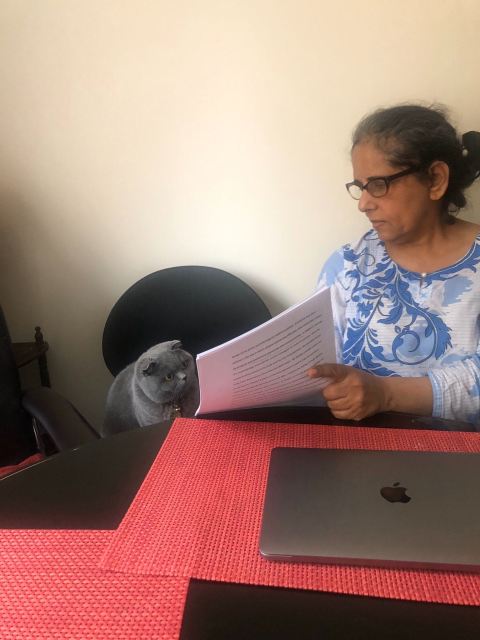 Christina Tucker: YES that was THE WORST
As a person who used to send MANUAL read receipts when I had an android, I live for this kind of pettiness at my fingertips

Drew Gregory: I’m terrified of someone looking through my photos not because I care about nudes but because of all the convos I’ve screenshotted

valerie: do iphones not automatically put screenshots in a separate folder??

Shelli Nicole: Yes titled “when I was right”

vanessa: Valerie they do now but they still get mixed in sometimes
This is hilarious and Drew I agree
I will say it kills me every time there’s an iPhone update and I can TELL the update was created to help us be more petty
Like user feedback was clearly “HELP ME BE A PETTY BITCH”
I’m user
Anyhow when they came up with the ability to screenshot and send it and then delete it immediately without even saving to your film roll I was like “oh I am Seen”

carolyn: *whispers* does anyone else just… delete their texts

Shelli Nicole: Every day for some reason! I only keep the text of my group chat of besties, my mama, myself and of whomever I’ve been hanging out with/sleeping with that I talk to lots
I also only have 15 contacts saved in my phone by first initial only!
Idk I’m a double Taurus who loves a good minimal moment

vanessa: Shelli how are you keeping all these receipts with only 15 contacts?!?!?!?
I want Shelli and Carolyn to write how-to’s on having minimalist phones

Drew Gregory: This is blowing my mind. As someone who has never deleted a text thread. And has photos on my phone going back to my first iPhone aka 2015.
And I have so many contacts who I have no idea who they are.

Shelli Nicole: I save them in an album on my phone and title them of the person lol

carolyn: I had text threads back to 2015 and then I turned someone them into zines, and THEN I got divorced, and now I delete every conversation that isn’t in progress or has remaining action items. If someone says something especially fucked up and I want to remember, I screenshot it and then back that up to not-my-phone and still delete it from my phone. Same with someone who says something sweet/great/important to remember but that I keep on the device for longer

Christina Tucker: I have NEVER IN MY LIFE DELETED A TEXT THREAD
I need the archives!!!!

Abeni: i recently got a new phone and felt like organizing my contacts. i had hundreds and hundreds in there, every single contact going back like 10 years! i had dozens in there that just said “first name OKC” or “first name Tinder.” dozens that i had no idea who they were. students i hadn’t taught in 10 years.
anyway i cleaned it out! but i couldn’t never go as far as y’all damn. i’ve never deleted a text! and i have never found a need to keep receipts. I don’t think I’ve ever screenshotted a text convo except with that person’s permission bc what we said to each other was funny?

Drew Gregory: I NEED to start adding Tinder after the names of people from Tinder
I’m so naive and am always like well it’s just a matter of time until I learn their last name and then shocker we stop texting and now my contacts are filled with random first names I don’t know

rachel: I still have the contact saved for Roman, the truly awful Ukrainian real estate agent who found my friends and I an apartment with a slumlord in 2010
I almost call him by accident maybe once a month

Drew Gregory: I accidentally called this random person I worked on set with four years prior and then panicked and blocked her number. And then ran into her at a party literally that night and she was like “…hi? Nice to see you again. Did you call me this morning??”

Abeni: I have a thing where I have to put in a last name for every contact. I do the awkward thing of asking for someone’s last name when I meet them just to have it in there, and I often get a like, “why do you need to know this? so you can stalk me on facebook?” but I’m not even on facebook! I just like my contacts to be neat

carolyn: thank you! i’m bad at remembering when someone is new but good at setting things up so i don’t have to

valerie: Yeah I usually put some kind of clue as their last name in my phone. I don’t usually delete anything (emails get archived, files get put into an “archive” folder) because I’m a digital hoarder but I recently was so frustrated with People as a concept I ended up deleting 90% of my text threads. BUT I still have my screenshot folder of both receipts that need keeping and extra sweet things people say. 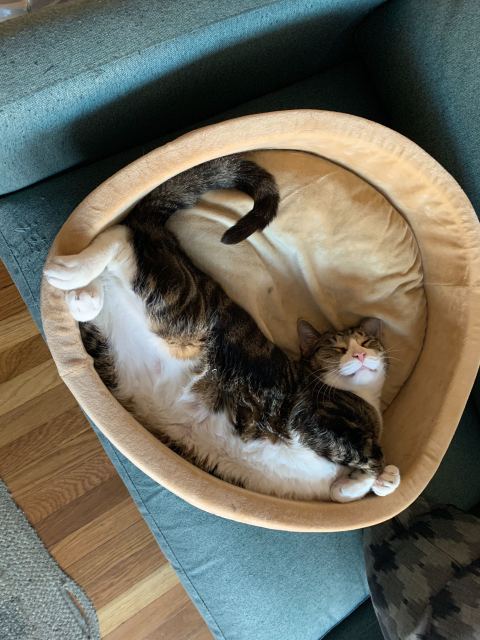 vanessa: this has been the funniest truest thread we’ve ever had, i think?

riese: i also never delete texts!
also this conversation made me laugh out loud 45 times

vanessa: it truly is a capsule of each of us
FWIW i have accidentally flashed strangers and MY MOTHER nudes in the past week because i can’t be bothered to hide anything properly or delete anything ever
my nudes, to be clear
not sure if that is more or less horrifying
i’m careful with other peoples nudes!!! YOU CAN TRUST ME WITH YOUR NUDES. just not my own i suppose.

Sally: Heather, I hate to break your logic, but it would take several hundred pages of pure text to take up as much space as one cat picture

Shelli Nicole: I store my nudes in a separate calculator app for future use

vanessa: shelli you are a goddamn genius and i want ALL your iphone storage tips
“a separate calculator app” WHAT??
i store all my nudes of myself in…my camera roll
where my mother can accidentally swipe on them while looking at bridesmaid dress options
i store everyone ELSE’S nudes in a secret hidden folder or i just don’t download them and leave them in our text chats
which is part of why i would never delete a text thread!

Shelli Nicole: I’m ready and waiting for someone to leak some nudes I sent because the only thing my iOS press release will say is “you’re welcome”

Abeni: heather, i was gonna say what sally’s saying. texts take up no space. i also pay however many $ a month for icloud photo storage. i have never had to worry about space on my phone and can always get the cheapest model with no storage space bc i’ve never once used up storage on my phone
i don’t take or receive enough nudes to have a protocol BUT i found out recently in ios you can long press on a photo in your camera roll and it allows you to put them in a “hidden” folder!!! i don’t remember how to go back and find them later lol but it’s great for when you’re showing someone a pic and they’re a nosy-ass swiper.
speaking of, we all agree that the correct way to act is when someone shows you a pic on their phone you don’t swipe around AT ALL right??? though i’ve also heard if you know someone’s a swiper you can zoom in a tiny bit before showing them because then they can’t swipe around

valerie: i barely want to hold someones phone when they’re showing me photos. even when they tell me i can swipe around for more i look to them with nervous eyes for further confirmation before each swipe.

AMEN. Happy Friday, cuties. Tell us about your phone habits and organization in the comments, and have a lovely last few days of the year!