George Floyd was murdered on May 25, 2020, and we stand in unequivocal support of the protests and uprisings that have swept the US since that day, and against the unconscionable violence of the police and US state. We can’t continue with business as usual. We will be celebrating Pride as an uprising. This month, Autostraddle is focusing on content related to this struggle, the fight against white supremacy and the fight for Black lives and Black futures. Instead, we’re publishing and re-highlighting work by and for Black queer and trans folks speaking to their experiences living under white supremacy and the carceral state, and work calling white people to material action.

Author’s Note (06/19/20): Since writing this story three years ago, I’ve acquired more reverence for my family’s Southern Black Baptist traditions—because at least they’re ours. We’ve retained them despite oppression and white supremacy. They’ve sustained us thus far. The Black Church is an undeniable part of my culture. So, nowadays, I’m most interested in syncretizing elements from the Black Church and my witchy spirituality. I’m not returning to Christianity, but rather borrowing aspects of my family’s religious practices that feel good and right to me. Still, my steps to writing a spell against white supremacy apply, especially in these tumultuous times. I hope you glean something from them.

Magic is rarely portrayed as a wholly positive thing. Even the lovable witches in my childhood favorite Hocus Pocus sucked the life out of kids to preserve their youthful looks. Witches, from Tituba of the Salem witch trials to the Wicked Witch of the West, are generally maligned as evil women who need to be destroyed or controlled.

Although magic’s viewed as the immoral sister of religion, both have rich histories in historically oppressed communities. We turn to them for healing and miracles, but there are some key differences between the two. Most religions require worship of a patriarchal figure who punishes you for doing wrong, while magic allows us to harness our power within. Religion, prayer specifically, has been offered as a solution to Donald Trump’s nightmare presidency and white supremacist terrorism, but what if we looked to the power of magic instead?

I define magic as creating desired change by performing rituals for those who guide and protect you, whether they be ancestors, goddesses or a natural wonder. 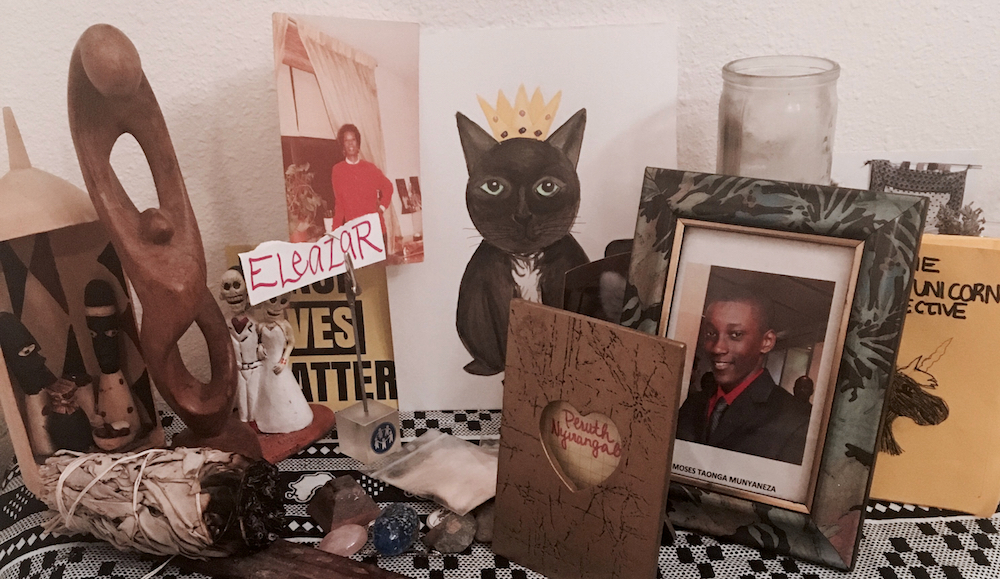 Magic is easier for me to digest than the Southern Black Baptist tradition that raised me. This tradition taught me to depend on cisgender heterosexual men to guide my spirituality. It taught me to be ashamed of things that I find pleasurable. When I think about the Black Church, I can’t help but think of white slave masters pacifying “savage” enslaved Black folks with the lessons of Christianity. I often feel nostalgic about the Black Church, and I honor its participation in social justice movements. However, I don’t feel welcome there anymore as a genderqueer feminist since most Black churches adhere to gender roles that disempower women and LGBTQ+ people.

Alternatively, the word “magic” fills my head with images of enslaved Black people preserving their ancestral deities in the Americas by practicing Voodoo and Santería. Magic is an ancestral practice that transcends time and oceans. To me, magic means resilience and connecting to ancestors who survived the tragedy of the Middle Passage. Magic runs through my veins and feels like my birthright. It’s stronger than white supremacy will ever be.

White supremacy forces us to draw our strength from anti-Blackness, heterosexism and patriarchy. I use magic in my everyday life to combat individual and systemic oppression. Being a writer, it’s no surprise my favorite magical practice is writing spells. I write spells to manifest positive things in my own life and the lives of my beloveds. I write spells for the healing and liberation of my communities. The first thing I do when writing a spell is find out what’s happening in the sky. Sometimes the planets are aligned just right to cast an effective spell. Major celestial events such as lunar eclipses amplify the potency of our magic.

Then, I decide who to direct my spell towards. I choose the ancestors or spirit guides who have the power to give me what I need. I’m always adding new names to this roster. Lately, I’ve been learning about Obatala, a West African orisha (saint) who is said to have created humans. I feel a kinship with this androgynous orisha who completely disregards gender and protects disabled people. I see myself in Obatala’s image, and I feel held by them as someone living with disabilities. I hope to incorporate Obatala into more of my spells in the future.

Someone else I honor during spells is Nyabingi, a Rwandese/Ugandan woman warrior who fought fiercely against European colonizers in the early 1900s. My Rwandese partner introduced me to Nyabingi, who’s now a possibility model for the both of us. 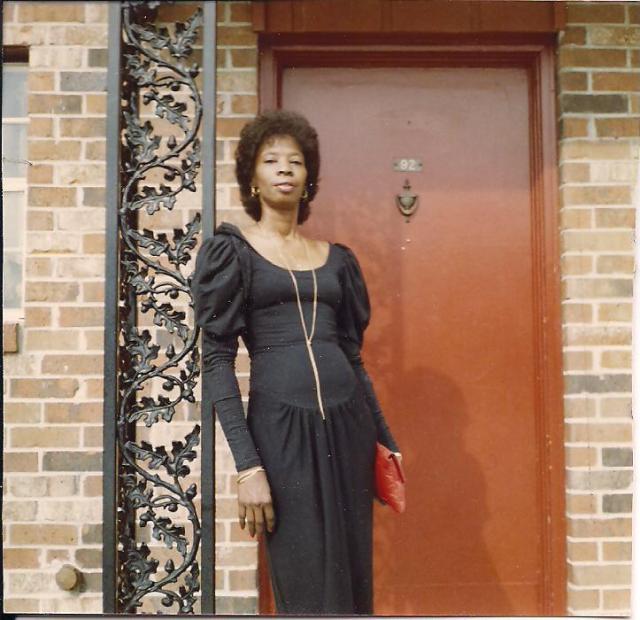 My grandmother, an OG witch.

When performing spells together, my partner and I also invoke our late grandmothers. My maternal grandmother Carolyn was a devout Christian, but how she lived her life was magic. Grandma was a compassionate lady whose many gifts were stifled by Jim Crow and patriarchy. She accepted everyone for who they were, grew thriving plants despite living in a small apartment and whipped up soul food that tasted like love feels. Wherever she is, my grandma is shaking her head at Trump. I see her face every time I stand at my personal altar, adorned with photos (including hers), trinkets from friends and family and art made by queer and trans people of color. This is where I cast my spells.

While casting spells, I channel the strength that allowed my grandma to survive during an era when Black women were disenfranchised at every turn. The words in my spells are less important than the intention behind them. My spells are straightforward, stating exactly what I want to manifest and calling on the power of spirit to make it happen. Spell-writing is my time for reflection, meditation and gratitude. I cherish my ritual of casting spells at my altar alone, with my partner and other loved ones. I’m hungry for more opportunities to do magic in community.

What would it look like for Black, Brown, trans and queer folks to include magic in our resistance against white supremacy? I’m hoping that we can begin reclaiming magic and redefining it for ourselves.