In my mind, there’s a clear image of when I started biting my nails: I’m young, maybe 9 or 10, seated on top of a staircase while a gathering of some sort goes on without me in the living room below. I notice my nails are long enough to get me into trouble at school but my mother guards access to the clippers. Too nervous to ask for help, I nibble a little. Then I bite harder and I get into it, and I don’t stop. It all goes downhill from there.

Now all of this is bullshit. I’ve never lived in a house with stairs in them, and my mother would not appreciate the characterisation of her as a careless caregiver. (She was the exact opposite.) I may have picked up the habit somewhere around that age, but at 23 I can longer explain it away as the product of a child’s weak will and bizarre rationality. Still, this persistent image of myself as an anxious, isolated child probably speaks volumes about how deeply rooted nail biting is as a habit in my life. 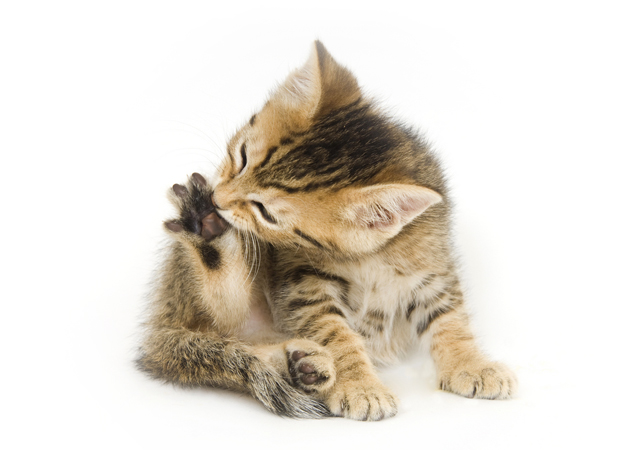 G-d bless stock photography for allowing me to illustrate this in a way that doesn’t betray how grotesque nail biting really is.
via Shutterstock

Which is all just to say that I get that it can be really, really hard to stop biting your nails. I don’t want to be ripping off and consuming bits of my flesh in the middle of an exam or a meeting, and neither, I suspect, do you. I’m well aware that it’s gross and may lead to well-documented horrors (you know where that link leads, click at your own risk). But even — maybe especially — as a grown-ass adult, nail biting can be an impossibly difficult habit to kick.

My last “relapse” happened when I was buried a couple of feet under the pressures of grad school. I resolved to stop (again) when the pain was making it difficult for me to do things. Here are some tips that I’ve found make the process a little easier.

You’re gonna do this thing! I believe in you. Now how are you gonna do it? Are you working towards something, like getting a manicure done before a wedding, or just generally looking to improve yourself as a human person? What will you need to help you along? When do you want to start? If you’ve been waiting for a sign that it’s time to stop, this post is it. 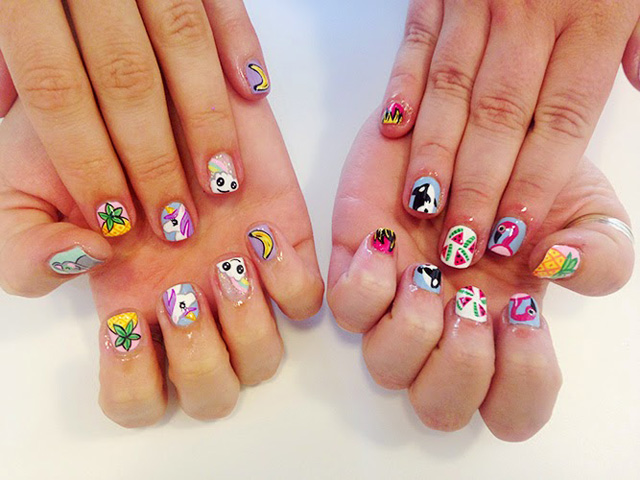 Think of your nails as a potential canvas. Now STOP EATING THE CANVAS.
via iwanttobeher.com

What’s worked best for me is stopping gradually — first leaving the nails on my right (dominant) hand alone, then cutting back one by one till I’m just down to one maligned finger, then stopping entirely — and not putting a time limit on it, because I know from experience that I rarely make straightforward, linear progress on this. Think about what might work best for you, but quite importantly, be prepared for your plans to fail. Chances are trying to stop nail biting is going to make you more stressed and anxious for a bit, making you want to bite your nails even more, so don’t give yourself a hard time if it takes multiple tries for you to figure out an approach that works.

Most people bite their nails when they’re anxious or bored. Take the time to really pay attention to what you do and you might be able to narrow it down to more specific triggers. For example, I often find myself biting my nails when I’m writing or typing (i.e. procrastination) or when I’m waiting for webpages or games to load because I’m a spoilt-ass millennial. I’m also way more likely to bite my nails if they’re already rough or broken, exacerbating the problem.

Knowing when and why you bite your nails isn’t necessarily gonna be enough to stop you from doing it. I’ve definitely found myself fully conscious of my fingers between my teeth and still found myself either unwilling or unable to stop. Sometimes you need a physical reminder to snap you out of it, like a rubber band around your wrist you can snap whenever you catch yourself biting your nails. Alternatively (or additionally), you can:

Putting stuff on my nails that makes it harder to actually physically bite them, whether I’m conscious of doing it or not, is by far the most effective quitting method I’ve found especially when you’re just getting started. Things I’ve tried with varying levels of success include:

Regular scotch tape: Don’t do it. 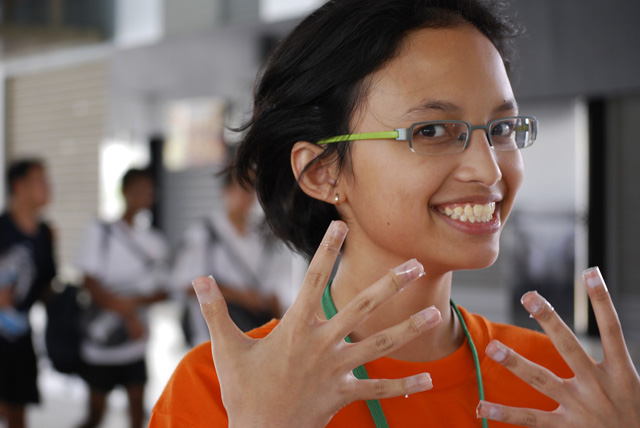 Paper surgical tape: Far more durable than scotch tape (though it’s still not gonna last more than a day or so) and a cheap solution. It’s gonna be really obvious you have tape on your fingernails, which is good for reminding you to Not Do The Thing but bad if you’ll feel self-conscious about it.

Cotton gloves: I found these particularly useful at night when I’ve slathered on moisturiser and didn’t want to find myself absentmindedly chewing on my nails before I went to sleep. You can still do most things in them, including operate touchscreens. (Also, your regular gloves, the ones you wear out when it’s cold? They’re probably the filthiest thing in your wardrobe. Think of that the next time you put your fingers near your mouth.)

I've been biting my nails since I was 6 and I'm finally trying to stop. Cuticles are a mess. Nails weak and thin. But it's happening. Treated myself to a new polish today to celebrate 3 weeks without gnawing. #nails #nailselfie #badhabit #worthit #nofilter

I haven’t had the same success — I pick at even the slightest unevenness in a manicure, and you can bet my still-healing nails were plenty uneven — but colour polish can be a great visual reminder to stop yourself from biting, while a strong transparent top coat can make it tougher for you to do so.

Nail biting treatment solution: This is a clear, bitter liquid that you apply onto your nails. The bitterness lingers a little even after you try to bite them and is thus a pretty effective deterrent, but I’ll admit I had to change brands a couple of times because I got used to the taste/just stopped caring about it.

Acrylic fake nails: Probably the most expensive and time-consuming solution, but it works for me without fail every time. I put on fake nails even when I’ve (mostly) stopped biting my nails if I know a particularly stressful period is coming up, like essay season. But again I gotta confess that once I chewed through even the acrylic when I was working on my thesis.

Some of the alternative habits I’ve cultivated have been productive or at least harmless, like playing with my necklace, while others considerably less so, like compulsively checking my phone or that one time I started finishing a pack a day… of orange Mentos. Take better care of your nails! Whenever I find myself wanting to bite my nails in public, I rub Burt’s Bees lemon butter cuticle cream on them instead, and at home I have gotten cuticle trimming down to a therapeutic art. (Trimming your cuticles is bad for you, but I can say with a fair amount of certainty that eating them is probably worse.) 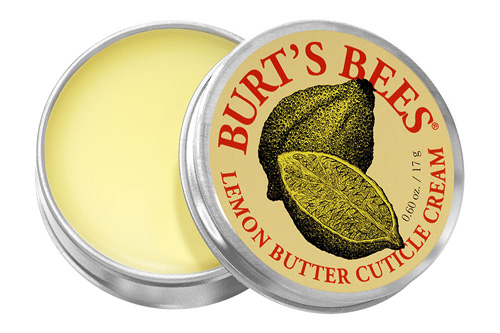 This stuff smells good enough to eat… but we’re not doing that anymore, no.

Going back to triggers, it helps not only to find alternatives to nail biting but to tackle the problem at its root: look for ways to reduce your stress, anxiety, or boredom. I’ve recently taken up cross-stitching, because few things occupy my hands and restless brain better than sewing “MACHO” in a pink flowery font. You do you, whether it’s yoga or Netflix marathons.

Print out a small calendar, pin it somewhere you’ll see it often, and mark each day you manage to go without biting your nails. I enjoy being able to physically chart my progress but of course there are plenty of apps that’ll do the same; I like Good Habits for its simple, straightforward interface. If you’re a bit more hardcore, you can try something like Beeminder or 21 Habit that’ll charge you if you go off track. What’s currently working for me is Habitica (formerly HabitRPG), recommended by Autostraddle’s Tech/Geekery Editor Ali, in which I’ve listed “stop biting nails” as a habit so every time I do it my pixelly avatar takes a hit. I really don’t want the little guy to die.

Get people around you on board, too! Ask your friends to point it out or smack your hands when you’re about to put them to your mouth; ask your girlfriend to yell “those fingers aren’t going anywhere near me!” every time you do the same. Visit a professional manicurist, if you would like to be reprimanded by a stranger about how you’re treating your body. 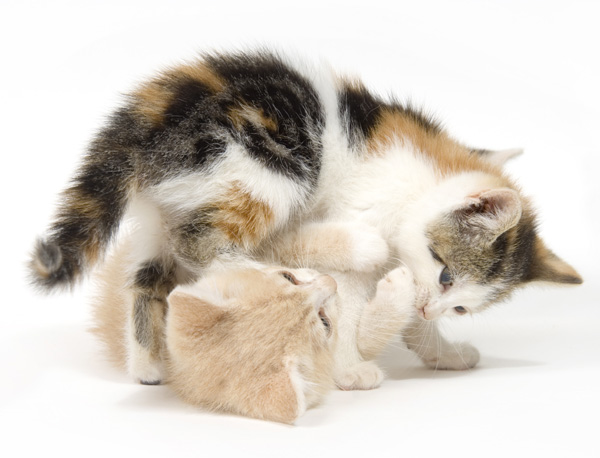 THIS IS FOR YOUR OWN GOOD
via Shutterstock

Full disclosure: I hate when people do this, because I am That Person who will do more of what she is told not to. So if you’re like me, make clear to those around you that it hurts more than helps if they police your nail biting.

If you’ve tried everything and it doesn’t work, or if you’re just too overwhelmed to even try, consider seeking professional help. Nail biting can be a symptom of something more serious, and it’s okay if you don’t have it in you to deal with it yourself! I know it feels like a trivial thing to go to a therapist or psychiatrist for but you guys, there is a world in which your nails do not bleed onto paper and you don’t want to cry from how much it hurts to do anything with your hands (which is a lot of things), and it is a world you could most definitely come to live in in time. You deserve all the care and help you need to get there.