What I wanted to write was a serious, hard-hitting piece about doxxing. And eventually I’ll do that, believe you me. But right now I’m on a DIY writing retreat, lazily banging out a thousand words a day and then reading by a pool. It’s really hard to write on such a grim topic with a hibiscus margarita in hand, having just finished A Room of One’s Own and planning to Virginia Woolf the fuck out on my return. While there are many important topics that are hard hitting and deserve some serious talk, we also deserve happy, fun things too. So from an assortment of categories that have randomly occurred to me, here are my Summer Tech Favorites. What are yours?

Gadgette is a website for women who are into tech. Now I’m not saying women can’t or shouldn’t enjoy the tech website standards, but it is kind of nice to have a space aimed at women in tech — if just to reassure us that enough of us exist to enjoy a space made just for us. And to boot, the site is very pretty and has fun content. Alas, I found out about Gadgette when our own Carmen Rios shared a link to this Guardian piece by Holly Brockwell, the site’s founder who endured attack for creating the site — I can imagine she’s getting it from all sides. From the Guardian piece:

So yes, my site has ‘feminine’ branding. Yes, we cover fashion and beauty as well as phones and drones. And that is entirely deliberate. It’s okay to be a woman who likes tech. It’s also OK to not like clothes and makeup. But many people seem to believe that to achieve equality, we all have to pretend we’re genderless, faceless ‘users’, and that doesn’t help anyone. Acceptance isn’t about ditching who you are to fit in with the crowd. It’s about the crowd recognising that you have differences and welcoming them.

Why shouldn’t it be OK to talk about which fitness trackers best fit a woman’s wrist? Why shouldn’t it be acceptable to consider beauty gadgets from a tech perspective? And why shouldn’t we be able to say we’re for women without saying we don’t like men? Supporting A doesn’t mean you attack B. This reductive line of thinking is hampering progress in equality.

The same goes for women in tech. There’s a valid argument that by marking ourselves out as a separate group, we’re making it harder to be seamlessly included. But I don’t think that’s what we should be aiming for. Every human is as different from the next as they are the same, and that’s not something we should try to erase.

Many things on Gadgette are outside my personal line of interest; many are not; some are just outside my postal code. That it exists is something to be really pumped about. 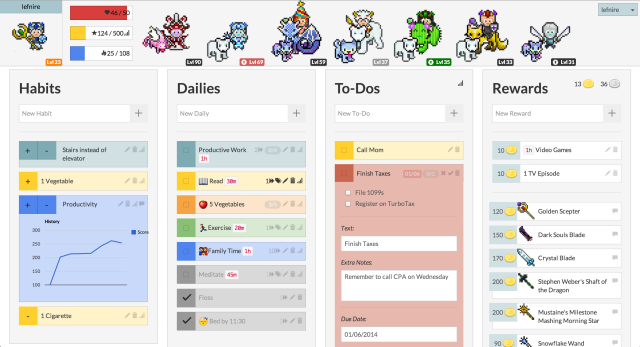 Our very own Heather introduced me to Habit RPG, the to-do list where checking off each item is a battle to be won and you level up your avatar into rogues and mages. It’s the nerdiest to-do list I ever did see, and it should come as no surprise that it’s been working for me this summer. Join guilds, form parties and go on quests all while actually completing things in your personal or work life. What motivates me most is finding and hatching pets — that should come as no surprise given how obsessed I am with Pokémon. Habit RPG works best as a web app, but they did recently release a new phone app called Habitica that I haven’t gotten a chance to play with yet. Both are free, with purchases available if you want to go on certain quests. My only wish is that Habit RPG were a little prettier, but there’s a certain 8-bit charm.

Okay, okay, so I already wrote about VSCOcam this Summer. But since writing that post, I’ve been OBSESSED with this photo-taking and -editing app. I was first introduced to VSCO as a company when my awesome former roommate started posting photos on Instagram with the #VSCOcam hashtag. Now this particular awesome roommate is a photographer and designer, so it’s no wonder that all her images taken using VSCOcam were super appealing. I’ve been sending many of my photos taken and edited with VSCOcam to Instagram (it’s real easy to do, and has def upped my Instagram game), but I truly wish that we could make the VSCO Grid the next big photosharing social media craze because, unlike Insta, you don’t have to crop your beautiful photos into squares. Because I want this to happen, Imma share my Grid — won’t you please share yours?

VSCOcam is free on both iOS and Android, with optional in-app purchases if you’d like more filters than the defaults.

Jewelbots are friendship bracelets that teach pre-teen girls how to code. They function out of the box with a smart phone app, but they’re also open source and entirely programmable. So girls can do everything from make it light up when their friends are in the vicinity to fly a drone. Basically, I want one real bad and I don’t care that it’s super far outside my aesthetic.

Our fabulous Intern Chloe found this first, and she’s gonna do something a little more detailed about programmable gadgets in a hot sec. But, despite the fact that our readership is largely past the age bracket these are intended for, I’m also assuming y’all are gonna want one of these as badly as I do. And so I wanted to get the word out there while there are still some pre-orders available. Consider backing this Kickstarter to grab a Jewelbot for the pre-teen girl in your life…or, ya know, for you and your friends because this is badass and friendship bracelets should DEFINITELY exist into adulthood. Only 12 days to go!

Okay, so I wasn’t super sold on email newsletters, because why wouldn’t I just subscribe to the blog? And also wouldn’t it be too much like marketing emails? But then our very own Beth came to stay with me for a tiny little bit when she was visiting New York City, and she sold me on the idea of your fave writers heading right to your inbox. Mostly I was convinced because her email newsletter is so good and, if I were going to pick anything done by Autostraddle writers in this post, I’d have picked her newsletter for this slot. Highly recommend, go check it out.

Anyhow, after a couple of recommendations from her, I found the aesthetic of the newsletter to be more personal — almost like a zine or something. I started signing up with wild abandon — I even signed up for Lena Dunham’s new email newsletter. I was fortunate enough to find Two Bossy Dames after my fiancée (who thinks Magic Mike XXL is a feminist dream) made me listen to an NPR Pop Culture Happy Hour on the subject. Margaret Willison was part of that, and when they said “email newsletter” and “two bossy dames” I googled and signed up immediately while still listening. That means I’ve only gotten a couple newsletters and I STILL think this is my favorite one of the summer. They are highly skilled in the art of the gif. They drew my attention to this New Yorker piece.

It is free to receive Two Bossy Dames in your inbox. They are kind of like cool, straight cousins. 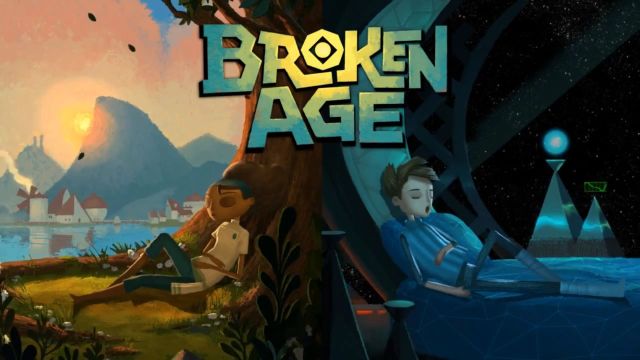 So we’ve written about Broken Age here before, but the game was released in two acts. The second act was just released in April, which was after we wrote about it and during my semester. I FINALLY got to play through the whole game this summer and whew, I’m glad I did! The game follows Vella and Shay as they both challenge and change the paths that family and tradition have set out for them, and the second act both furthered these themes and also felt like the second act of Into The Woods; it felt like a reckoning, like there was darkness behind the growing up. The easier nature of the first act was smashed to smithereens with much harder puzzles in the second. It didn’t lose the beautiful animation, the charming characters and the poignant, fun (and feminist) storyline. It’s not a shoot-shoot-kill game, but rather a whimsical novel you play through; actually, it reminded me a lot of Myst. I almost called up one of my childhood best friends — the one I used to play all the computer games with, Myst included, — and made her sit next to me and take turns controlling the Vella and Shay. I did not, because I wound up playing late into the night and we have real people jobs and stuff that mean we can’t be at each others apartments playing computer games until four in the morning.

I asked before and I’ll ask it again: what are your Summer tech favorites? Create your own categories or tell me EXACTLY why I’m wrong in mine.

This has been the one-hundred-thirty-eighth installment of Queer Your Tech with Fun, Autostraddle’s nerdy tech column. Not everything we cover is queer per se, but we talk about customizing this awesome technology you’ve got. Having it our way, expressing our appy selves just like we do with our identities. Here we can talk about anything from app recommendations to choosing a wireless printer to websites you have to bookmark to any other fun shit we can do with technology. Header by Rory Midhani.