Guys, I’m going to level with you right now and tell you I don’t know much about Dakota Johnson. What I do know:

However, Twitter is currently abuzz over these recently tweeted excerpts from a resurfaced interview Johnson did with Vogue in 2017. On a recent breakup, Johnson explained, “Shit happens. I think I’m a little bit heartbroken all the time, even when I’m in a happy relationship. I don’t do casual very well, and my feelings, even the good ones, get so intense that they hurt. Can we make things really juicy? Can we say that I’m taking this time to explore my bisexuality? Or that I have given myself to the Lord following the release of my sexually explicit trifecta of films?” While on the one hand it could be interpreted that Dakota Johnson is announcing her bisexuality, she mostly appears to be making a joke.

That said, Twitter users immediately went searching for clues, and oh boy did they deliver! For example, Dakota apparently has already experienced the Hollywood rite of passage that is “being photographed holding hands in public with Cara Delevingne.” If it hasn’t happened to you yet, just be patient.

i think it’s time to remind everyone that dakota johnson and cara delevingne were possibly dating back in 2016 pic.twitter.com/r6ZJRwPWLj

It is worth noting for the sake of Current Events that following her split from her sex bench co-parent Ashley Benson, 27-year-old Delevingne has been recently seen potentially canoodling with Cindy Crawford’s supermodel daughter Kaia Gerber, 18, and I don’t like it.

Other intrepid detectives discovered this interaction between Dakota and noted bisexual Aubrey Plaza:

the way dakota johnson admires aubrey plaza is constantly on my mind pic.twitter.com/6t4UOEfkdG

Is Dakota Johnson bisexual? I’m going to be real, probably not, but we can never be sure until we have performed the ultimate test: 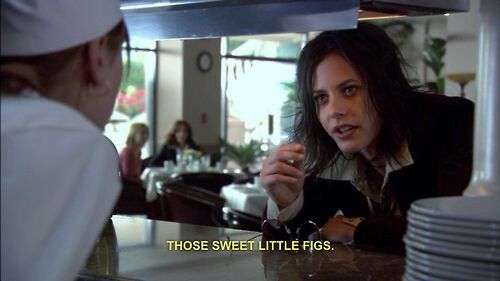