Getting your ass eaten is fun because assholes have a ton of sensitive nerve endings and it feels good. Eating someone’s ass is fun because you get to make her squirm. And whatever side you’re on, it’s just a little subversive in just the right way. “As a society we have a lot of hangups about any kind of ass play; we tend to see that as something taboo, or as something that can’t be incorporated into a normal sex life, but I actually think that it can be,” says Moushumi Ghose, a marriage and family therapist based in Los Angeles. Ass play is still seen as a little taboo, and taboos are nothing if not super hot to break.

Here’s how to eat ass for the very first time. 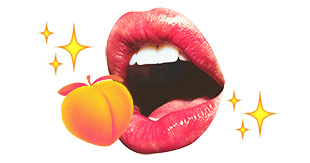 “People are super self-conscious about their butts, especially the first time something like this is happening, so the main piece of advice I’d give is ‘no surprises,'” says Alo Johnston, an associate marriage and family therapist based in Los Angeles. 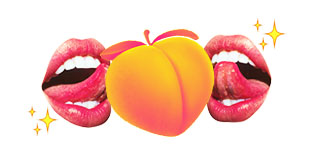 If you’re doing the ass eating, prepare the same way you would for putting your mouth and hands all over a vulva or any other body part. “You don’t want any sharp objects or anything rough unexpectedly near someone’s ass,” says Johnston, so trim and file your fingernails, even if you’re planning to wear gloves or not planning on penetration. 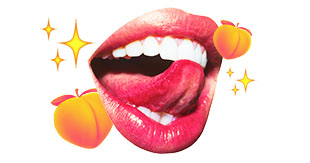 You already know that women can give each other STIs, and that dental dams (and gloves!) are an important part of lesbian safer sex, particularly with partners to whom you’re not fluid bonded. Ass eating is no different. You can transmit STIs, along with hepatitis A, B, and C, and parasites, from analingus; to reduce the risk, use dental dams, gloves and condoms, all with a compatible water- or silicone-based lube. It’s okay to worry and it’s good to use barriers and take precautions, but eating ass also doesn’t need to be scary. “You don’t need to be more scared of this than of any other sex act. You want to take the same precautions with this that you would with anything else, but there’s no reason that butt stuff needs to be more terrifying,” says Johnston.

And remember, “anything that touches the ass shouldn’t go anywhere near any other orifice, especially the vagina, afterwards,” says Johnston. Change your gloves or wash your hands, swap the condom over the strap-on or strapless, or swish mouthwash as relevant. (It’s totally okay, and a lot of fun, to go from the vulva to asshole.)

When you’re ready, and after making out a little or scissoring a little or whatever you normally do for foreplay, position the receiver on her hands and knees, or on her stomach with a pillow or sex wedge under her hips. “You can do it in any position you have access to, but those two are the most comfortable access-wise,” says Johnston. “Physically, the more you’re able to pull someone’s ass cheeks apart the more you can get to the sensitive parts, so any position that allows you to do that” is a good one.

What To Actually Do When You’re Eating An Ass

Circle the outside, criss-cross the surface, or try long licks in different directions. In Mind-Blowing Sex, Diana Cage, author of the Lesbian Sex Bible, suggests: “For its size, the tongue is the strongest muscle in the body. Think of all the ways it can move. Though soft, steady licks will probably become the centerpiece of your technique, don’t be afraid to mix it up a bit. Circles, darting licks, and sinuous tongue twists will all spice things up. If your sweetie likes featherlight touches behind her knees and on her feet, encourage her with a similarly light touch on her rosebud. Lap her up […] or ravish her.”

Get more of your and your partner’s bodies involved, too. You aren’t just a disembodied tongue licking a disembodied asshole (unless disembodiment is your kink, in which case yes you are). You have lips and teeth and tongue, the rest of your face, your hands, and the rest of your body to work with. She has a body beyond her asshole. Keep her involved.

The key is to start slow, and then even slower than that. “Slowly gently start if you wanted to dip the tongue in and out. I wouldn’t jab the tongue all the way in on the first try, going slow is definitely the best approach,” says Ghose.

If you both want to add more penetration, remember that assholes aren’t self-lubricating the way vaginas or mouths are, and to use a lot of lube. “Use lube. Use saliva. Just go slow. You can alternate using a thumb and a tongue, a tongue and some sort of toy, or you can gently slide them both in together. Keep paying attention to what [your] partner is saying, because it’s always about communication,” says Ghose.

“Even though there’s a lot of stigma and self-consciousness, once people to get into it they generally realize it feels pretty great,” says Johnston. “Be free. Do butt stuff.”