In an interview for the MTV series This Is How I Made It, actress Amber Riley, who plays Mercedes on Glee, started crying when she spoke about her struggles feeling accepted in Hollywood.

“Hollywood is a very hard place to be in. It really is. Being the person I am, you know, the size I am, being a woman, being a black woman, there’s not a lot of roles for us.” 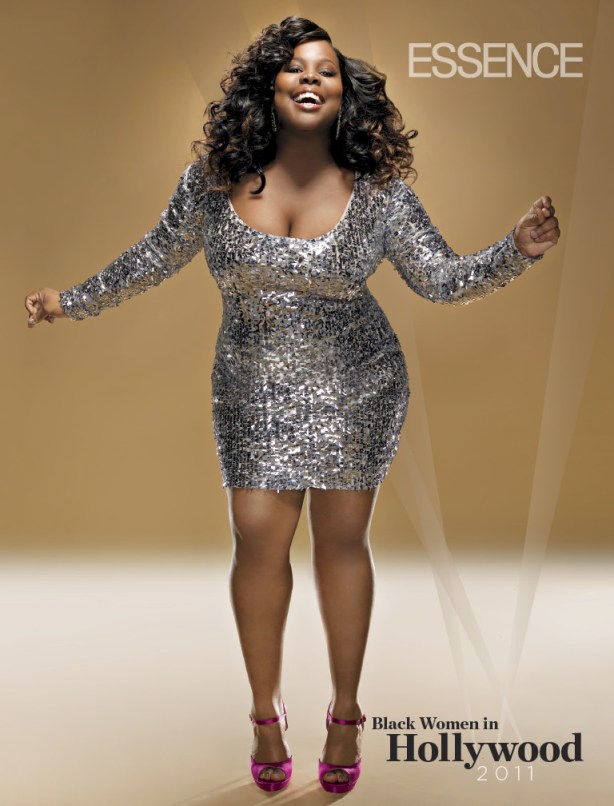 Before the role of Mercedes came along, casting agents told Riley she would be perfect if she just lost a little weight, or they offered her roles like “the girl who committed suicide because she was fat” and “the girl who sits in the corner who eats all day,” which she didn’t want to accept for obvious reasons. A recent Wall Street Journal article by Roxanne Gay points to the increasing visibility of plus-size women in film and television; but unfortunately, it’s often the actress’s weight, not the actress herself, who gets the real role. In Bridesmaids, all the jokes written for Melissa McCarthy’s character Megan, revolve around her weight . Her hypersexuality is supposed to be funny because it rests on the presumption that bigger women aren’t sexual and the comedic effect of her “butchness” is grounded primarily in her size.

The article also mentions the character of “Fat Amy” in Pitch Perfect. Although going by “Fat Amy” is the character’s choice (so “twig bitches” don’t call her fat when she’s not around), it’s still worth noting that her size is still a part of the plot — it can’t just go unmentioned:

“Overweight actresses are routinely constrained to roles and plots that make their body a focal point and, more often than not, a source of ridicule or humiliation. They are always considered overweight long before they are considered women. The constancy of this erasure is telling.”

Though Amber Riley sees her role on Glee as one of the better ones that she’s been offered, I wondered if her size means that just like Megan and Fat Amy, Mercedes is treated differently from the other characters on the show. Having watched a grand total of five Glee episodes, I decided to ask a former Gleek, my friend Grace who ended an intense relationship with Glee after what she describes as the disastrous season 3.

Grace says, “Mercedes was given few episodes or storylines that centered around her, despite being on the show since the beginning and singing a large number of songs. Often, when there actually was an episode about Mercedes, it involved food: Home in which Mercedes is told to go on a diet to prepare for a magazine interview, and The Substitite which sees Mercedes protesting the ban of tater tots in school.”

There’s also the fact that for the first two seasons, Mercedes remained the only main character without much of a romantic life. “She was painted as non-sexual,” Grace says, and Jezebel agrees, quoting XHIBIT P’s Lana Frater who thinks it’s because of her size and compares the treatment of Mercedes to that of Coach Beiste:

“Mercedes and Shannon [Beiste] represent the non-sexual fat woman. Amber Riley, who plays Mercedes, has an incredible voice — arguably the best — but can’t get a date or love interest to save her life. As a character, Mercedes has yet to be developed. Unlike her voice, Mercedes’ character is lackluster. Two seasons have come and gone, yet Mercedes remains the same character whereas other main characters such as Finn, Rachel, Quinn, Kurt, Brittany, Artie, Tina, Santana, even mean Sue Sylvester have changed and grown. Like many fat woman in TV and movies, Amber plays the supporting character, never the main, despite being a regular on the show.”

Though in later seasons Mercedes is given love interests, it doesn’t change the fact that for two whole seasons Grace explains that “she was denied the same level of romantic interactions as her peers on the show. The character herself often complained about not being appreciated or seen as equal to other Glee club members.”

Last week on The Ricki Lake Show, Riley talked about how her size has always been a focal point in the roles she gets. In her first acting job ever as an eight year old, she was cast as “the plus-size girl.” As an eight-year-old who was super happy to finally have an acting job, she was too excited to think about the implications of Hollywood labelling children and categorizing them according to their weight; but as an adult, the 26-year-old Riley told MTV, “I never wanted to play a character that hated herself. I wanted people to know that those aren’t the only roles for people like me, normal girls.” 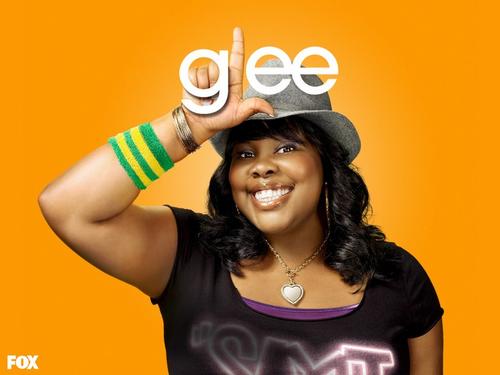 Hollywood needs to learn that normal girls come in all shapes and sizes — you shouldn’t have to fit into a certain size of jeans to play a romantic lead. But in fighting against the assumption that plus-size women aren’t normal, I’m noticing a disturbing trend – a skinny/fat dichotomy that isn’t doing any woman any favours — which is why I was disappointed when, in her interview with the actress, Ricki Lake called Amber Riley “a real woman.” What does that mean exactly? That if you’re thin, you’re a “fake woman?” Calling bigger women “real women” under the guise of promoting body image acceptance only contributes to the problem of placing value on and making assumptions about a woman based on her size. 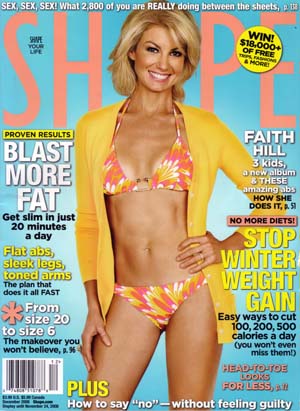 “I’m a healthy person,” Riley says. “I have great friends around me who are positive.” I like the idea of focusing on having healthy lives, not how we look living them; but unfortunately even the idea of health has been warped my the mainstream media to promote body shame. So many women’s fitness magazines define “health” as losing 10 pounds or fitting into your “skinny jeans.” There have been times in my life when I have started a workout program hoping to achieve certain “results,” look a certain way. I never finish these workout programs and end up feeling depressed and discouraged that my body isn’t suddenly morphing itself into some beauty standard that isn’t even mine to begin with. But when I exercise knowing that I don’t need to look a certain way or to change, that I only want to build on the wonderfulness that is my body as-is, then before I know it, I’m running faster and longer, lifting heavier things, and feeling happy knowing I can kick anyone’s ass who dares to define my body, your body, or Amber Riley’s body according to anyone’s standards but our own.

As Amber Riley says, “there is no set rule, no set look, no set anything. You make your own rules in life, and your own decisions.” 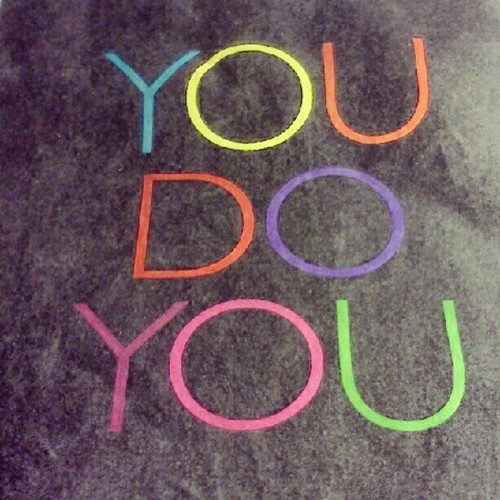