Hey, I don’t know if you’ve already been told this, but you only have a certain number of shopping days left till Christmas, so hurry on up and buy! buy! buy! Also, not to scare you or anything, but there’s this thing called global warming which is melting the polar ice caps. Who knows? Maybe the world is about to end which really sucks cause it means there’ll be fewer days to buy! buy! buy! Feeling panicked about the dwindling of the days left to shop and the warming of the Earth? Well, then you had better put your panic to good use and buy lots of stuff labelled “green.” Every single time you buy a product labelled “green,” a baby polar bear is born, a corporation decides to tighten its environmental regulations, and you don’t have to feel guilty about being a part of the problem because you’re doing your part by shopping! Buy more stuff and save the world!

Let’s get real for a minute – and by “a minute,” I mean the rest of this article. Most of the time, “green” is just a marketing gimmick. Although there may be some truly ecologically-made products, like jeans made from organic cotton paired with a belt fashioned from David Suzuki’s hair and threaded with grains of quinoa, who can afford that shit?! And what if you live in Australia and need to get the David Suzuki hair belt shipped all the way from Canada? The transportation pollution isn’t going to do Mother Earth any favours. Real green gifting is about buying local, digging through thrift stores, crafting, and even composting. Without further ado (I want to type this as fast as I can so as to save energy), here is a list of non-gimmicky eco-friendly gift ideas that won’t hurt the world and may even improve it/you/your life:

Give the gift of worms! 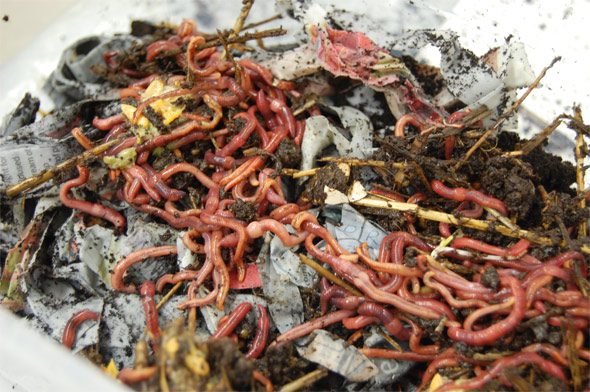 When a housemate first brought up the idea of worm composting, I cringed and couldn’t help imagining escaped worms sliding their way from the compost bin, under my bedroom door, and maybe even into my mouth as I slept. That, and just the idea of worms in the house was enough to start a long debate after which it was decided that we would have a worm compost, but I wouldn’t have to touch the worms or deal with the compost in any way. Still not convinced I wouldn’t one day find a worm masquerading as a noodle in my pasta, I decided to just stop complaining… for the Earth! Luckily, my neurotic fears were just that – neurotic. I didn’t have much to worry or complain about. Furthermore, it was actually really rewarding to have my leftover food get turned into worm poop which would then go into the garden to help grow our fresh vegetables that we would make into salads only to feed the leftovers to the worms once again. It was the circle of life right there in my home!

This holiday season, give the gift that keeps on giving (in the form of worm excrement) to your garden and to the well-being of the planet! What you’ll need:

1. An opaque plastic bin no more than 12-18 inches deep and with lots of air holes.

2. Bedding: shredded newspaper, potting soil (chemical-free), straw, or fall leaves will all be wonderful to use when lining your plastic bin.

3. Worms! You can buy worms at most ecologically-friendly or fishing stores near you!

Give the gift that’s already been given! 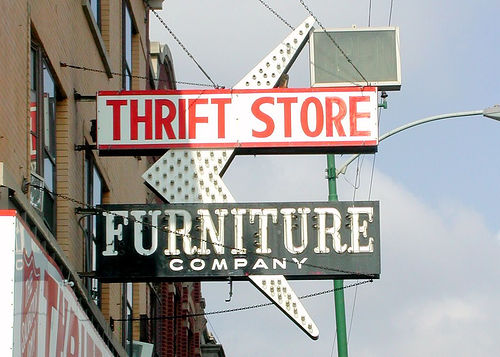 Last year my baby brother moved into an apartment, and I had all these older-sister worries, such as, “Is he eating enough healthy, home-cooked meals?” I decided to get him a crock pot, so I went to Goodwill and bought him one for $15.00 and then filled it with books I thought he should read. To be honest, I don’t think he realized it wasn’t brand new; and even if he had, so what? It worked just fine and didn’t break my bank account or add toxins to the ecosystem. Buying things that have already been used is a great way to be environmentally friendly; but thrift-store shopping can be intimidating for first-timers. Luckily, there’s an Autostraddle article for that! Remember that from cookware, to clothing, to shoes, to jewellery, to books, there’s an endless supply of gifts in thrift stores!

Give the gift of the environmentalist book!

While you’re sitting around in your Goodwill jumper, reflecting on the hypocrisy of so-called green marketing while marvelling at the wonder that is your worm compost, you might find yourself asking some big questions about things like the history of environmental thought, our unhealthy dependence on oil, and how to start a revolution. Maybe you met a cute girl at the vegan feminist potluck, and you’re hoping you two can go on a worm-compost shopping date followed by a discussion on the Big Questions over a nice kale salad. Give the gift of the environmentalism book! Here are some suggestions: 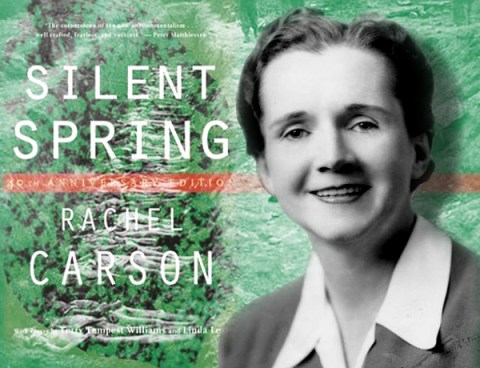 I don’t know if you know about Rachel Carson. If you don’t, you should because she was one badass lady who literally changed the world with a book! Back in the early sixties, Carson wrote Silent Spring to tell the world that the use of pesticides, specifically DDT, was killing birds, animals, and even people. Since she was a woman, she was ridiculed in the media and called crazy and even a witch; but Carson had done her research and was a damn good writer to book; so her book was more convincing than her critics could ever dream of being. DDT was banned – proof that a book can actually change the world. Oh, and Carson might have played for our team, but we’ll never know since she and her very close lady friend, Dorothy Freeman, destroyed hundreds of their letters before Carson’s death.

The Energy of Slaves by Andrew Nikiforuk 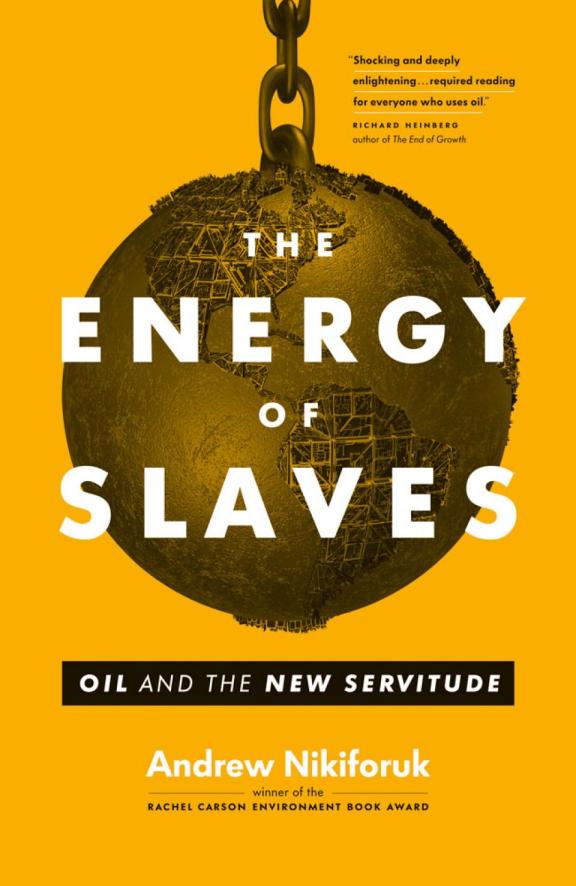 I haven’t read this book yet, but I want to. In this book, Nikiforuk argues that oil companies view environmentalits as hostilely as slaveholders regarded abolitionists and religious critics. Just as the slave trade was at one point the most profitable industry in the world, so is the fossil fuel market. He explores the not-often mentioned allies of the abolitionist movement: oil and coal. Nikiforuk relates the end of slavery in America to the rise of fossil fuels and goes on to describe how oil has transformed “politics, economics, science, agriculture, gender, and even our concept of happiness.” Andrew Nikiforuk is one of my favourite environmental writers. He writes for British Columbia based magazine The Tyee, and every time I read one of his articles I feel challenged to question my own assumptions, read more, and learn more.

Storming the Gates of Paradise: Landscapes for Politics by Rebecca Solnit 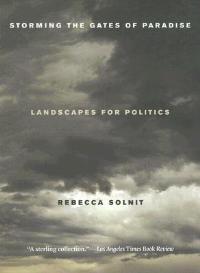 Rebecca Solnit is the coolest, and you may already know this since she’s been written about on Autostraddle before. In Storming the Gates of Paradise, she writes about travelling around America while ruminating on our relationships to both urban and natural environments. Solnit’s prose wavers between poetic and analytical as she describes the interconnectedness of  art, city planning, democracy, class, revolution, and the well-being of our planet.

So there you have it: eco-friendly gifts that are actually green. I know you can’t wait to give the gifts of reading, composting, and thrift-shopping, you hippie queer, you!