Calling all Homoganjas!Let’s talk about anything and everything marijuana related, from legalization to pop culture to how to make your own bong using a box of Diva cups and a broken lamp.

Recently, I experienced an honest to goodness marijuana-induced epiphany. A real one, mind you, not a stoned whim like cookie dough cake or selling bagels outside my dorm room window to pay for school books. (Although I think there’s definitely something to that cake idea — will workshop it later.)

I was sitting in the vintage common room of a lovely fellow Straddler I had met on a few different occasions. She shared a rambling, ancient house with several other people in downtown Los Angeles, and though I’m several years out of college, I still appreciate the low-key, hippyish vibe of a co-op. The Straddler had started having a weekly series of hangouts where queers would get together to drink, smoke and talk. Sometimes there were board games, other times there were dance parties.

But back to my epiphany. As I exhaled, it struck me that my queerness and my love of marijuana were connected. Not just connected but woven together, like the ninth grade hemp bracelet that got me sent to detention. At the time, it seemed like a major violation of my First Amendment rights (as most things seem to a 14-year-old girl). I mean, I was just wearing the bracelet. There were girls in my grade who smoked theirs! 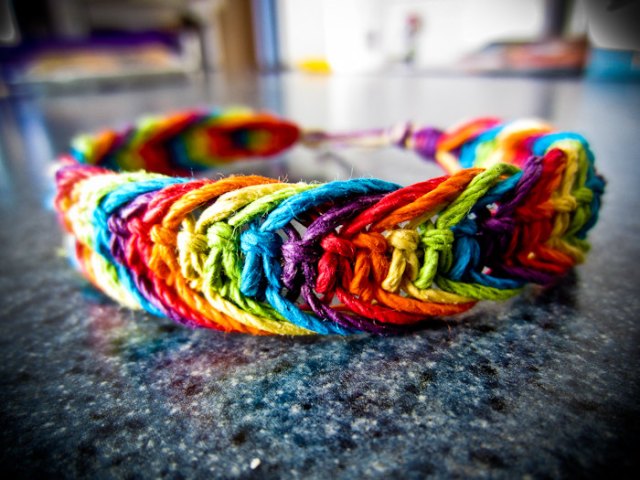 One girl in particular, who I’ll call Missy, didn’t just smoke her hemp bracelet. She smoked lawn grass and tree bark; she even smoked oregano one time, which she claimed gave her a “wicked high.” She had greasy hair and Doc Martens, which immediately meant she was the coolest person I knew. She was also my first girl kiss, and couched in the pretense of a dare, she pressed her teeth against mine. It was quick, clumsy and tasted like smoke and rebellion.

Weed continued to hang around my budding queerness; it followed me to college, where it lingered around poetry slams and straight girl flirtations. Weed played a prominent role in losing my girl-ginity to a fellow smoker. It also served to embarrass me, when I did edibles with the same girl and got so high I couldn’t find her vagina. Couldn’t. Find. Her. Vagina. Amazingly, not only did she continue to have sex with me, but she still talks to me to this day. Weed and women seemed to occupy the same side of my personality I desperately didn’t want people to know about. That clandestine, hidden away part of me that I felt was broken and unfixable. Because nice Jewish girls weren’t supposed to smoke weed or sleep with women. Or at least that’s what I thought.

When I came out of the closet/hot box, things started to change. Being queer wasn’t some secret identity I had to be ashamed of. I told one person. Then two. Then everyone. The dam had burst and the word was out: this girl likes girls and ganja! I felt the walls of my own making crumble around me and I embraced myself for who I was. Hallelujah. I was home. 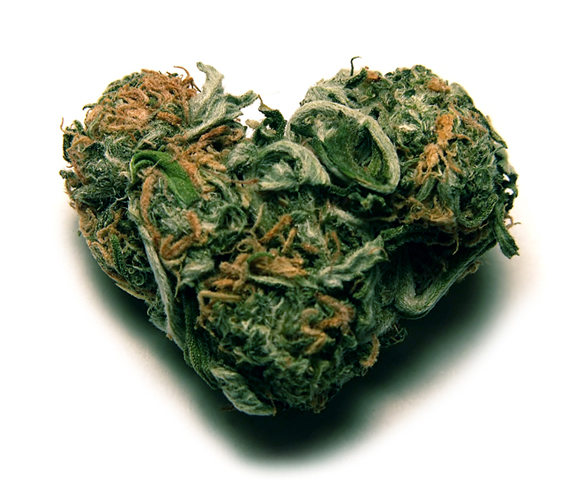 There’s a few small sites of kinship between the fight for marijuana rights and LGBT rights. Both issues are still ignored and mistreated by the federal government, who would rather put the onus on individual states. And both issues are often the victims of poorly worded, deliberately confusing campaigns of misinformation and misrepresentation.

But the tide of public opinion changes slowly but steadily. That’s why  marijuana culture and politics are important to discuss, and the more we open these doors and let the smoke out (or in) the less threatening and mysterious these issues become.

Consider this column a key hole through which we can fall into a larger discussion of pot politics, smoking (hot) queers, hemp herstory and the like. So refresh your bong water, clean out your pipe, and bust out your rolling papers. You’re about to join a big queer online smoke circle. Take a seat and relax, we’ve been expecting you.

Where NOT To Be When Edibles Kick In

Even the most seasoned marijuana user will tell you that edibles — like straight girls and Southern weather — are fickle. Sometimes they wash over you gently like a calm tropical breeze. Other times, they knock you on your ass so hard you fall asleep for six hours and come to cuddling someone else’s cat. Then you will wake up more fully and realize you are not in your apartment. You’re in a barn and that cat you are cuddling is a baby goat. But she’s here, so we may as well give her a name. How about Doobie?

Because edibles hit everyone differently, there is no surefire way of knowing when the high is going to kick in. It could be ten minutes after you ate that brownie, or it could be 45 minutes before the after effects of your weed-infused kale salad kick into gear.

For this reason, if you are doing edibles, make a plan for yourself. If you are going to stay at home watching cartoons, then congratulations. You know how to do edibles. If you are going to see the New Kids On The Block/Backstreet Boys reunion show, then make sure you have a sober friend there to shuttle you to and from the concert and keep an eye on your tripping ass.

The following are the top ten places you do NOT want to be when the edibles kick in. Write these down in the margins of your Alice B. Toklas Cook Book and try to avoid them at all costs.

1. An avant-garde experimental theater production of Bertolt Brecht’s Mother Courage and her Children.

2. A serious discussion about the future of your relationship (marriage, kids, joint bank accounts and puppies) with your sober significant other.

3. Up to your knees in mud in the middle of a dried up lake because you thought it was a shortcut to that amazing house party.

4. Mother’s Day brunch at the Sheraton while explaining why you changed your college major from Engineering to Philosophy. Also, you are wearing a silk dress shirt from Banana Republic that highlights (hehe, high) your sweat stains.

5. Defending your dissertation on the benefits of medical marijuana usage before a board of professors and your peers.

6. Trapped on the treadmill at the gym because you forgot how to get off the damn thing. It’s just you, the pounding of your sneakers, and that Road Rules marathon on the gym TV.

7. Meeting your girlfriend’s parents for the first time at the church Sunday social. Did I mention you are meeting them as one of her “friends”? She specifically asked you not to mention any gay stuff but suddenly you need to know everyone’s theories on who shot Jenny from the grassy knoll. That’s how that thing happened, right pastor? Silk dress shirt makes a repeat appearance.

8. Watching The Diving Bell and the Butterfly. You will be paranoid and inappropriate, but think that people can’t hear you because of your “locked-in syndrome”.

9. During your pitch proposal in the board meeting when you decided to beef up your Power Point presentation with music from Ani DiFranco and star sweeps between each slide.

10. When you run into your totally together ex-girlfriend at Ralph’s shopping for organic tomatoes with her cute new girlfriend. Cute new girlfriend looks clean and her clothes are definitely ironed. You are braless, wearing a Ninja Turtles cutoff tee, and buying three different kinds of white chocolate.

And as a bonus, four words, one great place to be when the edibles kick in: 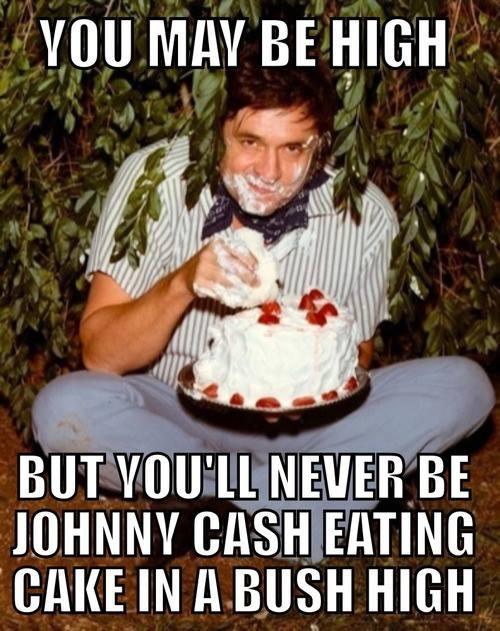