Jackie Clune, who I guess is famous in England or something, wrote an essay for the Daily Mail about how she used to be a lesbian but isn’t anymore. Just after reading the headline — “How I went from committed lesbian to a happily married mother of four” — I obvs had a lot of issues with this article. But it is SO MUCH WORSE once you read it. You should do that now or something, so you know what the eff I’m talking about.

Top 10 Most Unbelievable Sentences/Paragraphs In This Stupid Article:

1. “I had studied feminist literature at university and it opened my eyes to the possibility of sexuality as a life choice.”

2. For I can honestly say that I never felt the need to ‘come out’ as gay or straight — I simply decided to fall in love with women.

4. Can you imagine waking up beside a woman when you’ve both got raging PMT?

5. I wanted a bit more difference, a little less talking and a bit more edge and my relationships often paid the price.

6. I had been so committed, I even bought a flat with one of my partners.

7. Was I picking the wrong women or was I simply not cut out to be a lesbian?

8. But I suspect the simple truth is that I no longer felt I needed to be defined by my sexuality. I had outgrown lesbianism.

10. All I can say is that I believe not every gay person is gay for life. In particular, I believe that many women are capable of feeling attracted to other women – to be with someone who believes it’s perfectly normal to talk about how you feel and wants to know every single thought that passes through your head.

BONUS! 11. Actually I have never thought of myself as bisexual. And I certainly don’t now that I am married. That would be tantamount to admitting that I am thinking of being unfaithful with a woman, which has never been the case.

Most of those sentences are improperly punctuated, and I want you all to know that I know that. This is self explanatory, right? Do I need to say more? This woman is so ridiculous, I can’t even process it. My feelings mostly consist of: you can be friends with women without sleeping with them, feeling unfulfilled by women and longing for the “simplicity” of men probs means you’re straight, bisexuality DOES NOT mean you want to cheat on your husband with women, and homosexuality isn’t a culture you adopt just for funsies to be alternative in your 20s. She clearly misunderstood everything in that college class about feminism and sexuality. I’m glad she’s gotten through her little lesbian “phase,” get it, it’s like lunar phases because all women are ruled by the moon and are crazy emotional.

Does that cover it? What do you guys think? (@dailymail)

We’ve covered a lot of this territory before, but it’s worth bringing up again, especially while gay adoption is still illegal in certain states. Basically, gay parents are great parents! There are many reasons why. Unplanned pregnancies are pretty rare, so gay couples are almost always quite prepared to raise kids. Gay people are real, compassionate humans which is mostly what it takes to be a good parent. Studies show that kids raised by gay parents are often happier and well-adjusted. So yeah, let’s toast all the LGBT parents out there! Keep on raising awesome people! (@cnn) 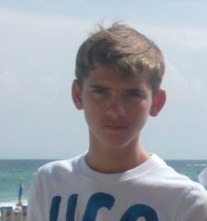 A gay teen from Kentucky has started a viral campaign against his school’s library for not including gay books. This story combines a lot of our favorite things: out teens, books, youth activism, and the Internet!

“The world needs more librarians who serve the purpose of finding the right book to put in the right person’s lap,” Brent blogged. “There are tons of gay teens, struggling to find a group to fit in. LGBT YA lit helps us find out that no, we aren’t alone and no, we aren’t worthless or disgusting. It helps us discover that we are part of a group. The LGBT group.”

Check out his blog, which is entitled Naughty Book Kitties, <3 forevs. Also look at that photo of him! He looks so ready for battle.

Christine Johnson, a Utah representative who recently served as a surrogate mom for two gay men, is moving to South Carolina. She’ll be the executive director of South Carolina Equality. She also plans to come back a few times to see the baby. (@

The European Court of Human Rights decided that countries in Europe don’t have to grant same-sex marriage rights.

The court said that individual countries were best placed to decide on their own laws on this this issue.

Two Austrian men brought a case to the court saying their fundamental rights were breached because Austria does not recognise same sex marriage.

But the court said there was no Europe-wide consensus on the issue.

The US Supreme Court has ruled that names on anti-gay petitions in Washington State are indeed public record. The high-court ruling against Protect Marriage Washington, which organized a petition drive for a vote to repeal the state’s domestic partnership law, says disclosing names on a petition for a public referendum does not infringe on the signer’s freedom of speech enough to warrant overturning the state’s disclosure law. (@bostonherald)

Soledad O’Brien sank her teeth into the DADT issue as it currently stands, which is basically in limbo until December. There isn’t much new info here, but we always love testimonials from soldiers who have experienced the problems with this policy firsthand. It really brings everything home.