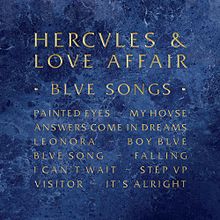 Everybody must get stoned.

On July 12, 1979, in my hometown of Chicago, a pair of radio shock-jocks hosted “Disco Demolition Night” at Comiskey Park, a horribly misguided baseball promotion where belligerent hair-band-loving knuckle-draggers crushed, burned and bulldozed piles of disco records. To this day, the event has been criticized not only for the sheer asinine nature of it, but for its overtones of racism and homophobia from its disgust and HULK RAGE over a genre that was (and still is) so heavily linked with black and gay culture.

Disco lay dormant for a while — and tragically, following its death, came the losses of many of its finest musicians, producers and distributors as the AIDS crisis ravaged the scene — but thankfully, it was never fully demolished. Echoes of the genre came and went, but in the mid-to-late noughties, a huge resurgence of the disco sound occurred. Soon, the genre came back into vogue, and thanks to people like James Murphy (LCD Soundsystem/DFA Records) and Kevin Barnes (Of Montreal) and Alexis Taylor (Hot Chip) and Beth Ditto, disco-inspired music came back into vogue.

The subject of that ill-conceived Chicago evening comes up during The Guardian‘s podcast interview with Hercules & Love Affair frontman Andy Butler, whose DFA-backed, disco-tinged debut single “Blind” (with Antony Hegarty on vocals) came in at No. 1 on Pitchfork’s Top Tracks of 2008 (and their No. 18-best Song of the 2000s) and won the hearts of sweaty, dancing indie kids from coast to coast. Although the conversation is heavily focused on disco, Butler, like dance music, is ever evolving and transitioning, and his new album, Blue Songs, released last week, feels more Chicago house than Studio 54.

Fans of Butler and Co.’s last effort will notice changes right away, to both content and personnel, the subtraction of Nomi Ruiz (among others) and addition of two new voices, the lovely Venezuelan vocalist Aerea Negrot and superfan-turned-singer Shaun Wright. Instead of Special Guest Star Antony Hegarty, our guest vocalist with credentials is Bloc Party’s Kele Okereke, whose twitchy-thighs moans and sighs float above the blips and Casio stings on “Step Up.”

Those looking for a glimmering dance party anthem to match the likes of “Blind” and “You Belong” will not find it here, alas (although ’80s-tastic, wobble-bass-laden single “My House” is quite nice and will get some asses shaking). Like Picasso, Butler totally changes styles to honor his own “blue period,” and there’s a feeling of vulnerability throughout. But that’s not to say Butler’s deviation from disco is one giant foray into bummerdom: the album’s two most interesting tracks are the ones with the least connection to the band’s old sound. “Boy Blue,” sung by Wright, is a lovely, melancholy acoustic guitar-framed ballad Butler actually wrote for Sinead O’Connor, because, as he explains in the Guardian interview, she helped him get through his “blue period” and learn to embrace being different. The follow up, the similarly named “Blue Song,” is dreamy, blippy bliss. And there’s a clarinet! A clarinet!

Anyway, it’s not as life-alteringly amazing as the first one but still worth a listen. The Guardian has a stream of the album here. So get on that.

Or, just listen to “Blind” over and over again. That’s totally okay too.