My first interaction with Hello Flo began at about 12:34 in the morning when, deep into my insomnia-fueled nightly Facebook adventure, I spotted a link that my friend Christianna had posted on her wall, with the commentary that this exists, but why does it exist? The link took me to this page, the page where they outline their services/plans. And in my tired-but-sleepless state, I began my Facebook rant (and spoiler alert, my rant was wrong! I will disagree with myself in future!). You see, Hello Flo is a service that sends tampons, pads and candy directly to your door based on the amount you say you bleed: “Low Flo” is 3-4 days, “Medium Flo” is 4-5 days, and “Heavy Flo” for 5-7 days. It’ll send you just the right amount of supplies for $14, $16 or $18 per month. And my first thought was, omg, all that packaging and waste and monthly fees when a Diva Cup totally eliminates the need for any of it! And then Christianna and I had a public conversation about the capitalization of normal bodily functions and vaginas and the systematic willful ignorance of women’s political, social and financial power at the same time as capitalizing upon their monthly bleedies.

It was round about the same time that this video was brought to my attention – a video I only watched a few minutes of, because once I was full of Feminist Vagina Rage, my insomnia suddenly seemed less big and I was able to sleep. Anyways, here’s the video. I had a good chuckle and then stopped it right about 1:14, 1:15-ish and slept nice and hard.

I woke up and decided to write about that YouTube video – it does so many things right. It portrays a young girl who doesn’t view her period negatively, even calls it the Red Badge of Courage. It doesn’t use scare tactics about first periods or tampons, but rather shows her disassembling one out in the open to see how it works. She talks to her peers about menstruation, albeit in a funny, slightly inaccurate way. But hey, I can get behind a ketchup bottle strapped to Dora the Explorer for laughs, especially since treating periods with actual humor hasn’t really been done until very recently. There wasn’t one instance of white pants or serene looking female yogis or parasailing in a white swimsuit to be found, nary a one. In fact, though the ad features girls and periods, it didn’t include really anything overly-feminine like period-adjacent/pad/tampon ads generally have. They unabashedly use the word “vag” in an age where politicians are taken to task for discussing female genitalia during abortion debates. Plus it takes place at a camp, and we at Autostraddle do a have special place for Camp in our hearts. But as I watched the remainder, I realized that this was an ad for Hello Flo, something I had totally missed the night before. 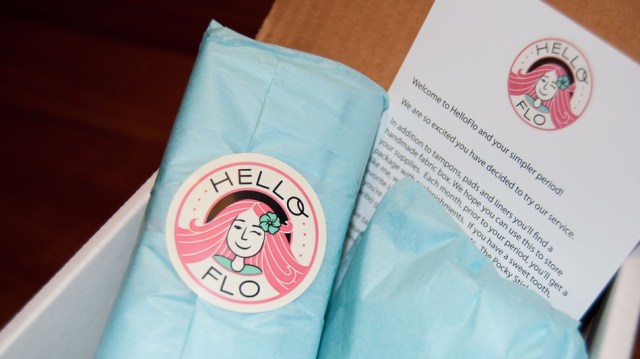 So then I checked my Facebook. Indeed, someone had posted the ad. And someone else had posted that this is probably a HUGE money maker and they were kicking themselves for not having thought of it first. Curious about who was actually benefitting from this company and video (I had Facebook ranted about the patriarchy without really knowing, my whoopsie) I looked up a little bit about the company, and discovered an interview with founder Naama Bloom. Turns out this company is run by a kick butt entrepreneur, a woman, and that Hello Flo is also a period tracking/reminder system as well as a tampon delivery service. And according to Jezebel and Adweek, her creative process sounds a lot like mine and my friends’:

“We came up with this idea over a bottle of wine and a bunch of Thai food one night,” HelloFlo founder and CEO Naama Bloom tells Adweek. “I was listing out my insights about the period experience and shared the story of the girl at camp that my friends and I all turned to for advice. When Pete said ‘You mean like a Camp Gyno?’ we basically knew what we had to do. Only humor could tell this story in a way that would be relatable, endearing and shareable.”

Which made me think about the way I had reacted in my exhaustion-based stupor – what was so bad about this period tracking + tampon delivery service, anyhow? It’s certainly not my opinion that everyone switch to menstrual cups, though I do wish more people knew they existed when making decisions about how to do their periods. Duh. No. I tell people all the time, if it ain’t broke, don’t fix it: if you love tampons or pads or reusable pads or whatever you’re using, then keep using them. It’s only when you become dissatisfied that you might want to reassess. So many people in these here digital times buy normal stuff on the internet, even have things on reoccurring order like paper towels, cleaning supplies, toilet paper, even if they’d be cheaper in a store. Many of us pay for the convenience of various household items coming to our doorstep with minimal effort. Heck, I patronized Fresh Direct in North Jersey just so I wouldn’t have to carry groceries up four flights – why should tampons be any different? Having the option to receive snacks and tampons in your mailbox is just one more way to get snacks and tampons, and it’s based on your cycle, so why was I so quick to period shame? I feel like my Feminist Rage should be directed elsewhere and that this was a classic case of snap fuck-giving and an inappropriate fuck direction. For more information on the proper care and distribution of fucks, see Katrina. And if you are a user of pads and tampons, consider patronizing the innovative company that brought us this great commercial. 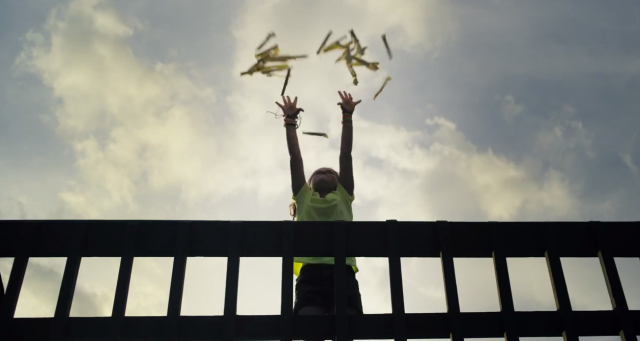 TAMPONS FOR EVERYONE! (THAT WANTS THEM! AND ISN’T USING A DIVA CUP!)