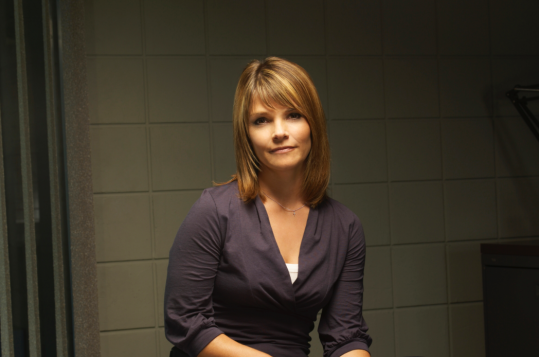 Is seemingly able to withstand extended periods of time (all of it, all the time, every minute of time) with #1 Mansplainer Robert Goren, so. Generally doesn’t ping. 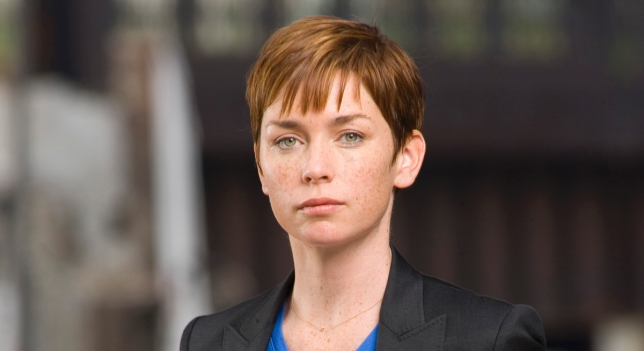 Literally everybody on Criminal Intent bugged for me. 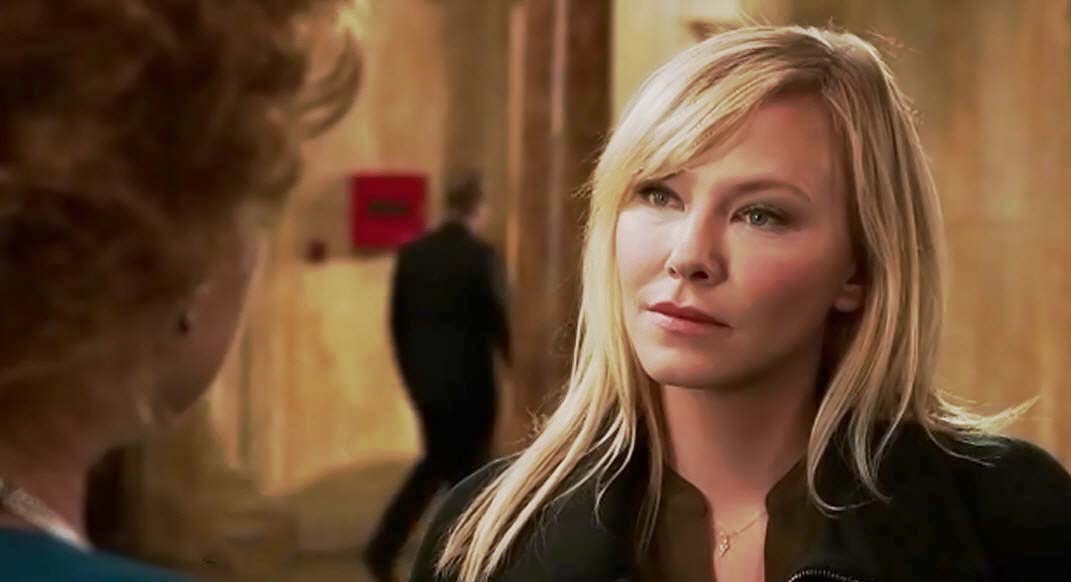 Can’t be a lesbian because her and Carisi are MTB. But she could be bisexual and have an affair with her babysitter. Olivia Benson wouldn’t like that but Olivia Benson isn’t the boss of Rollins’ personal life. 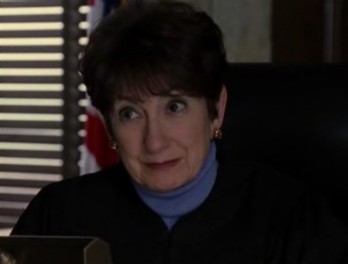 Has a deeply adversarial history with Alex Cabot, so probably she is homophobic. 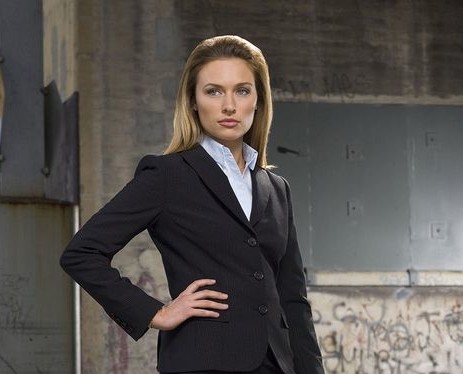 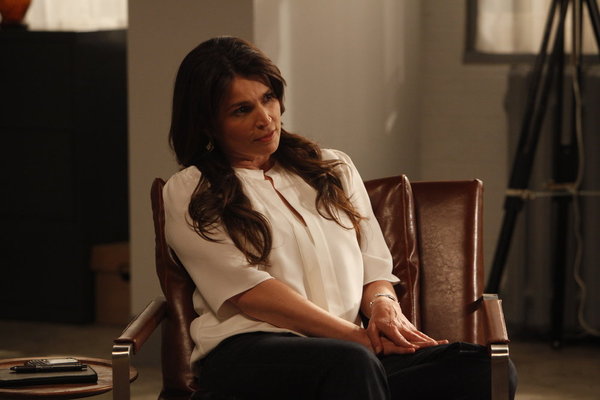 I have no memory of this character but if I did, it would be a memory of her driving away from her ex’s house on a motorcycle. 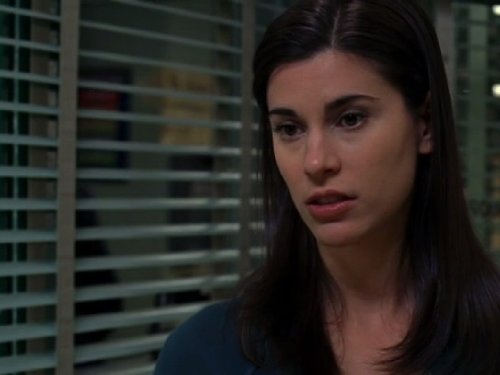 Who? Statistically speaking, is probably gay. 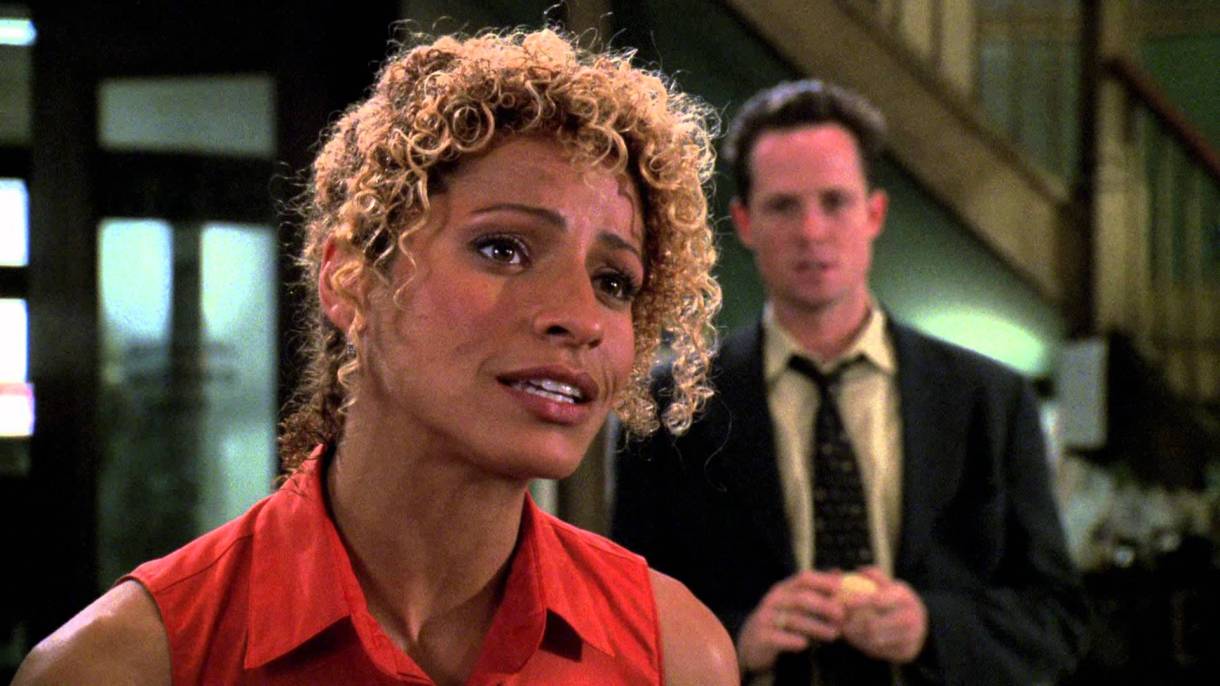 Never truly fleshed out or given time to shine, leading her to be replaced by Ice-T. Also used to work out at my gym in Union Square. That has nothing to do with anything besides spandex in general. 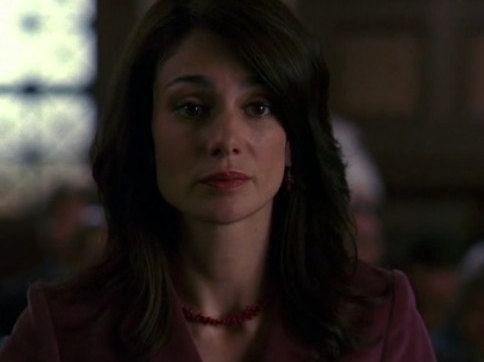 Has “relatives in Venice.” Is brutally murdered. 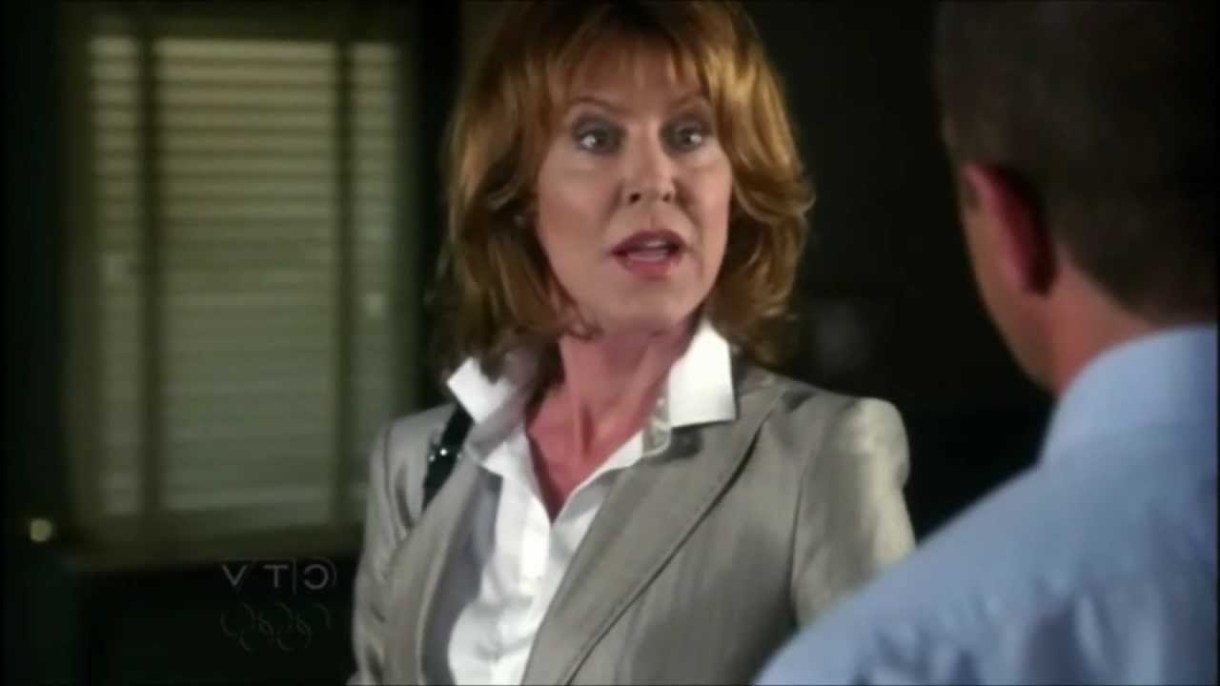 Elliot Stabler considered her “hungry for power.” Alcoholic. Lives by her own rules. Is brutally murdered by somebody else’s stalker. 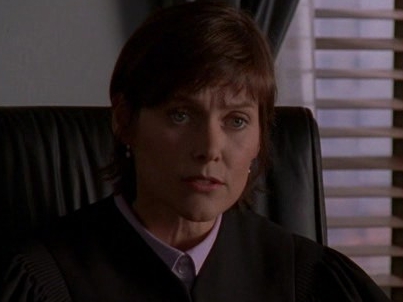 Her name is “Jamie.” Lesbian haircut. Intense custody battle with her ex. 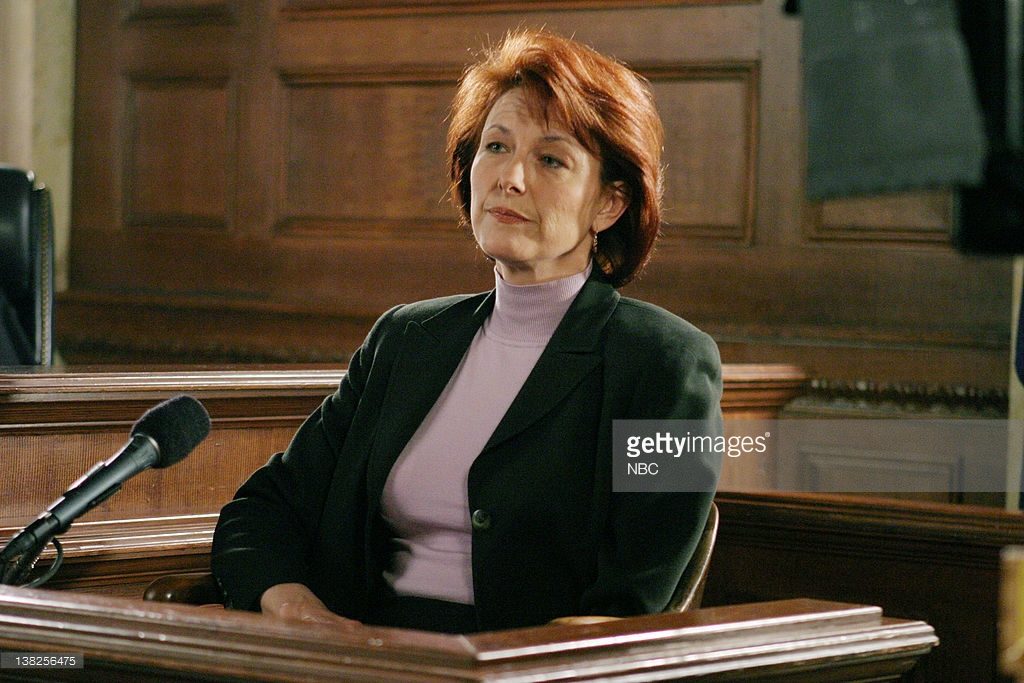 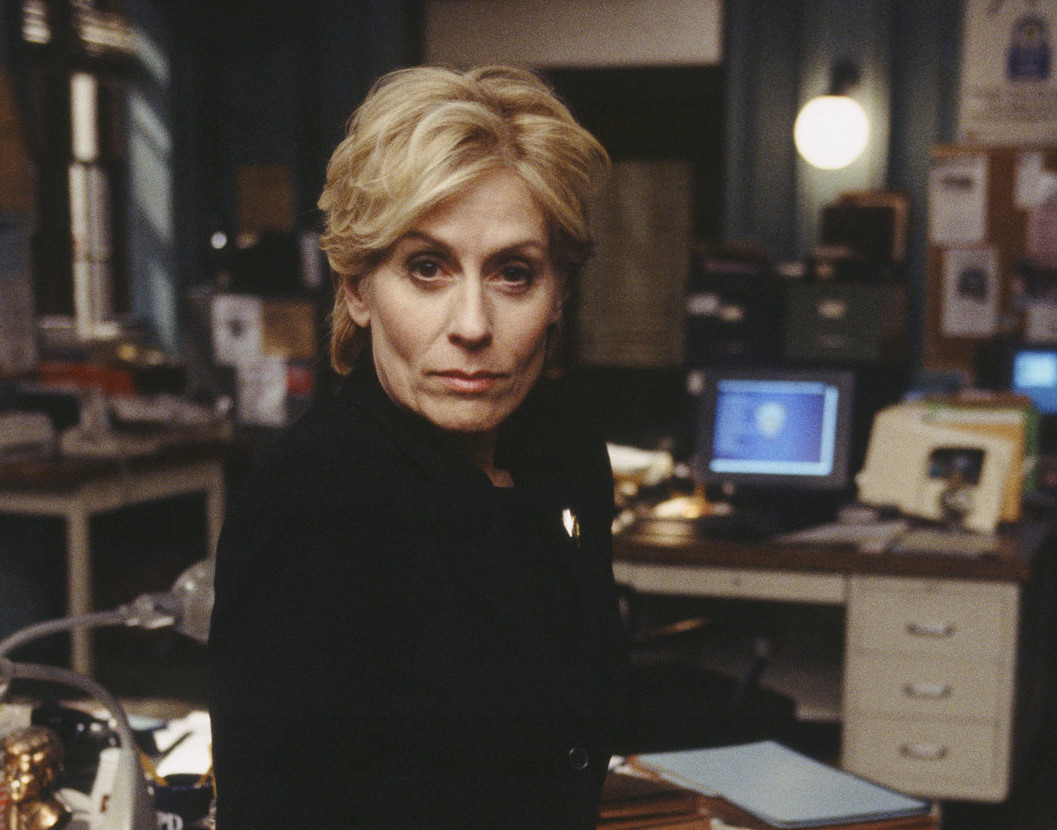 “The ballsiest character the franchise has ever invented – male or female” –  Susan Green & Randee Dawn, The Law and Order: Special Victims Unit Companion 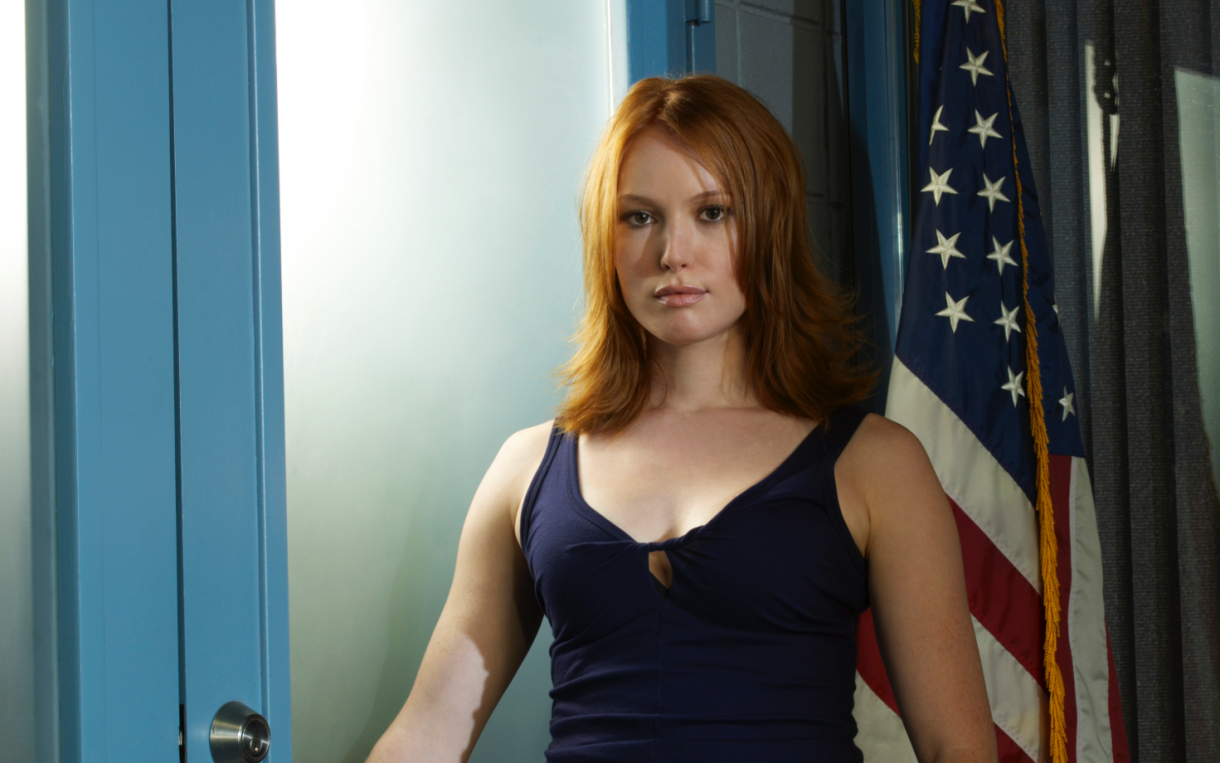 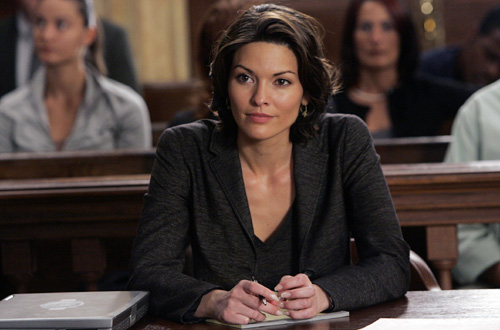 “De La Garza is, per the show’s distaff tradition, obliged to have Rubirosa scissor her legs around the DA’s office.” – Ken Tucker, Entertainment Weekly 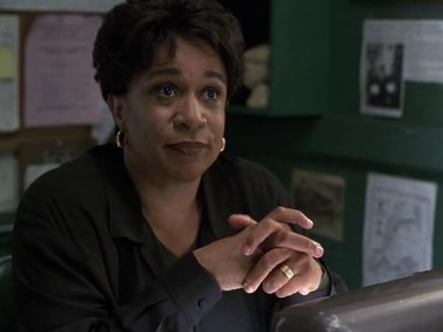 That’s the same face she makes at the hospital when they’re like, “I’m sorry you have to be legally related to the patient in order to be granted visitation rights.” Nope, not today. NOT ON MY WATCH. 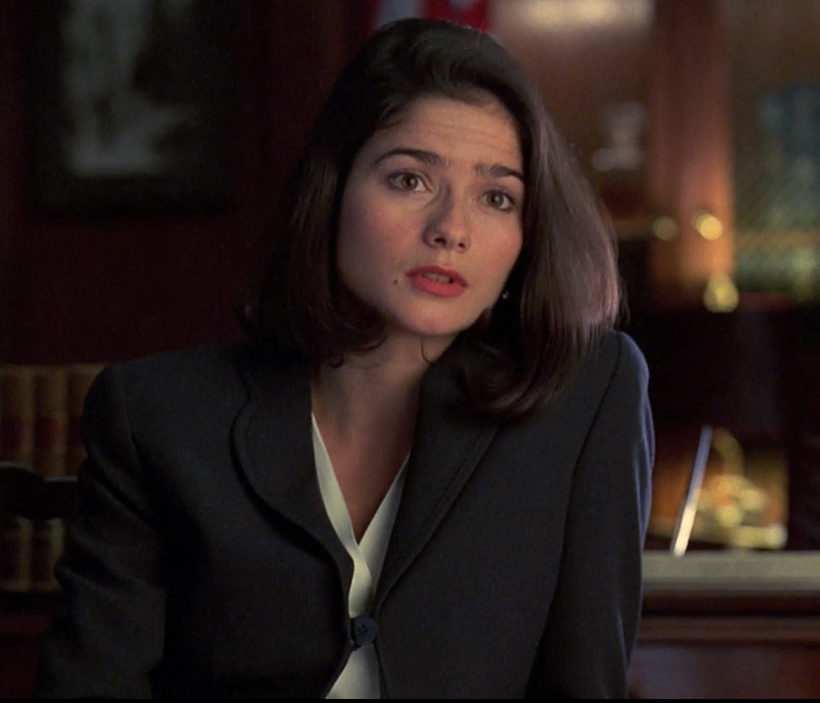 Lesbian voice. Pro-choice feminist, Scully haircut. Died in a car crash while helping a drunk detective get home from the bar. 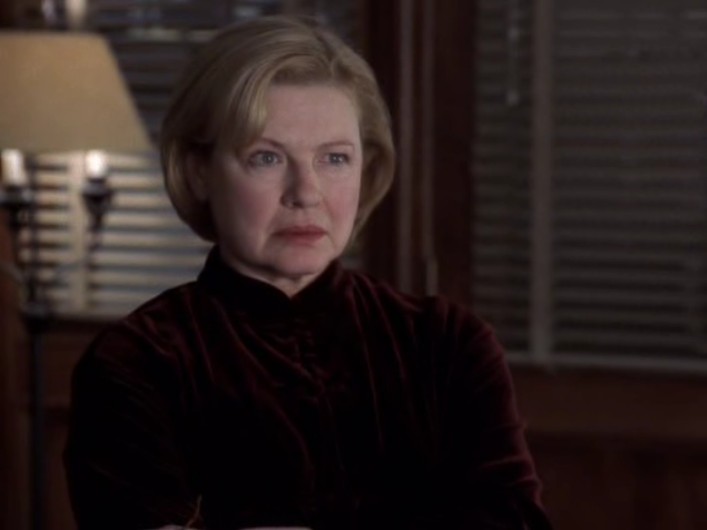 First female DA. Definitely a kinky top who sleeps on a pile of money. Probably does “in contempt of court” role-playing. 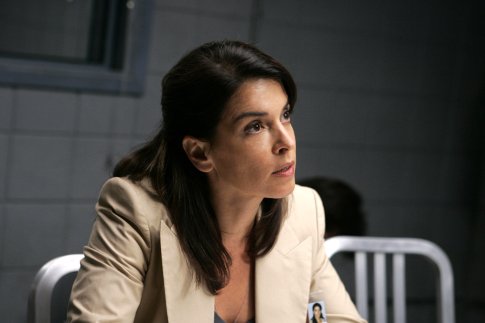 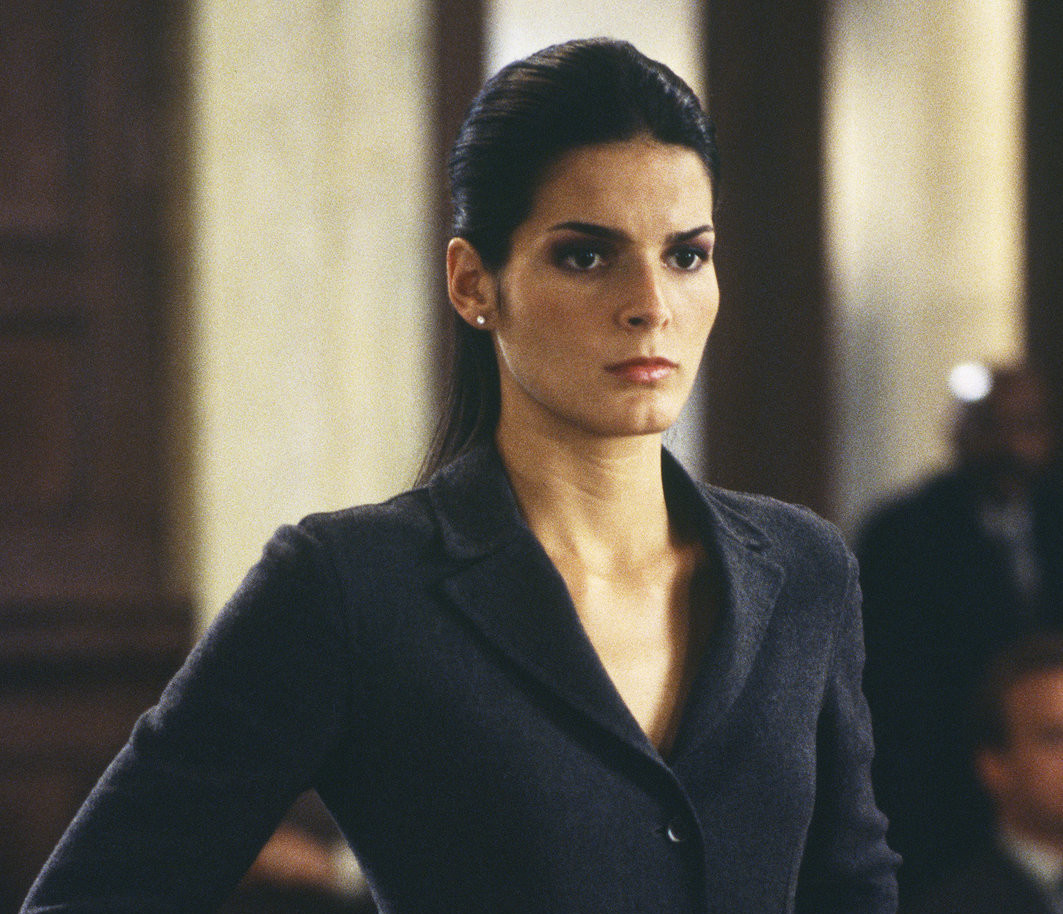 Was on the track team at the University of Texas. Overall moral situation leans Log Cabin Republican. 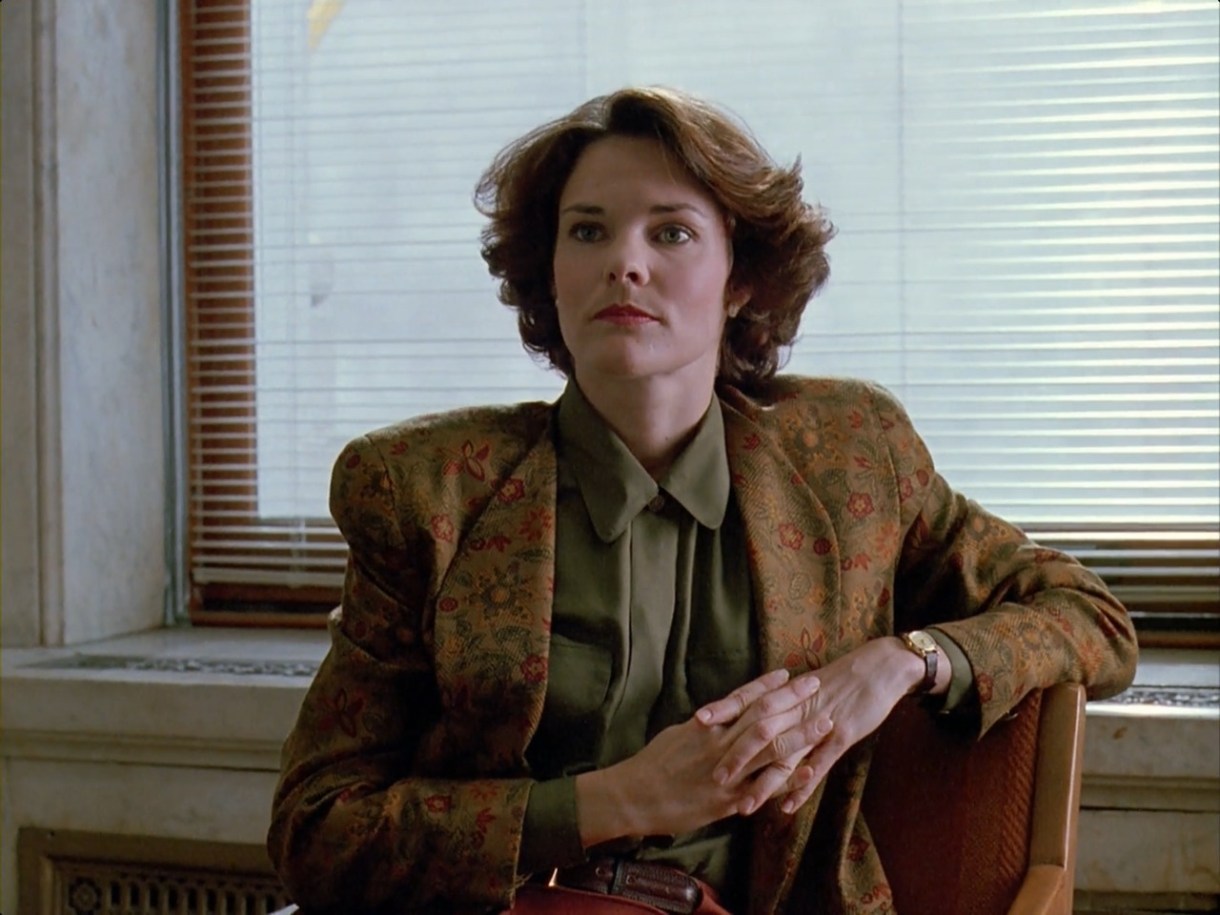 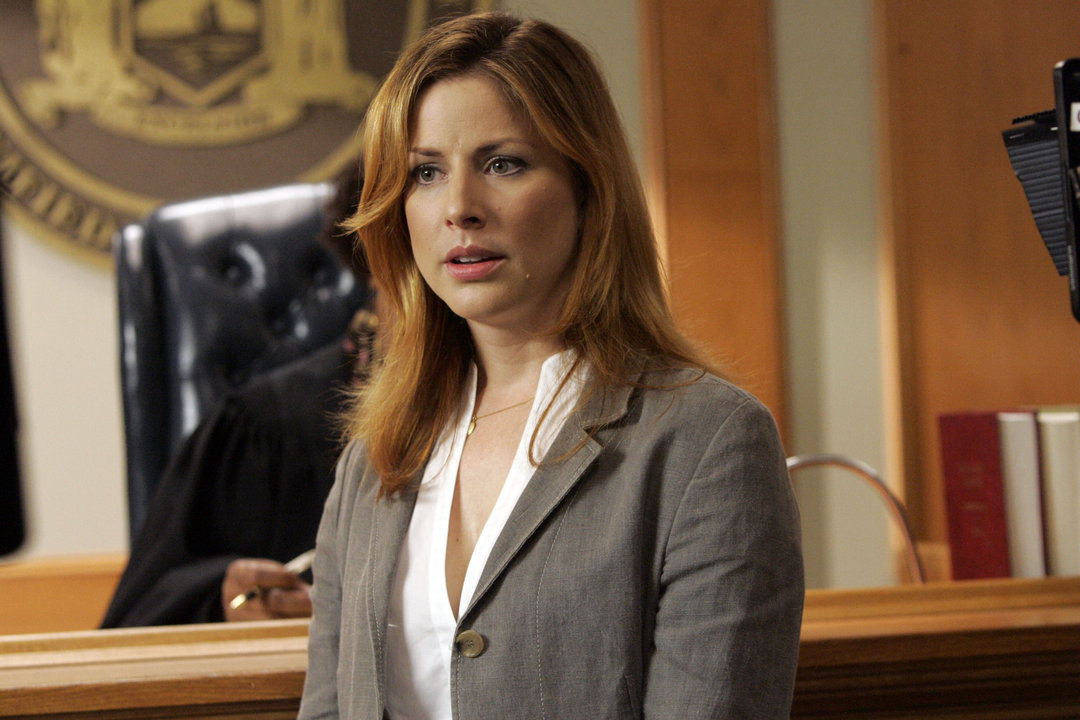 Lesbian voice. In her first appearance on the show as ADA, lesbian doyenne Olivia Benson comes to Casey’s office to yell at her and finds Casey IS ALREADY CRYING. This is a unique lesbian trait, crying in anticipation of being yelled at by Olivia Benson. Also: plays softball, troubled ex, tense relationship with her former lover/mentor Elizabeth Donnelley.

In her former life as a straight woman, appeared as a witness in a case involving everybody’s favorite procedural topic, autoerotic asphyxiation. 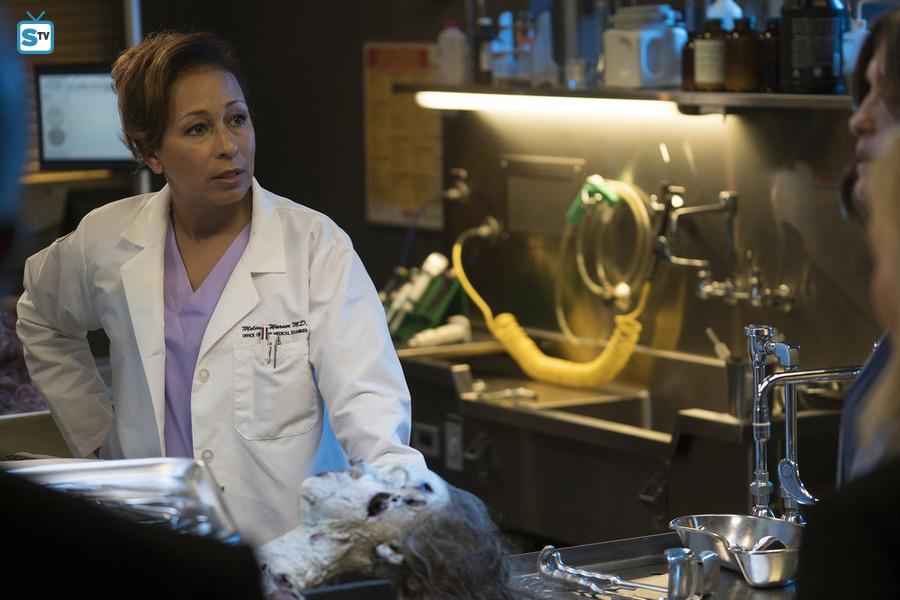 Knows her way around a body, strategically buries the lede. Is the Heather Hogan of Law & Order in that every time she walks into a room I think, “Oh good, somebody has arrived to make sense of things.” Looks good in a lab coat. 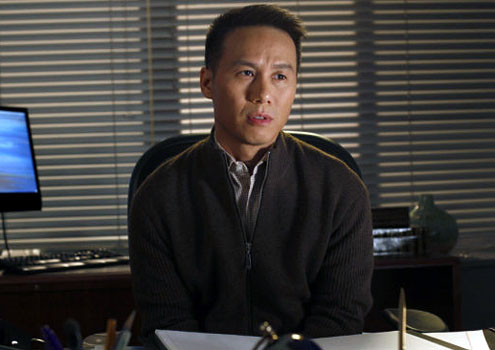 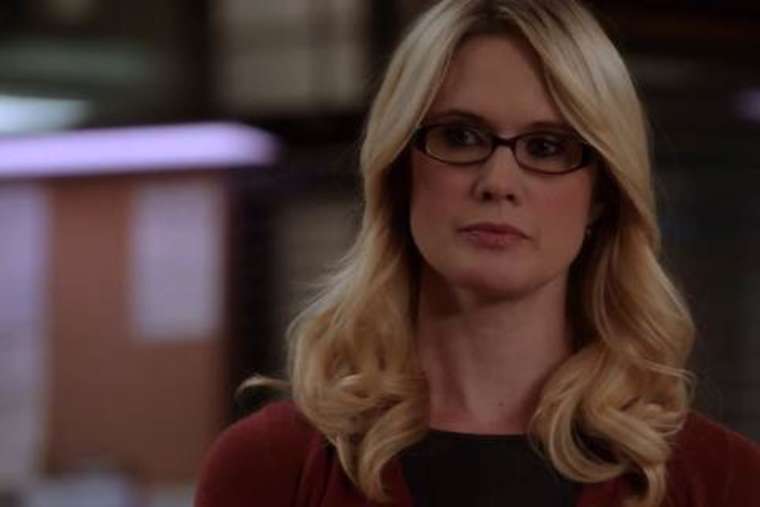 Lesbian voice. Has an off-screen fan-created deeply implied romantic relationship with Olivia Benson. The Ciara song “Like a Boy” was inspired by Alexandra Cabot, I think. In a press call, as reported by AfterEllen, Stephanie March said of Olivia/Cabot being in love, “I’m not saying we’re not… I’m not saying we’re not in love.” CLOSE ENOUGH. 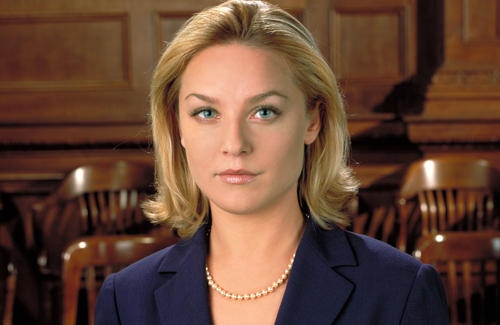 Good news here is that Serena Southerlyn, in addition to having my middle name as her last name but with the Southern term “Southern” in front of it, is actually a lesbian. We know this because HER LITERAL LAST LINE ON THE SHOW FOREVER was after she got fired and asked, “is this because I’m a lesbian?” We all know the answer to that is always yes. (Technically her last line is “good… good” after Branch says she’s not being fired for being a lesbian. But she is being fired for being too emotional about her cases, which is basically the same thing.) 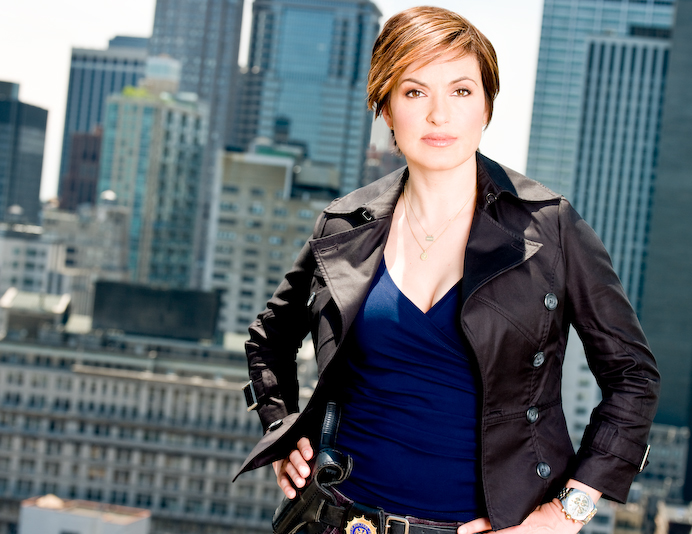