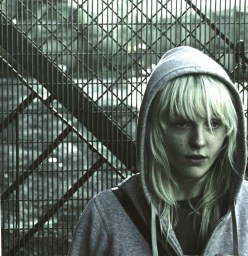 Back in April, Laura Marling released her second album, I Speak Because I Can [buy it on itunes] I was really excited, wrote about it in a few Audiostraddle Weekly’s and then… I just didn’t listen to it. I finally gave it a spin this past weekend and despite it being 4 months old, I’m writing about it now.

First, allow me to shed light on the Laura Marling-Noah & The Whale–Mumford & Sons love triangle that you may or may not be aware of. Young Laura Marling dated Charlie Fink, lead singer of Noah & The Whale back in 2007-2008. (Watch this adorable Black Cab Sessions performance with just the two of them.) When their schedules allowed, Marling sang and performed with Noah & the Whale while they served as her backing band. Fink even produced Marling’s first album. But in 2008, after each released their respective debuts (Marling’s Alas I Cannot Swim and Noah & The Whale’s Peaceful, The World Lay Me Down), Marling and Fink embarked on their respective tours. Her new backing band was – can you guess? – Mumford & Sons, led by Marcus Mumford. Shortly after, Marling started dating Mumford, thereby breaking poor Charlie Fink’s heart.

Why did I waste your time with that soap opera? Trust me, Autostraddlers. I have a reason. Following the aftermath and nursing the heartbreak and devastation of losing Marling, Fink poured his soul into the songs of Noah & the Whale’s second record, my favorite album of 2009, the spectacular The First Days of Spring. Fink’s feelings were out there for the world to see, and it seemed as if he had the last word. Now, I see that he didn’t. 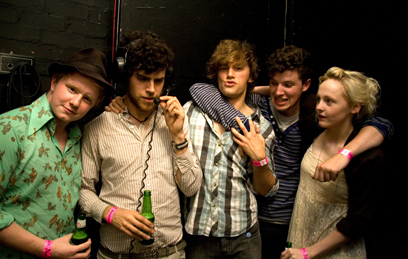 On Marling’s 2010 release, I Speak Because I Can , she strikes back with “Blackberry Stone.” Watch an early performance of the song with current beau Marcus Mumford below:

+
There’s no ambiguity here: Her lyrics directly reference Noah & The Whale’s “Hold My Hand As I’m Lowered.” And it’s beautiful! I’m completely sucked in by the song and the drama behind it. Any other break-ups that have inspired songs you love? Tell us about them!

Read Stereogum’s interview with Laura Marling about the song and download a B-side demo here. You can also read a review of I Speak Because I Can at The Guardian UK.

Pitchfork, the pseudo-pretentious music website considered mandatory reading by some, has launched Altered Zones, “a team of 14 music blogs dedicated to exploring these emerging musical worlds, traversing genres from psych and drone to electronic and underground pop,” according to their website. We’re talking crazy obscure stuff here, like limited release cassette tapes. It seems harmless enough, even good, but the music blogosphere is buzzing and it’s not because everyone is excited.

Altered Zones is essentially a blog aggregator. It sifts through content from 14 blogs hand-picked by Pitchfork and collects blog posts at one, convenient website.

So what’s the problem here? I didn’t see it at first, either. After all, Pitchfork is paying these bloggers for their content. But after reading Leor Galil’s post at True/Slant, I see the problem Altered Zones poses. Galil says:

“By aggregating a select number of blogs into a single site and using their significant pull in the music world, Pitchfork’s Altered Zones could cut music listeners’ web browsing down to size. With everything supposedly worth listening to available on a single site, why would you want to even think of exploring elsewhere?”

The folks at Impose Magazine take it a step further and look at revenue streams. Although Altered Zones is currently ad-free, there are plans to open it to advertising in the future. Impose Magazine says they “see it as one more step towards homogenizing the streams of music industry straight back towards the few companies who currently control the pipelines.”

I’m on fence about Altered Zones, but for now, I’ll read it with a healthy dose of suspicion. Do you think the music blogosphere is reacting too critically? Do you read any of the blogs featured on Altered Zones? Let us know in the comments.

Read the rest of Leor Galil’s thoughts on Altered Zones at True/Slant. 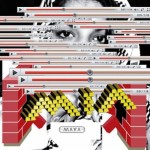 M.I.A. is now streaming MAYA, her upcoming album due out next week, at her MySpace. Although a large part of the album smacks of frantic dissonance a la “Born Free,” there is some melody to go around. It’s safe to say, though, that unless someone remixes the sh*t out of one of these tracks, there’s no “Paper Planes 2.0” to be found. Also, she hates YouTube, Google and the iPhone. Read more about it at TechCrunch.