How long have you been writing music for?

The piano riff from the beginning of “Better Than You” is something I’ve had since I was fourteen, although the lyrics back then were obviously really naive. I’ve still got my lyric book from the ‘80s and most of the lyrics are about falling out with friends, it’s really cute.

[My mobile drops out. I call back and we chat about Sydney for a while, which is one of Heather’s favorite cities to visit, fyi.]

Would you ever consider performing any of those old songs, if only for a laugh?
[laughs] Absolutely not! That would be horrible. No way. They’re the most naively written songs ever. Terrible.

Are music and acting both equally important to you, or is one a greater passion?

I get grumpy if I don’t make music, even if it’s just writing music in my lounge and not actually performing it. So music has to be in my life. Being a stage actor has helped me emotionally when performing my music, and to be honest, this year I couldn’t have done the music without the acting. If it wasn’t for my role on Waterloo Rd then I wouldn’t have been able to pay my mortgage!

I’m going back Glasgow soon to film Waterloo Rd for another six months, so I’ll try to fit in a few little shows and also put together a bigger tour for next February. We obviously want to go to America and also Australia. I think come Christmas, I’ll have to make a decision and pick one, and it will very likely be the music. But things need to be set up at a level where we can make a living from it, which we can’t do at the moment.

So you could quite happily put acting to the side and become a full-time musician?

Yeah, at least for a while. I can always go back to it. I love theatre and it’s quite easy to go off and do a theatre job for three months. I just feel like I have to give music a real go. It’s been my life, all my life, and now is the time to do it.

Long term, when I don’t want to gig anymore, I’d like to start up my own record label and take on new talent. That would be fantastic, I could even write songs for artists and not necessarily be on the road. So there are plans to focus more on music. [laughs] Really, really loosely based plans.

Is there any new talent out there that’s exciting you at the moment?

Yeah, there’s a girl who supported me on tour called Amity. Her name is Amy Forrester, and she’s like a young KT Tunstall. She’s a one woman band; she’s got a guitar and a bass drum and a beat box and a ukulele. She writes great music and also gigs and gigs and gigs and works so hard, unlike some people on bloody X-Factor. Honestly, who is interested in whether someone can sing? It’s not interesting. What’s interesting is people who write their own music and give us performances that are honest. I think Christina Aguilera could come on X-Factor as a new talent and I wouldn’t be bothered. It’s just not interesting, at least not to me.

Can we talk about Lip Service?

Were you as surprised as we all were when you discovered that Cat was going to die?

Yes! I hadn’t really kept in touch with Laura [Fraser] because she had moved to New York with her family, and also when you’re doing contract negotiations you don’t really talk to each other about it. So I was really shocked.

It was quite flattering as well. The reason they had to kill her was because, although we liked the idea of a story that would allow Cat to return to the show, the writers basically said that if we lose Cat then we also lose Sam. I wasn’t part of that main group of friends; if Cat suddenly decided that she didn’t want Sam or Frankie and that she was going to go and get a job in London, Sam wouldn’t just start hanging out with that crowd. Her story would come to an end. So it was quite flattering that they said, “we have to kill Cat in order to keep you.” The only way the group could unite with Sam was through that grief over Cat’s death. 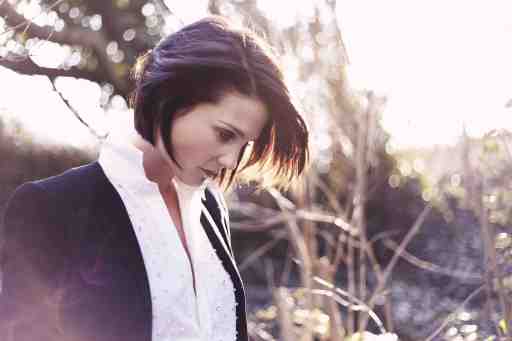 I heard you say once, when reflecting on the audition process, that you could play the role of Sam ‘standing on your head’, which was kinda funny. In the second series when everything got real, did the role become a lot more challenging?

Yeah. I said that about Sam because I had first auditioned for the role of Frankie, and I was rubbish at it! I couldn’t find anything that was loveable about her. Of course, Ruta [Gedmintas] played that role with this amazing vulnerability and really made it work, but when it was just all words on a page I thought the character was awful, I couldn’t find any redeeming qualities. So going back to that comment, I said it because the moment I read for Sam, I immediately knew who that character was.

So the second series was a lot more challenging because Sam was so solid and so steadfast, but then had to experience that major breakdown. That was really tough. I’ve never thought of myself as a method actor, someone who takes their work home, but I just couldn’t switch off after filming. I got really down, actually. It was such a dark place to go to. I would come home at the end of each day on the set and you know, my girlfriend was in Brighton and I was in Glasgow, so I would just lock myself inside the flat. I’m usually quite sociable with the cast during filming, I’m always up for going out for a drink. But this time I just didn’t feel like being around anyone.

That’s understandable. As a viewer there were quite a few scenes that were incredibly difficult to watch, like that time when Sam did lines of coke…

Yeah, it was hard taking that character to a place where she hadn’t been before. It’s as dark as it gets for Sam, it took away from her job and it really just doesn’t get any more out of character than that.

Assuming a third series goes ahead, what do you think is on the horizon for DS Murray?

I definitely don’t think it’s going to be a smooth ride for Sam and Lexy. Sam’s not over Cat and she’s not ready to be committed relationship with someone else. She probably needs a bit of rescuing, I think.

So I don’t really know where they will take things next. But I do hope there’s a little more laughter! The filming process for the second series was awful because normally I’d be filming with everybody and it’s a real laugh, but this time there were whole days where I was on my own. You know, it was just: Sam cries alone in bed, then Sam breaks down, then Sam… [laughs] oh god, it was just horrible. I would really like for the third series to start up six months later when Sam has had some time to heal, but I don’t think it’s going happen.

In addition to acting and music gigs, you’re also a patron of Manchester Pride and the Diversity Role Models organisation. Did you ever anticipate that you’d become such a visible member of the GLBT community?

I didn’t realise at the beginning, no. It felt like I was walking down the street and someone stuck a rainbow flag on my back and I just carried on walking, not knowing that it was there. And the pressures of that, of being a role model, are absolutely terrifying, there was that concern that I might screw up. At first it was like, ‘oh no, please don’t put that pressure on me’, because I’m very good at messing things up.

But that was eighteen months ago and I’m kind of running with it now, I’m all right. It’s a responsibility that I want to undertake because I think it’s important. The messages that I’ve received from young girls who have come out mean a lot to me, they’ve really helped me to accept the role and go, ‘okay, I’m doing all right, as long as I can maintain this, which I think I can’. It’s just a worry because I don’t want to let people down, and so I’m very aware now. If I go out then I’ll just have a couple of beers, I’ll make sure I’m not seen staggering around or bouncing off the walls. [laughs] That’s not cool. So I do take it very seriously.

One final question. Did you know that you ranked as #20 on the Autostraddle Hot 100 this year?

You placed well ahead of Angelina Jolie, so that’s something.

Fairytales is out now through the iTunes, Amazon.com, Play.com, HMV and probably also your local record store.